What are these echo-like artifacts in some SDO images?

I was looking at the Galleries in the NASA Scientific Visualization Studio and in the banner they show an image from SDO - the Solar Dynamics Observatory. I've posted it below along with a cropped, reversed tone of the green channel.

I see these "echoes" - really just periodic tire-tread-like little blip-artifacts (blipifacts) from time to time when there are certain bright events. They do seem to have a roughly cartesian distribution, spreading out away from the bright spot along all four diagonals. The vertical "spike" suggests the CCD axis is aligned to (x, y), so maybe it is vane-related? Does the instrument have a secondary supported by vanes?

UPDATE: I found a photomontage of a bright event shown with six different wavelength bands. It's the Cinco de Mayo Flare of May 5, 2015. Many show the same effect, but different wavelengths have different patterns - strongly suggesting this is interference or diffraction, not electronic. There is always a short-period "tire-tread" combined with a long period envelope - maybe a dozen blips, then nothing, then a dozen blips... It reminds me of the diffraction pattern from a square array of points. 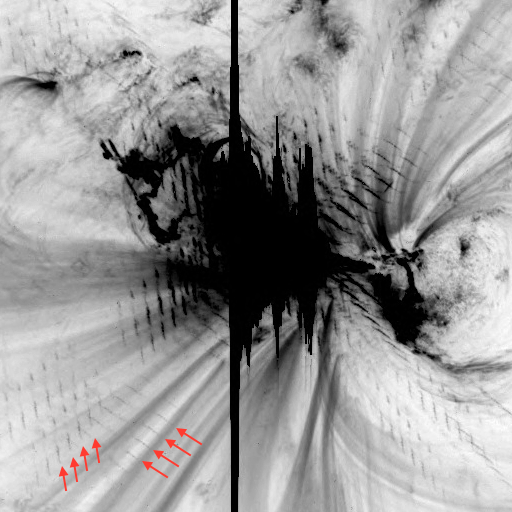 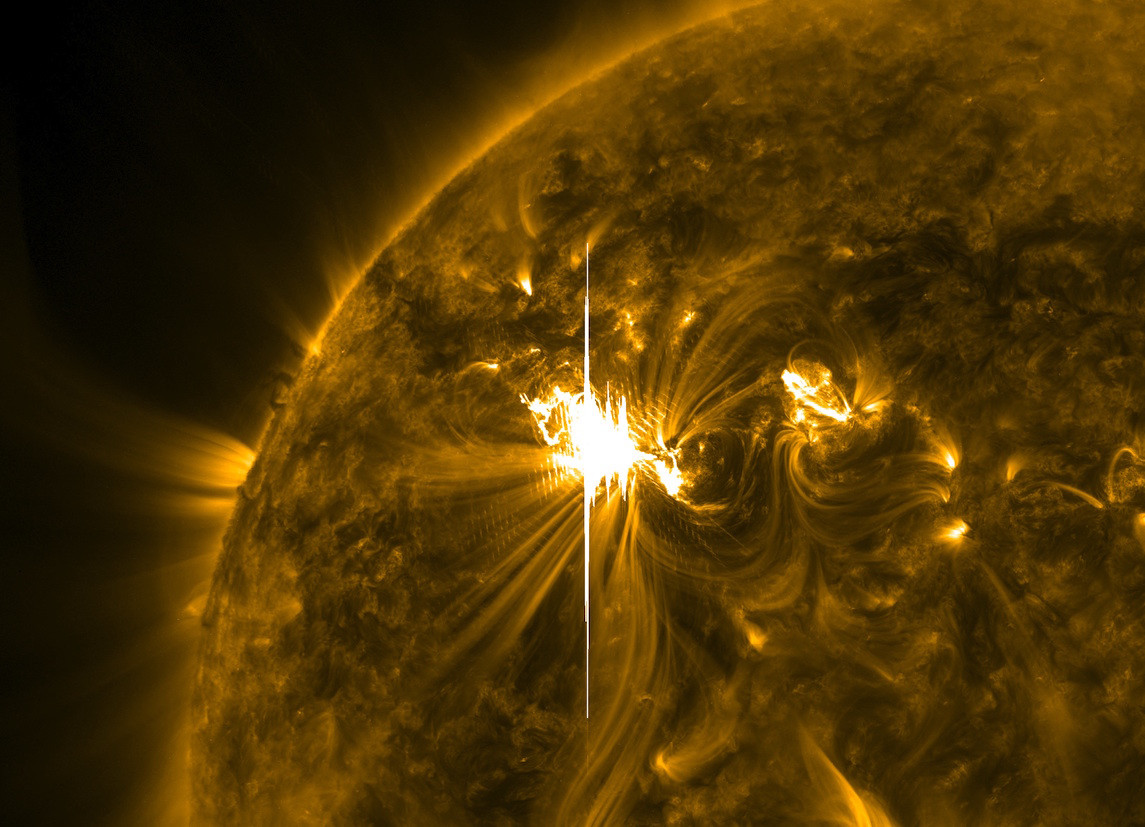 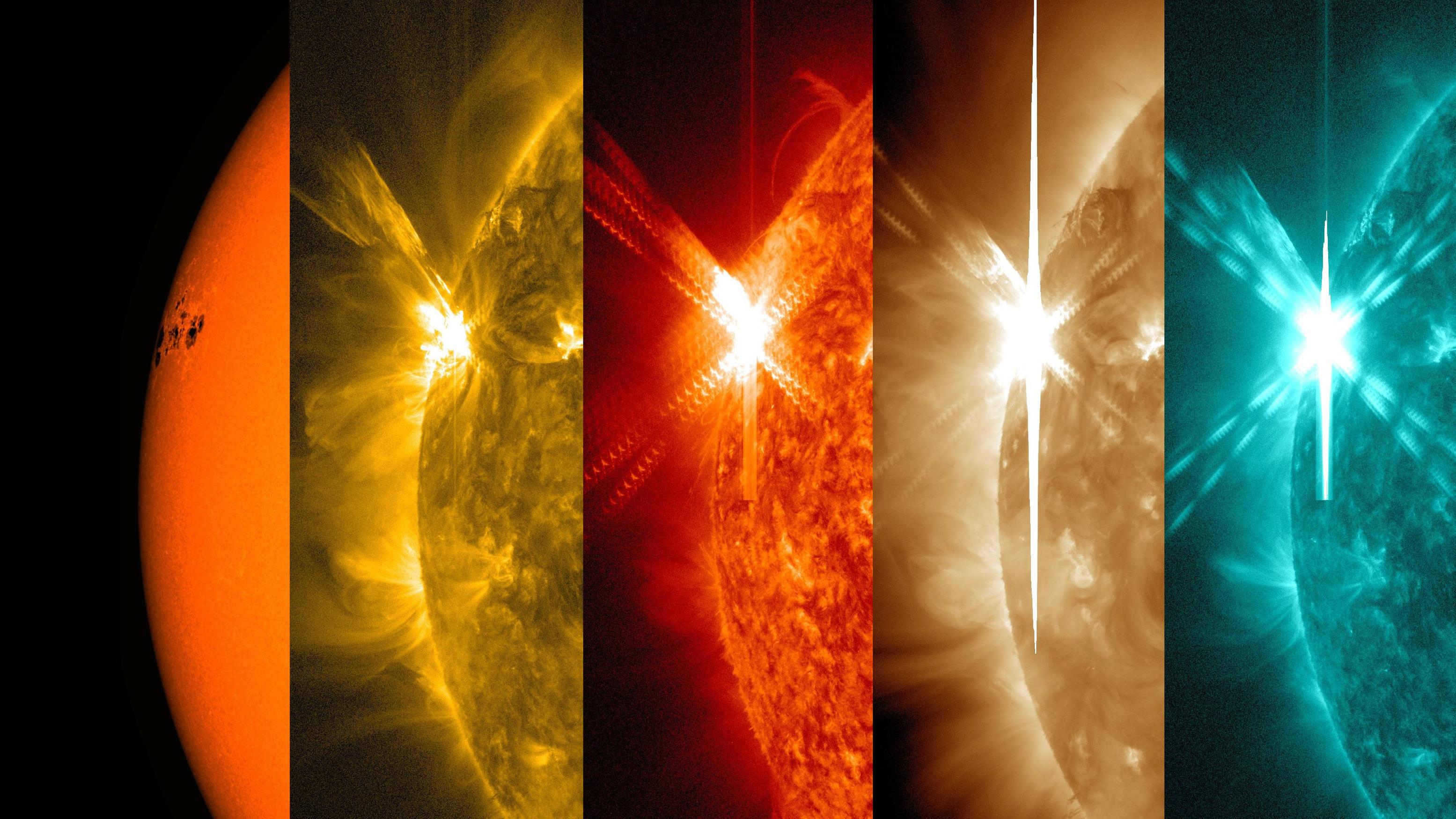 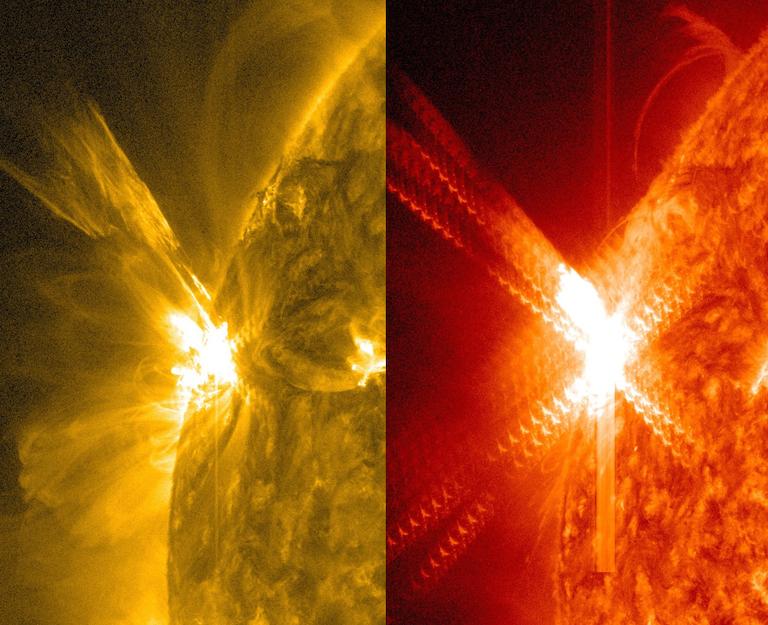 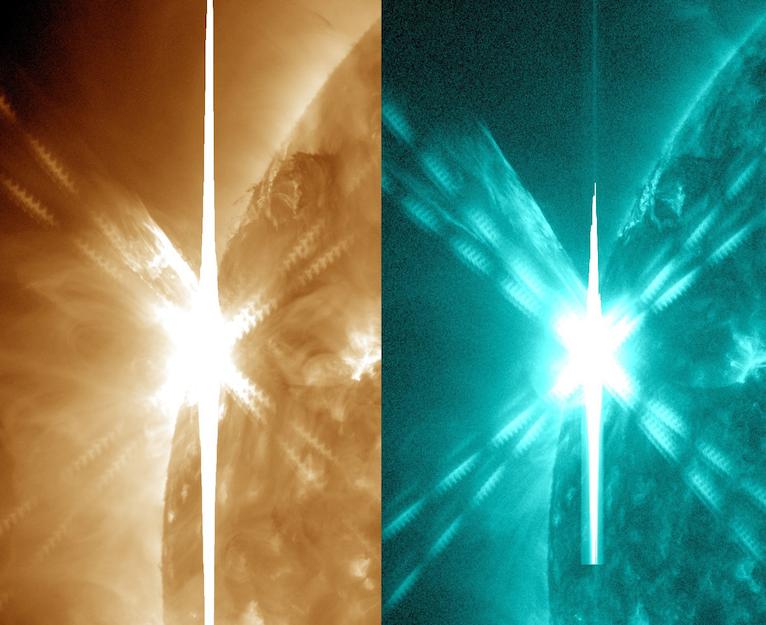 You can use this guide to compare the artificial color-coding to get the actual UV wavelength for each image. From here. 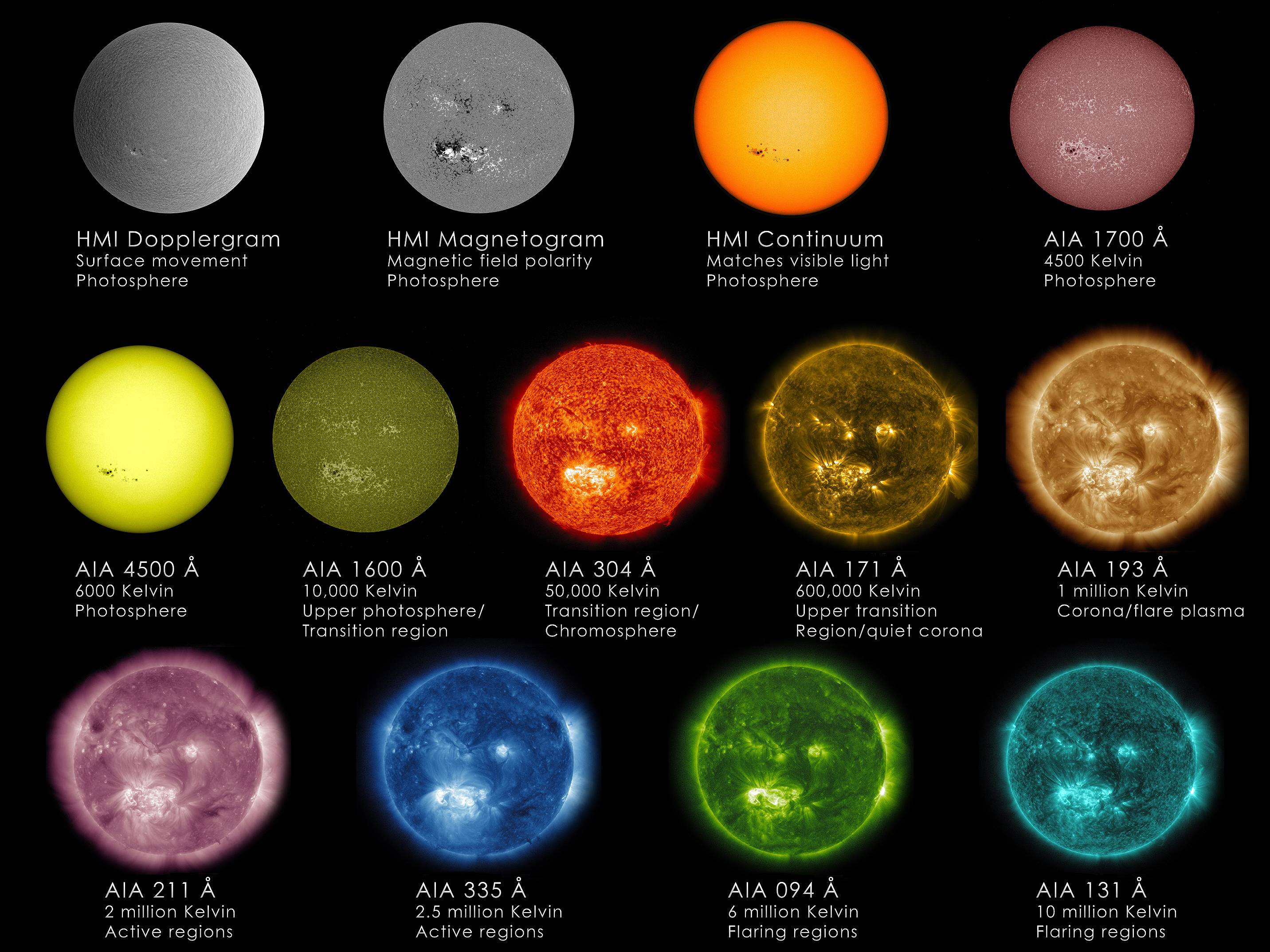 the-sun space-telescope solar-dynamic-observatory image-processing
Share
Improve this question
edited May 23 '16 at 7:05
uhoh
asked May 22 '16 at 4:31

2012rcampion found a nice paper detailing all the visual effects caused by the optical system of the satellite. According to the paper, the many small artifacts are caused by diffraction:

The optical setup of each AIA telescope is characterized by structures with uniform wire meshes used to support the thin filters that create the EUV passbands. The interaction between the incoming EUV radiation and the grids generates a diffraction effect.

This is the same optical effect that produces e.g. the shiny colors you see on the bottom side of a CD or any other microscopic and regular structure.

The banding of this pattern, i.e. groups of higher and lower intensity of these artifacts is not mentioned in the paper, but I suspect these to be an overlaying diffraction pattern caused by the aperture of the lens system (see "airy discs").

The vertical band is, as you wrote, a blooming effect commonly seen on all CCD-based photo sensors and caused by their specific electrical structure.

As the paper describes, these artifacts are not only an error in the final image, but can actually be used to increase the quality of the data. In your example images it is clearly visible that the most central regions are so bright that the camera sensor is saturating and not able to show any detailed structures. The diffraction patterns, on the other hand, are more or less precise copies of this region, but at lower intensity. Hence, they can be used to reconstruct the missing information in the central region. The paper shows some examples of this process, including some of the math involved to re-calculate the original image.

Not the answer you're looking for? Browse other questions tagged the-sun space-telescope solar-dynamic-observatory image-processing or ask your own question.

9
How was this image of the sun taken and what does it show?
5
What are these dark lines in IRIS images of the sun?

5
What are these dark lines in IRIS images of the sun?
4
What dangers are astronauts exposed to when facing the sun?
4
Why are so many Lunar Reconnaissance Orbiter images blank?
2
What causes these cross-shaped artifacts in TESS' first images?
10
What might the first deep space telescope using the Sun or Jupiter as a gravitational lens be like?
19
Why are JWST optics not enclosed like HST?