Why is the shuttle's external tank's metal skin painted the same dark color as the foam insulation?

The last flight-qualified space shuttle external tank in existence is now in Los Angeles and moved to its new home over the weekend. I noticed that what appears to be the metal skin under the insulation is also dark orange/rust colored, very similar to the insulation. I'm guessing it's paint on the metal.

As explained in this answer the dark orange/rust color of the foam insulation is it's natural color, and it darkens after exposure to the sun.

In the first photo (found in Twitter) you can see the metal tank exposed through the funny-shaped hole in the insulation. Not identical colors, but very similar. There's a good video in the article also.

I'm wondering if the metal skin was painted a similar color for aesthetic reasons, or for another reason. If it were white underneath, then "missing foam" would be much more apparent. That could be considered a good thing or a bad thing.

Photos are circa Saturday, May 21, 2016 in Los Angeles, California. First two from here. 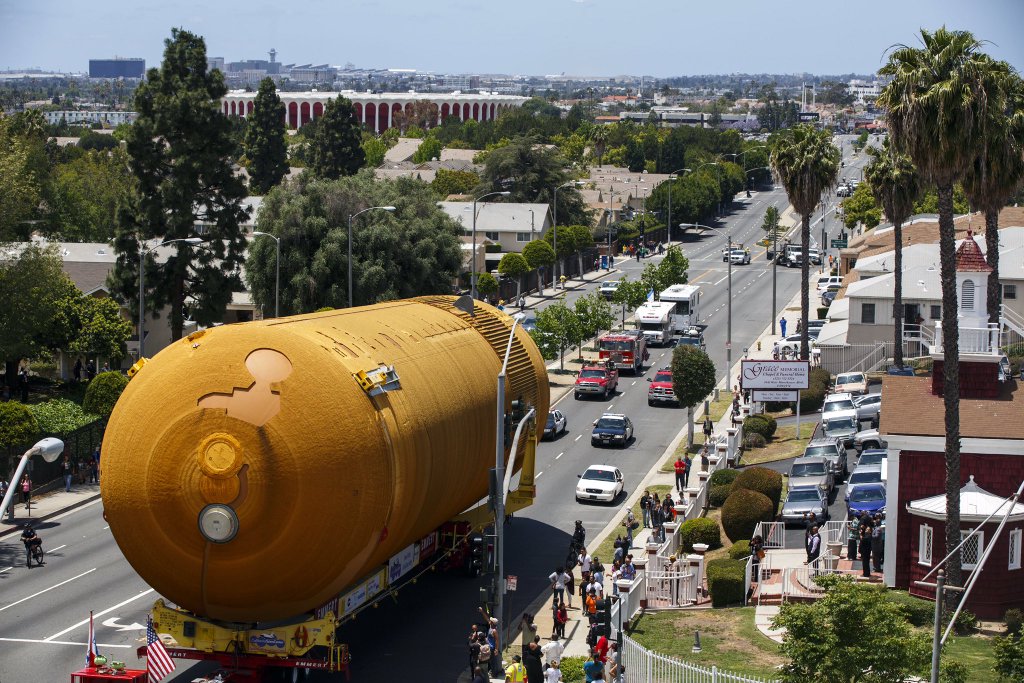 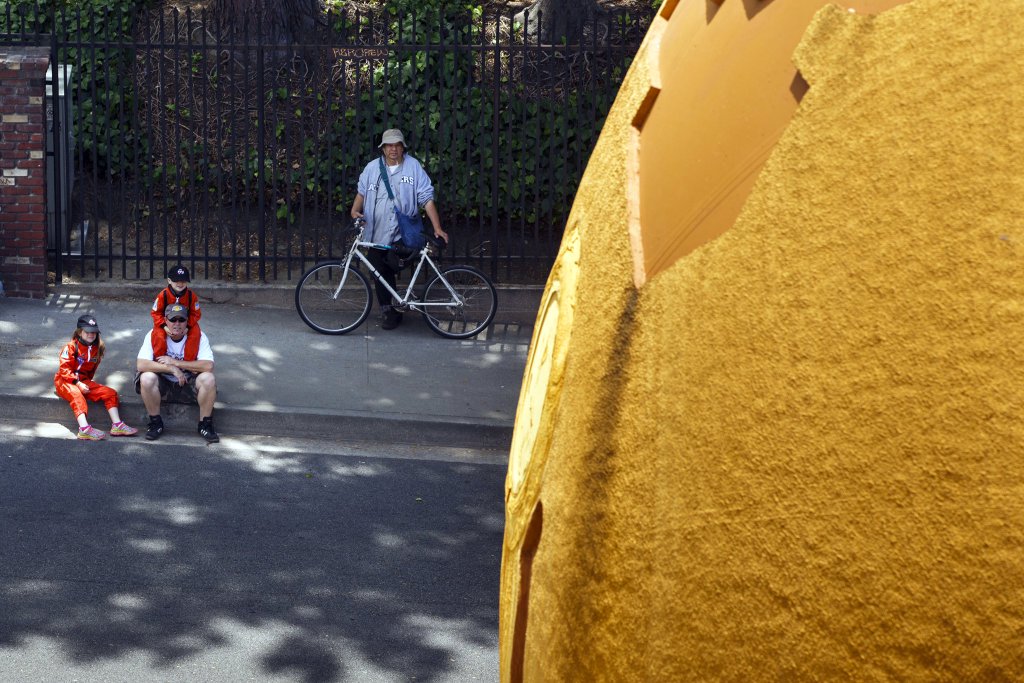 This one is from the NPR story 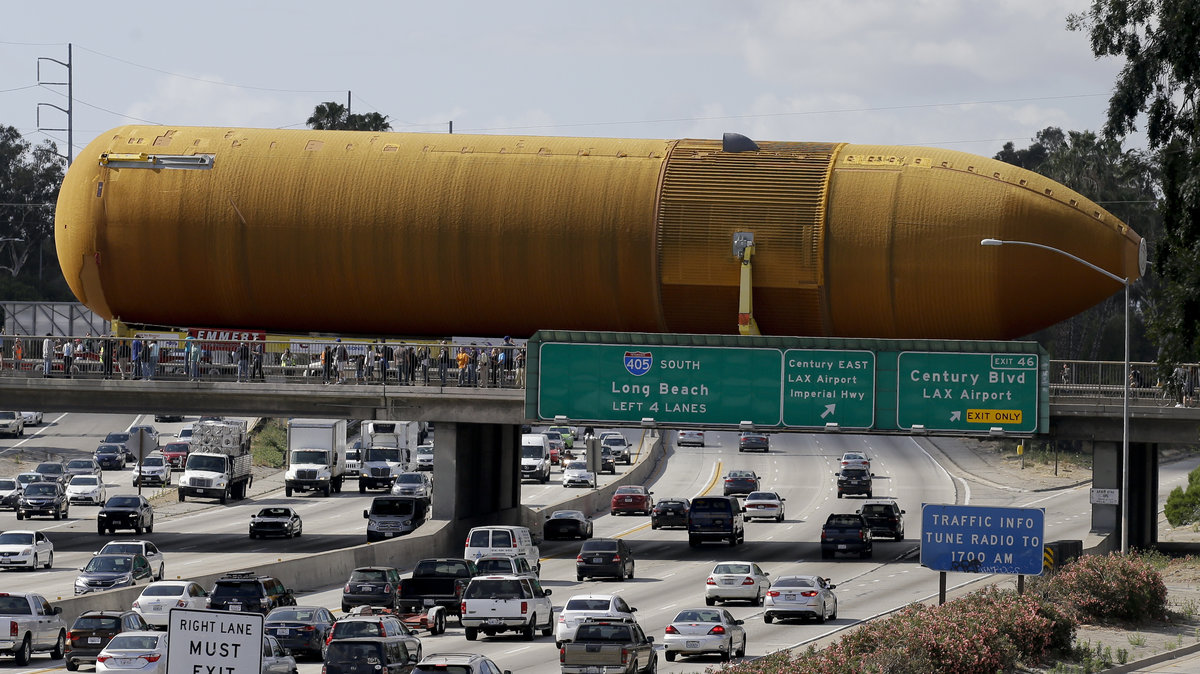 tl;dr - the parts at the rear of ET-94 where the foam was removed were painted orange for display.

The foam was not dyed but started out a light cream color. It slowly turned orange when exposed to light. Here is a picture of foam that was trimmed off during the stringer crack problem on STS-133. You can see the internal foam is lighter, and the metal is natural color. 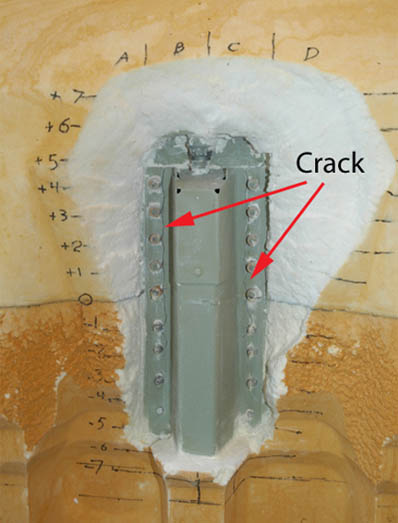 Some areas of the tank had other thermal protection materials applied, like Super Light Ablator (SLA). A good picture showing the different materials is found in the CAIB report page 51. 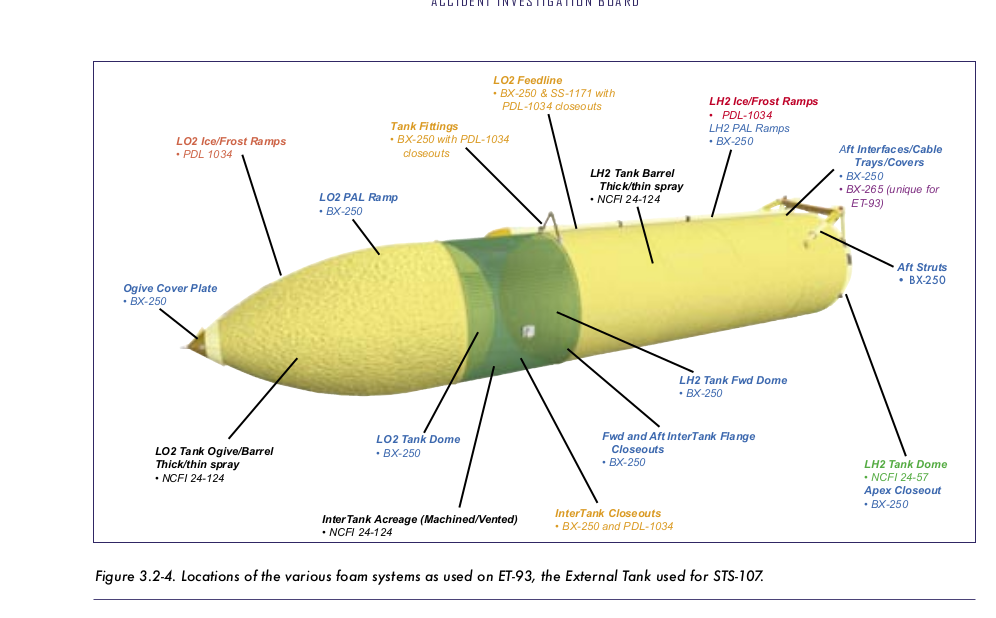 The area in the odd-shaped hole in your picture either had one of these other materials applied, or, most likely, had the foam shaved down for some reason to a lesser thickness, and the remaining foam turned orange. This tank - ET-94 - was used extensively for investigation by the CAIB, I would guess that is where the odd-shaped hole originated. However, this fact sheet states that the aft dome had SLA applied, so it may be that.

You can see the variance in the foam color in this amazing picture of four ETs at Michoud, when production was humming along. 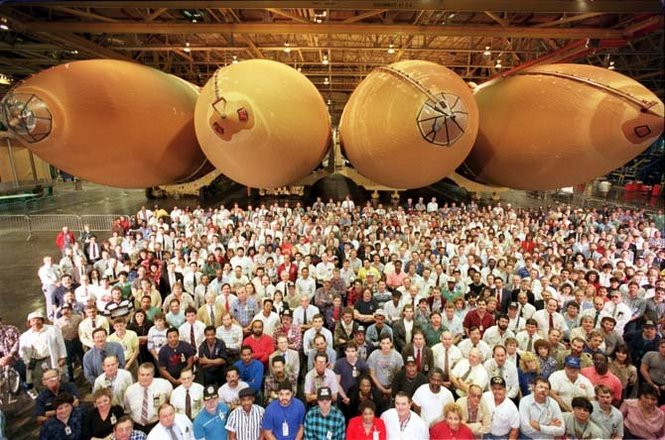 Edit: In the left background of this image taken at Michoud, you can see an unfinished aft dome with some foam applied. The metal below is clearly unpainted. 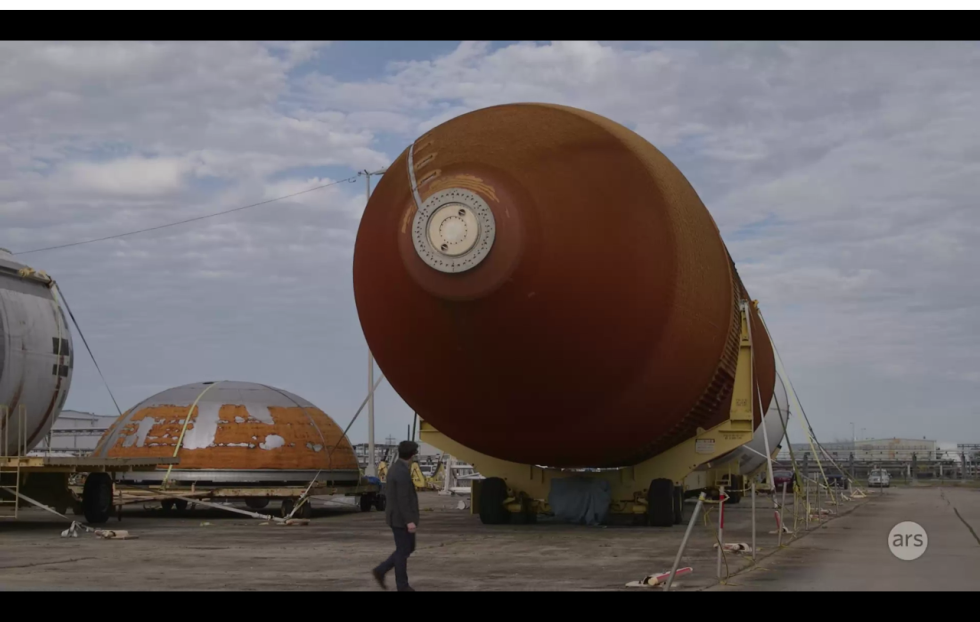 This article confirms that the "odd shaped hole" was caused by CAIB work, and says "work was done to return it to its original appearance"...I believe this is implying that the hole in ET-94 tank was painted orange for display.

Edit 2: And the smoking gun: This article talks about the paint used to touch up the tank for display and transport. The paint "was tinted to match the burnt-orange foam by PPG aerospace coatings color experts"

Not the answer you're looking for? Browse other questions tagged space-shuttle external-tank insulation museum-exhibits or ask your own question.

31
Why do the Shuttle's external tanks appear to be rusted?
5
Why are some rockets orange?