How does the SpaceX Falcon 9 first-stage straighten for landing?

I just saw this video of supposed "SpaceX Rocket Camera Landing Footage Fakery" with over a million views.

The narrator repeatedly says it's complete garbage because he doesn't understand and would like to know:

Now, you got a rocket at the bottom, how does this pencil, basically a flying pencil, regain itself and land straight down like this? ...

[How does it] go from that position, I understand the rocket [at the bottom] but what is the mechanism to straighten it out after being basically parallel, and coming straight down? Someone wanna explain that?

Ironically, the answer is in his own (or rather SpaceX's) video. 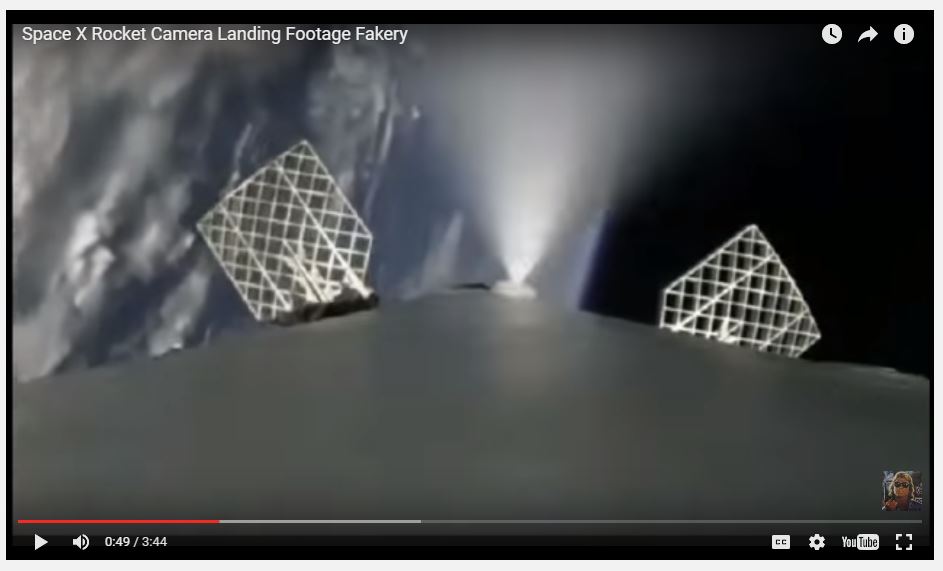 Still from 0:49 of the video showing cold gas thruster firing

The first stage of the Falcon 9 uses a set of nitrogen cold gas thrusters to perform its flip after separation, and you can see them repeatedly firing in the video. As the compressed gas leaves the thruster its pressure drops very quickly, it condenses, and shows up as white puffs as the thrusters fire.

The thrusters are mounted on the interstage at the top of the first stage to provide the highest torque to orient the stage. 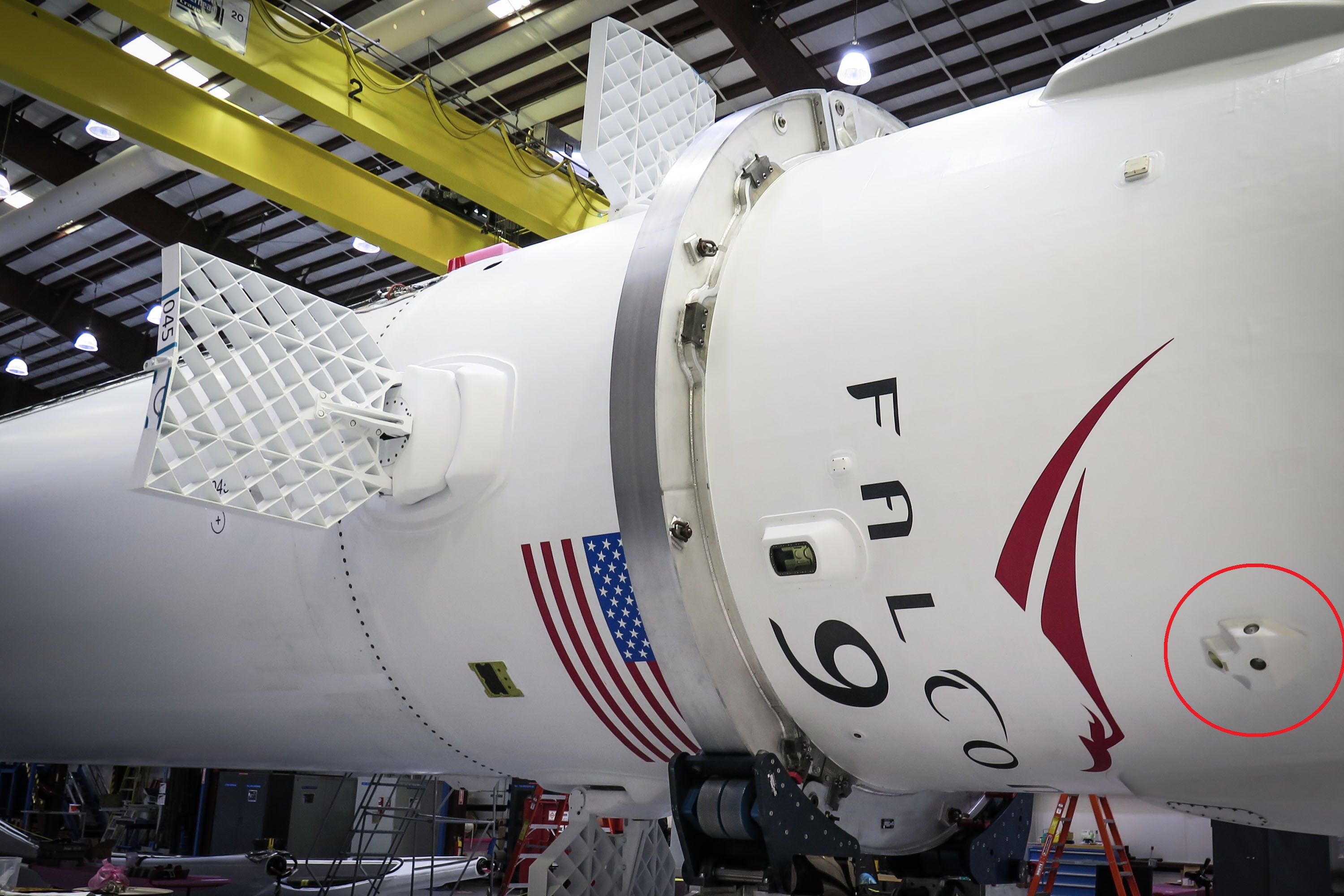 Newton's Third Law is one of those physical laws that is so blatantly obvious that everyone knows its result, but many people can't name it. If you've ever used a CO2 fire extinguisher, you're familiar with the kick as the contents are released, this force can even propel a tricycle or office chair. It is exactly that force from releasing compressed gas that allows the thrusters to operate and flip the stage. 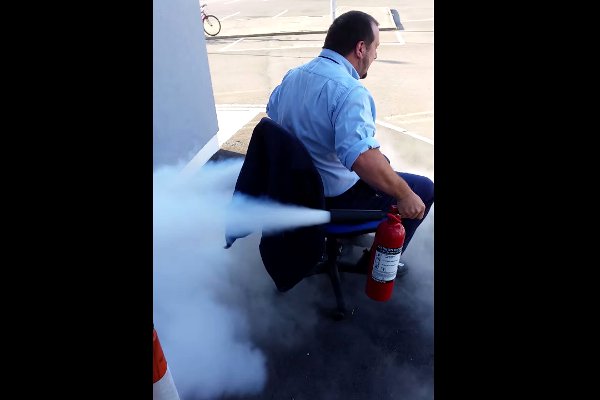 The first stage has an apogee of around 100km (depending on flight profile). At that altitude there is essentially no atmosphere (0.00003% of ground level ambient pressure), so aerodynamic control surfaces are completely useless for quickly flipping the stage. However, after the entry burn (about 0:53 in the video) the stage rapidly encounters enough atmosphere to start using the grid fins for control. 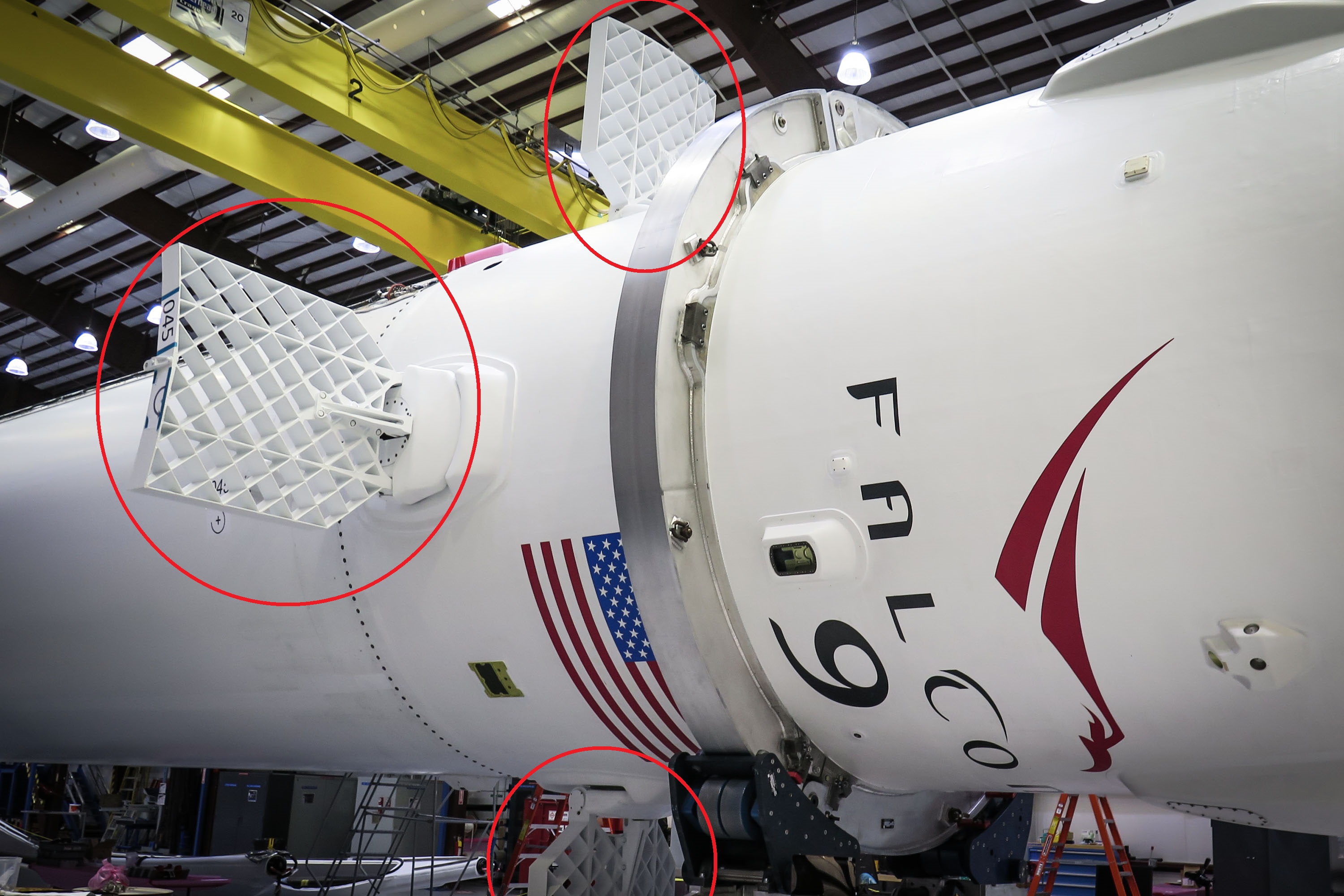 The grid fins operate like any other aerodynamic control surface; they push air one direction, and good ol' Newton provides a force the other direction. For a practical demonstration get hold of a children's swing tennis set. 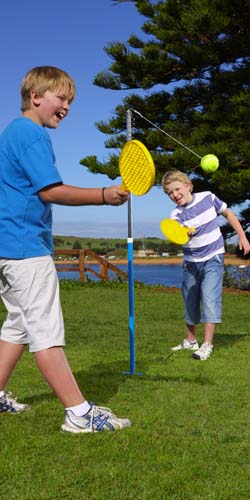 Often the rackets are a good 20-30mm thick, so if you angle one as you swing you feel a force as the racket moves through the air.

Finally, as the stage performs the landing burn (about 1:00 in the video) we add in the main engines. The stage now becomes essentially an inverted pendulum supported by the firing engine/s. The inverted pendulum is a control problem that humanity has Very. Much. Solved.

(see also How is a rocket stabilized during the initial, slow speed, portion of launch?) 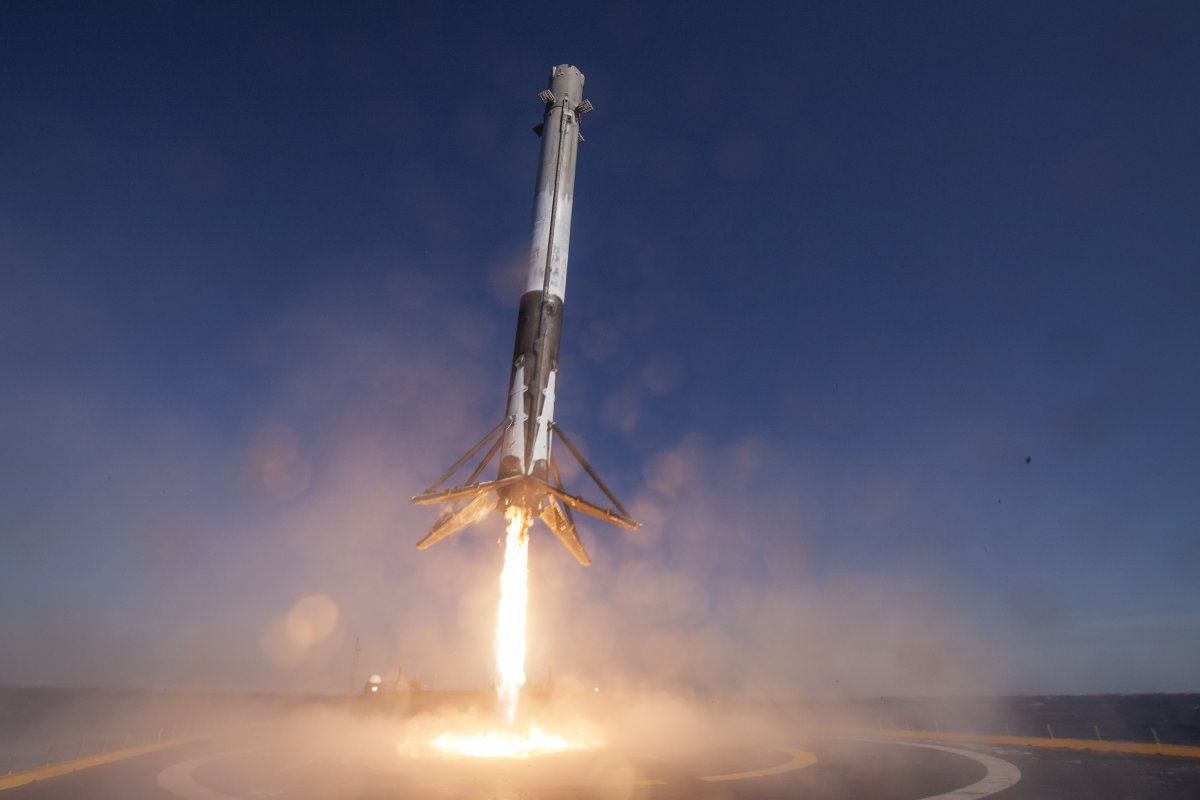 During the landing burn all three systems are in use, the engine/s are gimbaling, grid fins rotating, and thrusters firing (not visible in this video, but very obvious in the CRS-6 landing video).

It's actually a combination of several systems:

Not the answer you're looking for? Browse other questions tagged spacex falcon-9 landing first-stage droneship or ask your own question.

10
How does the Falcon 9 achieves horizontal flight control
46
How is a rocket stabilized during the initial, slow speed, portion of launch?
15
How effective are Falcon 9 1st stage grid fins in the last few seconds before landing?