How effective are Falcon 9 1st stage grid fins in the last few seconds before landing?

This answer discusses the three methods that the Falcon 9 1st stage uses for attitude control during re-entry and landing. They are: cold nitrogen jets, "hypersonic" grid fins, and thrust vectoring of the engines.

It is pointed out there that the grid fins are moving even in the last seconds of landing. I suggested that like the front arms of the Tyrannosaurus Rex - they may move when it moves, but that doesn't mean that they are necessarily doing anything useful.

The following questions and their answers are relevant:

What is the function of the hypersonic grid fins on SpaceX's booster?

How long does the F9 first stage remain hypersonic under control of its grid fins?

Did CRS-6 landing fail because the steering fins are ineffective at low speed?

In this Tweet and image, Elon Musk calls them "hypersonic grid fins". 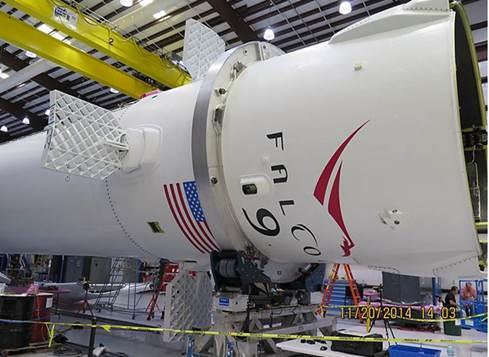 My question is How effective are Falcon 9 1st stage grid fins in the last few seconds before landing?

I'm looking for something quantitative, and with some kind of supporting information, rather than opinions. Thanks!

The speeds are at most a few hundred kph and of course down to zero. My feeling is that since they are actually pretty small and mostly holes, at these speeds they are not significantly effective, but they keep moving anyway because it is simply safer to not have anything in the control code that turns them off, thereby reducing one possible failure mode.

I also believe that in the last few seconds before landing, where velocity is low and fast attitude correction time is crucial, only thrust vectoring is useful for attitude control of the Falcon 9 1st stage.

So if they are indeed ineffective at the end, bonus points for an explanation why they keep moving! :)

Here's a video of an early test of the articulation (no cows were harmed). At around 01:20 they rotate, and the rocket begins to roll as well. Is this cause and effect? Is it the correct direction?:

Screen shots from the video: 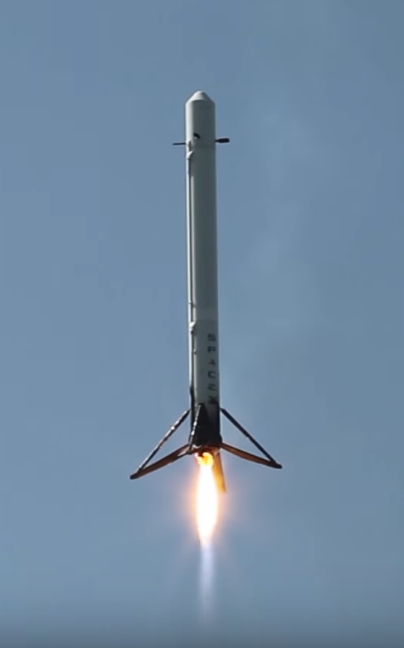 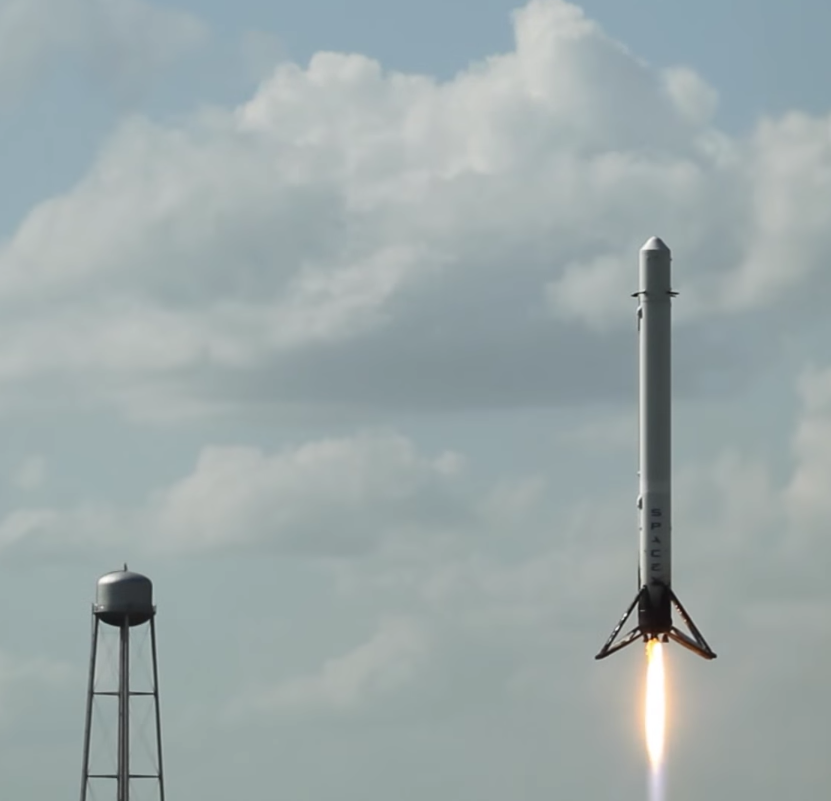 T. Rex: (model thereof) and annotation to help illustrate the question. (from Wikipedia) 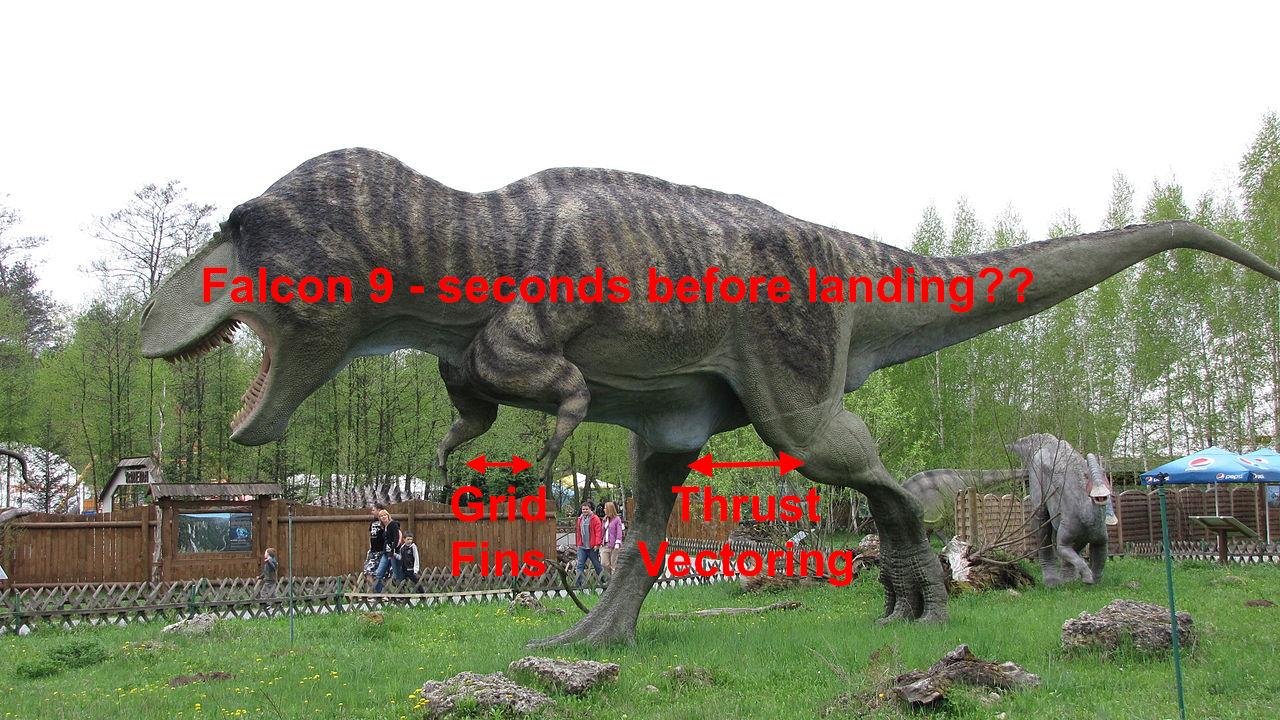 The grid fins are a critical control surface to the returning Falcon 9 first stage, but are only useful during certain parts of the flight after the second-stage has separated.

However, the grid fins were the critical control surface during some phases of the earlier part of the reentry. Let me break it down by phases:

Not the answer you're looking for? Browse other questions tagged spacex falcon-9 landing supersonic or ask your own question.

49
How does the SpaceX Falcon 9 first-stage straighten for landing?
28
Falcon 9: engines stabilize spin
16
What do the Teeth on the SpaceX Falcon Mod4 do?
5
What is the function of the hypersonic grid fins on SpaceX's booster?
9
Did CRS-6 landing fail because the steering fins are ineffective at low speed?
7
How long does the F9 first stage remain hypersonic under control of its grid fins?
9
Grid Fin lift to drag ratio

7
How long does the F9 first stage remain hypersonic under control of its grid fins?
5
What happens if the Falcon 9 launches with its grid fins open?
0
From which direction was the Falcon 9 1st stage's landing approach (BulgariaSat-1)?
3
How do the F9 grid fins extend and rotate?
19
On the Falcon Heavy, why are the side boosters using Ti Grid fins, but not the center core?
12
Can SpaceX Falcon 1st stage hover during landing?
2
What is producing these strange lights around the Falcon 9 grid fins (Starlink launch)?
4
Can the grid fins affect the rotation of the Falcon 9 descent?
2
How do grid fins actually work? Which aerodynamic mechanism(s) produce the torque on the spacecraft?