Were any changes made to the composition of the Shuttle's thermal protection tiles over the lifetime of the program?

One of the main components of the Space Shuttle's thermal protection system for reentry was the layer of tiles on the outside of the orbiter. What, if any, changes were made to the composition of these tiles between the first and last flights of the Shuttle program?

In 1981, each shuttle had more than 24,000 tiles of six by six inch blocks made of silica (high grade sand) and fibres. These are made of silica fibres and chemicals mixed, molded and heated at microwave oven at 2350 degrees, at which temperature the silica fuses to form a high temperature insulator.

In earlier days of the shuttle program, three types of spray on foams were used 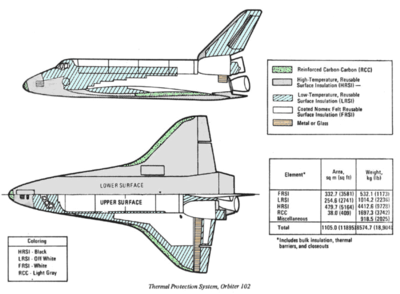 Previously spacecraft used ablative heat shield which usually burnt off and cannot be reused after re-entry and they are very heavy and they are also used in Apollo command module comprised of 0.333 of vehicles weight and they are fragile and can be crush a tiles by hand

After Columbia accident the changes are made to the tiles:

13
Was the possibility of damage to the SS Columbia made public before it reentered on Feb 1, 2003?
6
Why didn't the space shuttle use non-foam-shedding external tanks?
0
Shuttle silica ceramics black tiles
18
Did any of the Space Shuttles land through rain or rainclouds?
5
What was the primary role of epoxy layer between metal structure and insulation foam on External Tank of Space Shuttle?
1
Why was the reusability of the SSMEs so poor, and why was this considered acceptable given their purpose to launch a reusable vehicle?