Why did the Thaicomm-8 SpaceX First stage come into port leaning to the side?

Looking at pictures of it coming into Port Canaveral we see it listing to the side, the Leaning Tower of SpaceX.

Why is it leaning?

Landing looks like it came in hard on one leg, as it corrected at the last moment to get right on target (since the center engines gimbal is the main control mechanism at that point in flight). You can see this in the SpaceX Flickr feed like this: 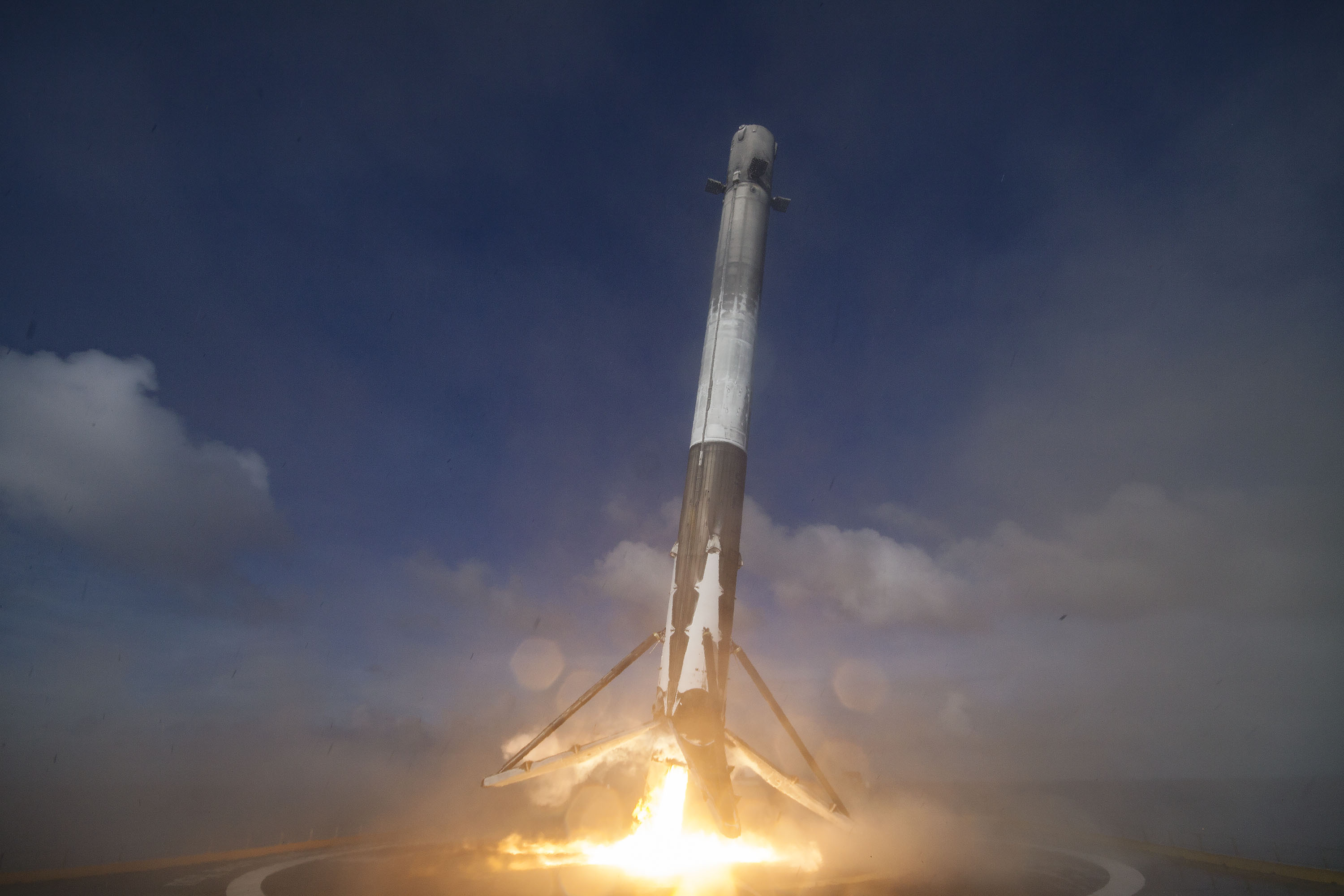 So one leg appears to have taken more load than others.

Elon tweeted that the aluminum honeycomb crush core worked to take the load:

Tweet on how Apollo used crush cores in lunar lander

It appears that once you start crushing this way, it does not bounce back, which makes sense.

You can see this, when OCISLY came into Port Canaveral (Jul 2, 2016), carrying the first stage, that the three visible landing legs are at different levels of extension.

Here you can see the leg that is mostly extended, least collapsed. 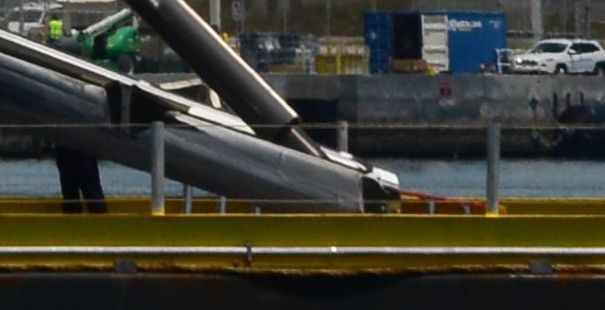 Here you can see a half collapsed, half extended leg. 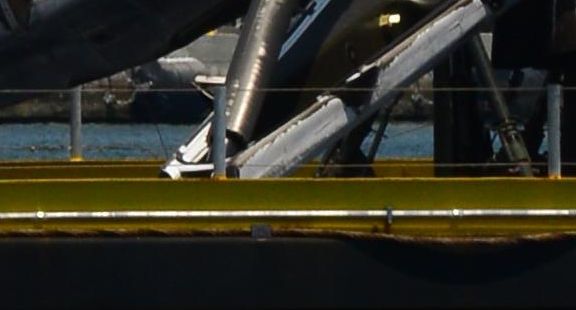 This is probably the leg that was mostly collpased, as you can below. 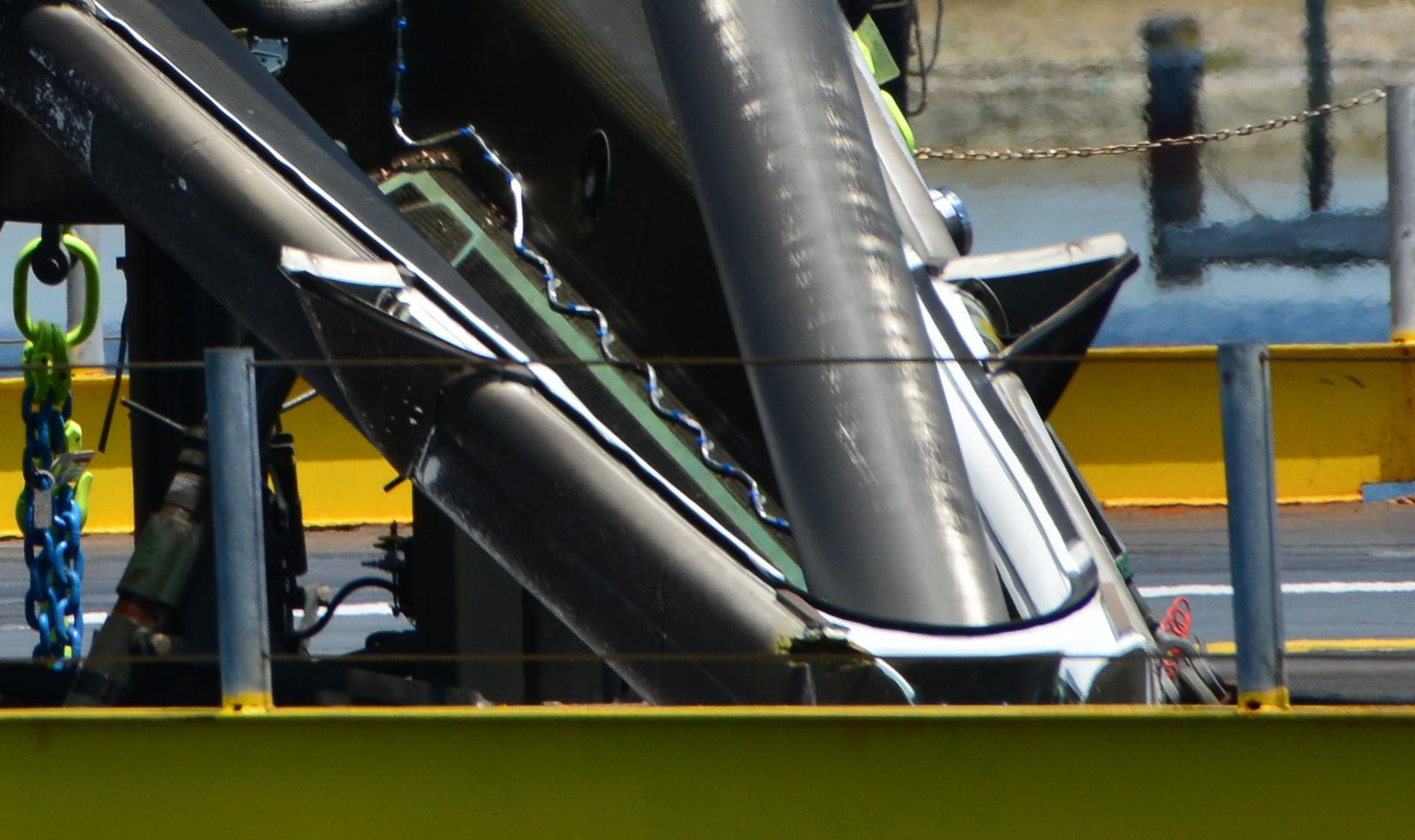 As they came into port, they used high tech materials to prop the leg up: 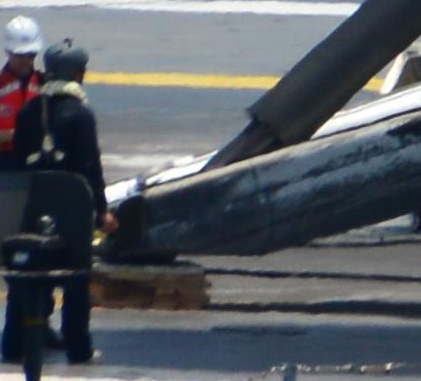 29
What is the “emergency crush core”?

6
Was any first stage recovery system tested on SpaceX Falcon 9 flight seven?
9
How close did the landed first stage of the Falcon 9 get to the X on the landing pad?
8
Why did SpaceX use LC-13 as LZ-1?
5
When SpaceX hot fired the previously used ORBCOMM OG2 first stage, why did they suddenly switch from LC-39A to LC-40?
5
Did the Thaicomm-8 SpaceX landed first stage move after landing?
4
Will SpaceX land the first stage for the TESS mission on land or a barge?
8
How will they lower the landed side boosters after landing, if there is a nose cone?
28
Why the soot pattern on the nosecone of Falcon Heavy side booster?
17
Why is the first stage from the Falcon 9 SES-12 mission not recovered?