Did the Thaicomm-8 SpaceX landed first stage move after landing?

The SpaceX Falcon 9 mission that launched the Thaicomm-8 satellite to GTO orbit, landed hard on the OCISLY ASDS barge. One of the legs over extended into the aluminum crush core and did not retract.

Did the stage stay in place while on three legs?

The landing from the video looked pretty X marks the spot on target. 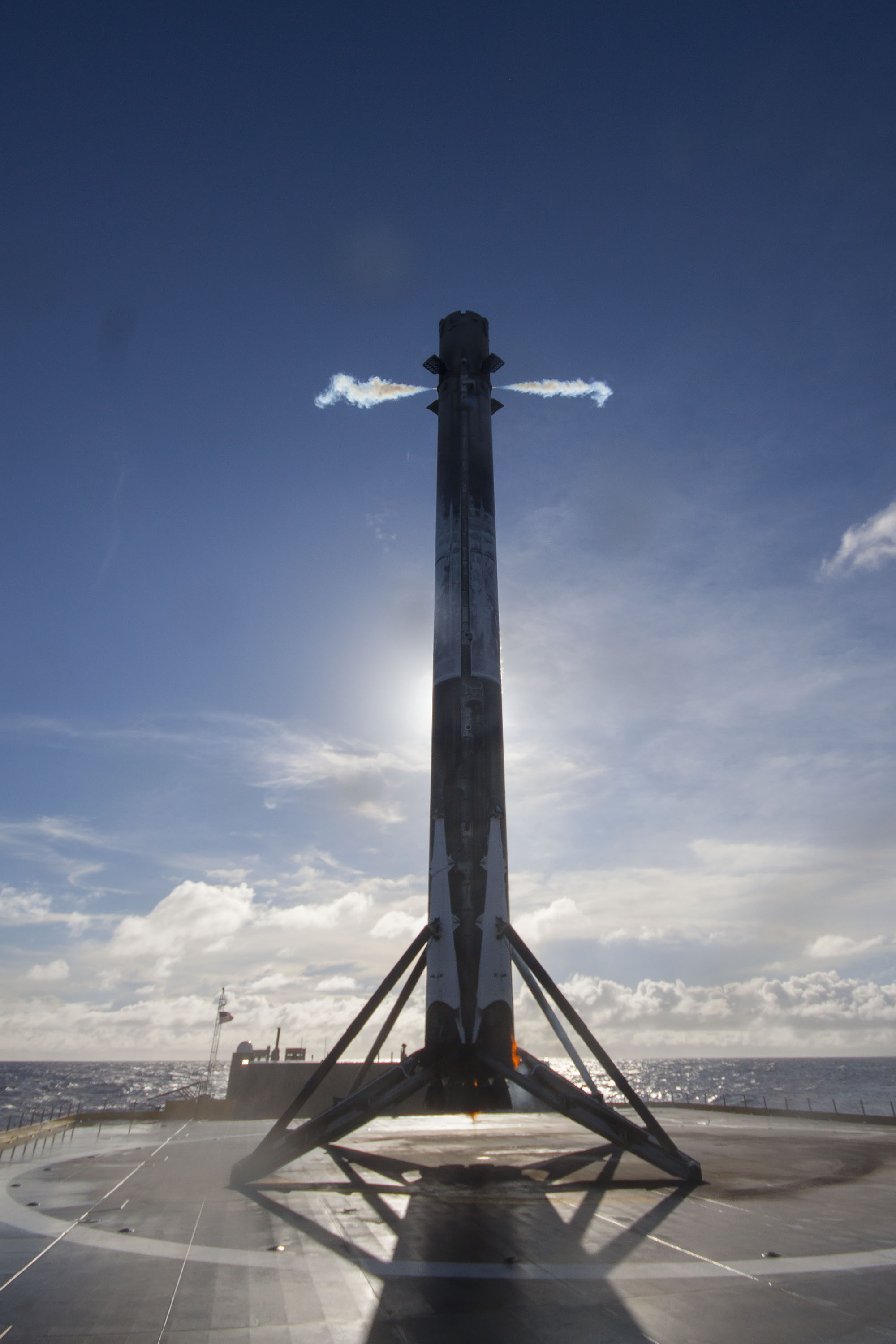 However, when it came into port it was pretty clear how far it had moved around on the ASDS barge: 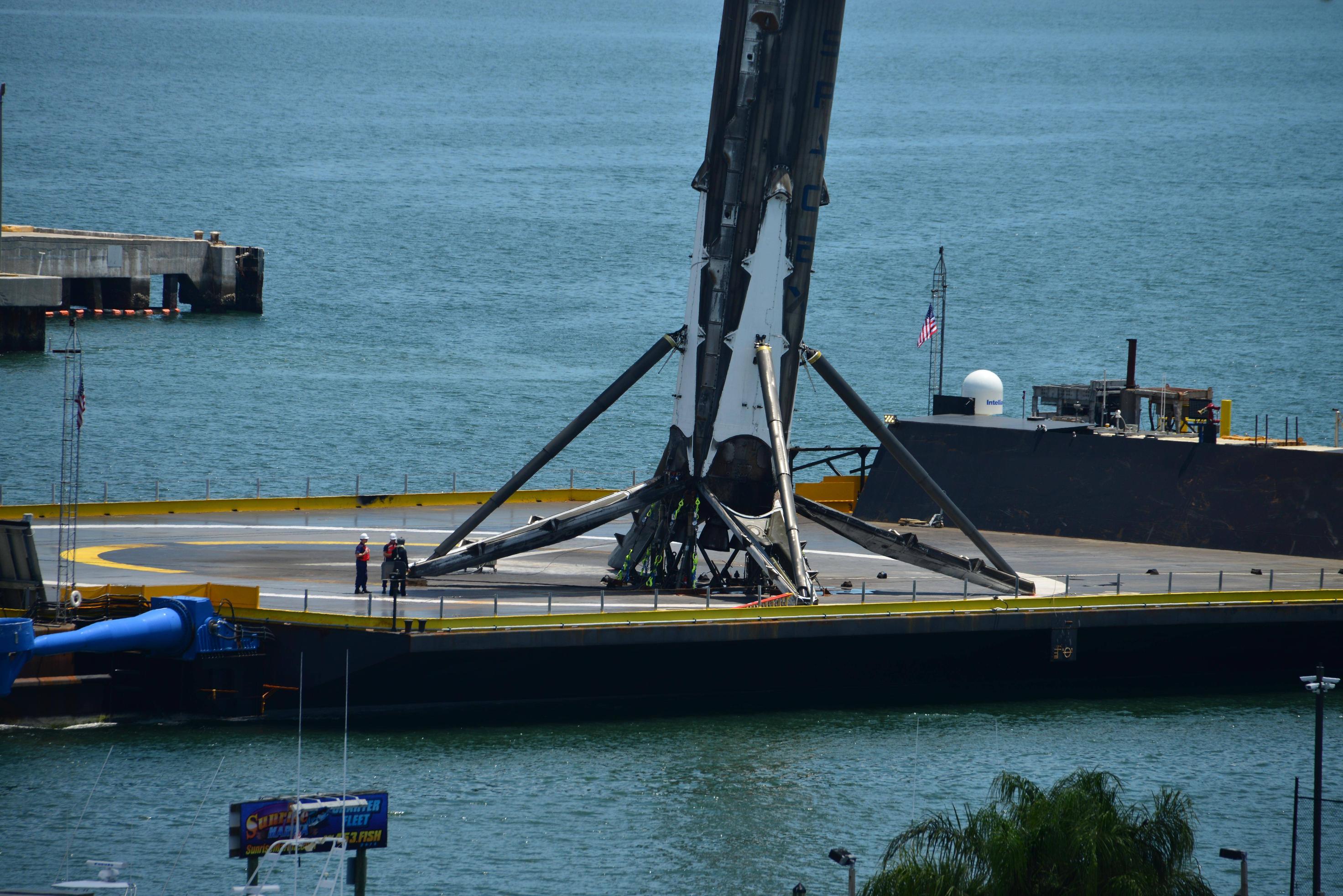 Some of that is the angle of the image, you can see the right most leg is almost on the outer circle, but the leg facing us may have hit the yellow railing or really close to it. But you can see that the landing in the first photo was well inside the circle.

Looks like three legged, peg-legged first stages have a tendency to wander a bit until they get tied down as in this closeup. 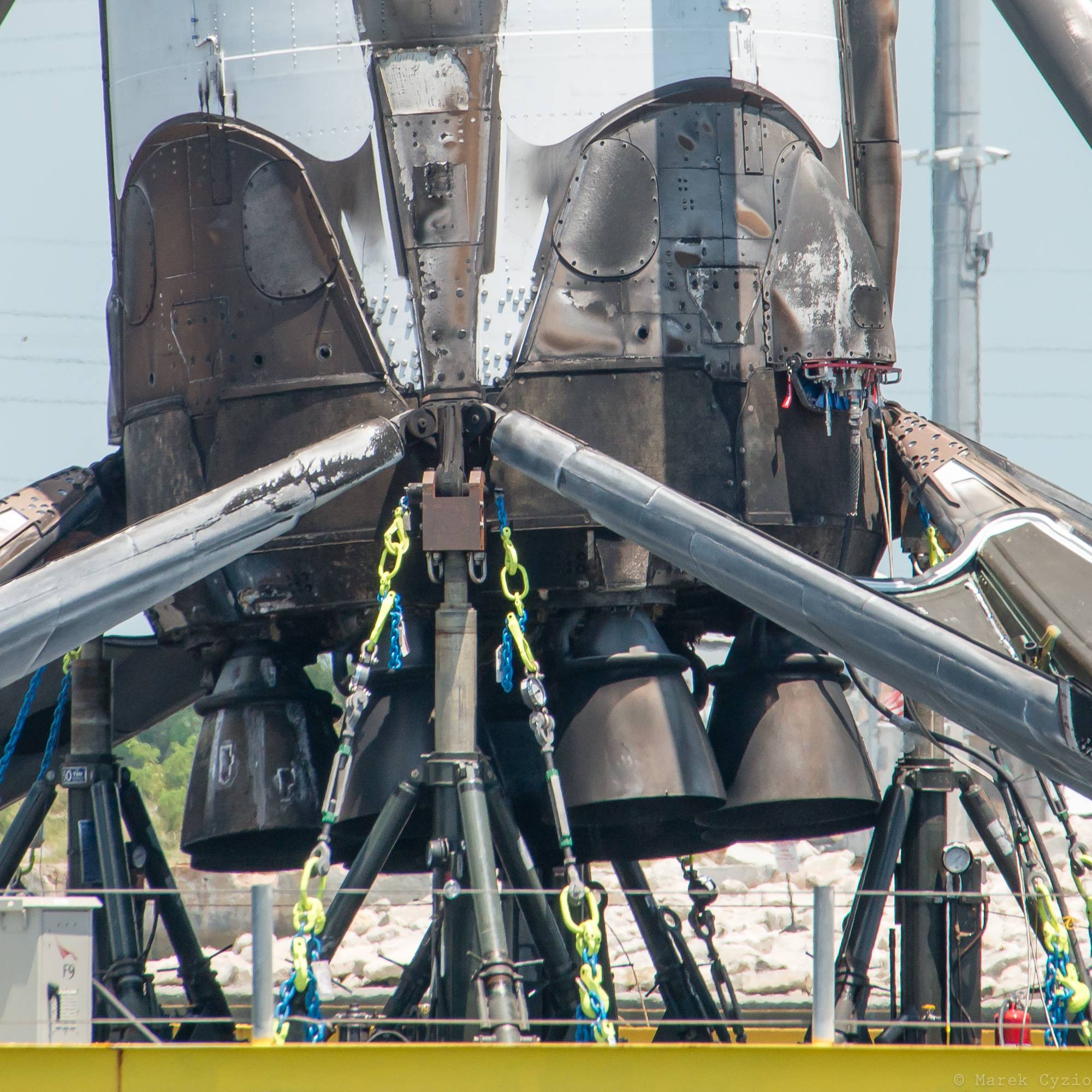 You can see the airplane jackstands they attach to the stage (And these apparently get welded to the deck) and then cables with strain gauges tieing it down even further.

A picture at Flickr, not allowing downloads, shows that one of the legs is on top of the barge name writing, showing just how far it really moved.

Some super high res photos of the stage shows some yellow paint on the leg closest to the rail, which is making people think that although it 'walked back' from the edge, it may have actually hit the railing. See what you think here: 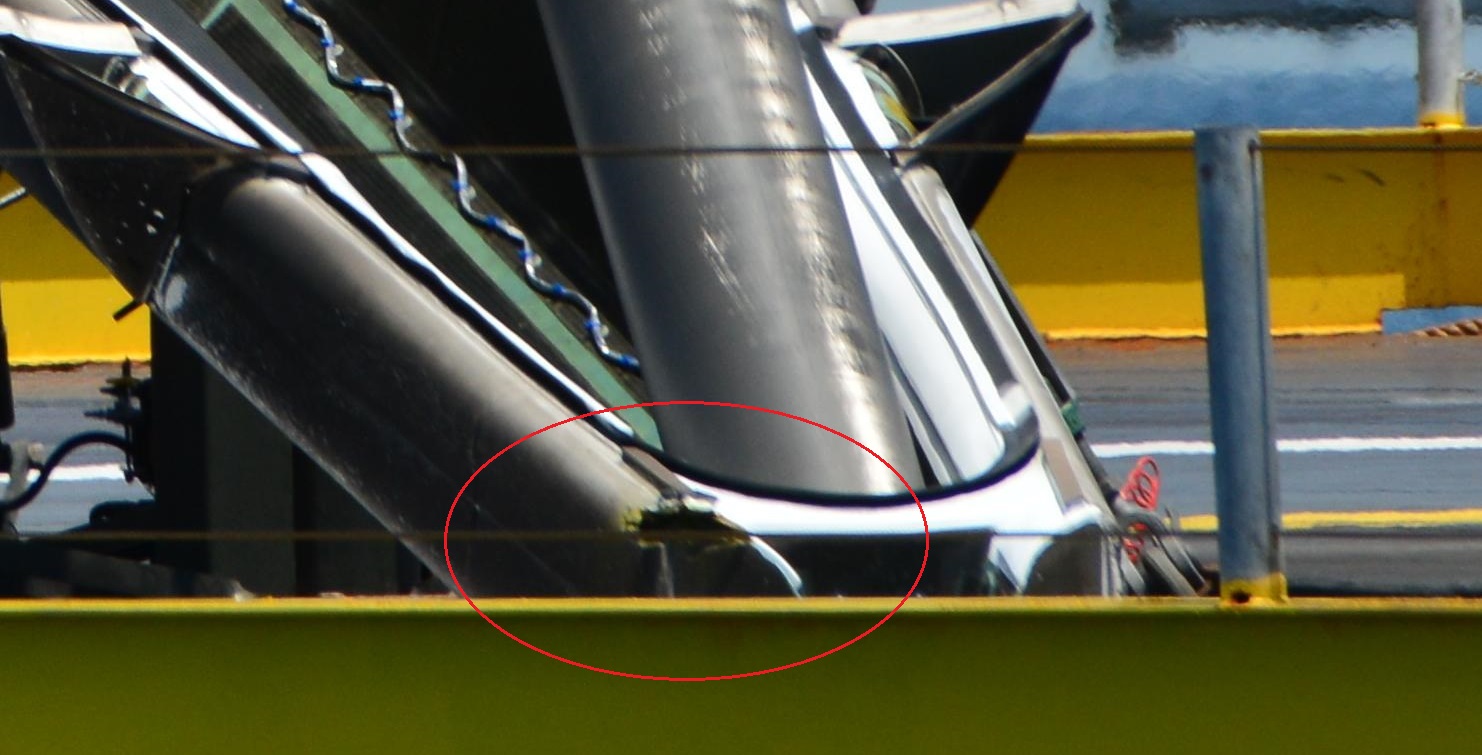 5
When the CRS-6 Falcon 9 first stage hit the ASDS, did the Flight Termination System explode due to the heat of the fire?
9
How close did the landed first stage of the Falcon 9 get to the X on the landing pad?
2
Which has greater accuracy? Minuteman ICBM or Falcon 9 first stage?
5
Why did the Thaicomm-8 SpaceX First stage come into port leaning to the side?
6
Why were three engines used for the F9 1st stage landing burn (BulgariaSat-1)?
7
When will the first use of the SpaceX rocket grabber be on an ASDS?
4
Will SpaceX land the first stage for the TESS mission on land or a barge?
8
How will they lower the landed side boosters after landing, if there is a nose cone?
13
Why did the Falcon Heavy center core fall off the ASDS OCISLY barge?
5
Do the ASDS barges have mission specific equipment?