How does a single rocket place multiple satellites into orbit?

Nowadays, many rockets transport more than one satellite in orbit. But how does a single rocket place multiple satellites into their orbits?

Do all rockets which place multiple satellites into orbit follow the same mechanism? What is the mechanism behind this?

Pearson's answer is technically correct for smaller satellites, which are flying pickaback as secondary payloads. But it is missing the big primary payloads. So for the sake of completeness, have a look at different Ariane 5 configurations: 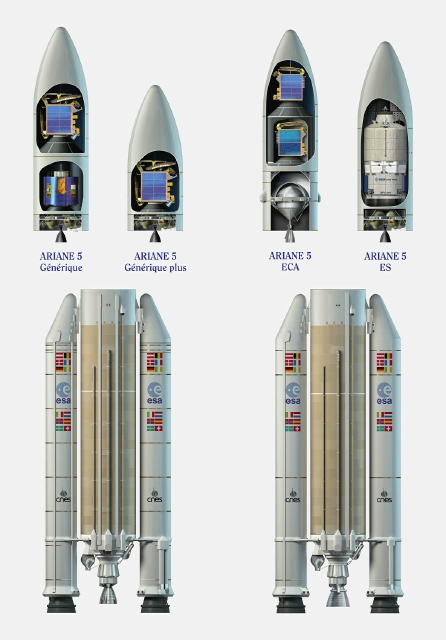 A rather common strategy is to 'pile' two or more satellites on top of each other. The upper satellite sits directly inside the payload fairing. Any further satellite below is sitting inside some sort of an inner fairing. The relevant systems for the Ariane 5 are called 'SPELTRA' and 'SYLDA' payload dispensers / dual launch systems.

Depending on the satellites' needs, the upper stage of the rocket (the one directly below the payload dispenser), can be ignited multiple times (it needs to be designed in such a way). This is for instance done with the 4th stage of the Vega rocket. Then, you can deploy the satellites on rather different orbits with only one launch.

However, 'piling' satellites is not the only technique. E.g. Russian Glonass satellites are launched right next to each other, virtually sharing a single payload adapter. This can be done if the satellites are build and designed in such a way, but it is usually not applicable if two totally different customers share a launch of e.g. an Ariane 5. 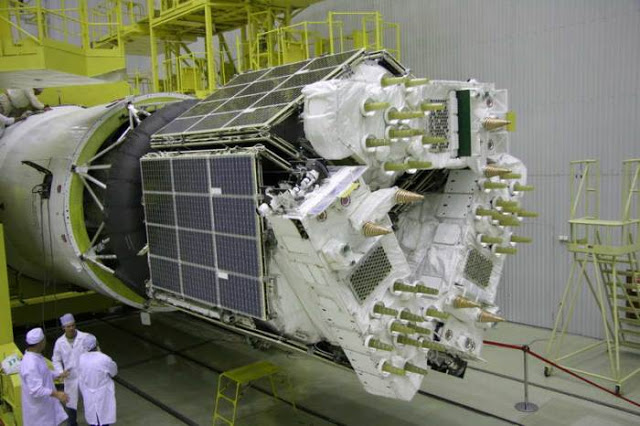 There are in fact 'user manuals' for virtually all commercially available rocket types and they are freely available. Buying a rocket is a bit like buying a house-hold-device, if you ignore the price tag - they come with manuals. You can google for them, they are amazing reads. There are various implementations for deploying multiple satellites from different rockets / launchers, so it is worth digging for them.

A very simple example is the P-POD, used to deploy cubesats, pictured below, from PE0SAT. The door to the POD is closed until it receives the signal from the spacecraft, where it opens. The spring slowly deploys the spacecraft until they are all released. 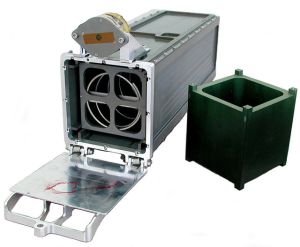 For larger satellites, the satellites are typically placed around some sort of a ring, such as the ESPA ring from Moog pictured below. Essentially, the spacecraft lay hiding in the nose code, the ring deploys, and one at a time the spacecraft are deployed from the espa ring until everything has been deployed. There are similar systems with other names by other providers, but they all follow the same principals.

Not the answer you're looking for? Browse other questions tagged launch rockets artificial-satellite payload payload-deployment or ask your own question.

16
How are multiple launches handled?
39
Why are the GPS constellation satellites in such a high orbit?
15
How did Falcon 9 deploy 11 satellites?
27
What's the largest single object payload ever lifted into space?
10
How could we make a fair comparison between space rockets regarding their payload mass in low Earth orbit and Earth escaping?
5
How were the 10 Iridium NEXT satellites deployed by SpaceX?
5
How do multiple satellites deployed in the same launch reach their different final orbits?
4
Can a launch vehicle put several different satellites into different RAAN in one launch?
7
How was it difficult for the PSLV to launch a record of 104 satellites?