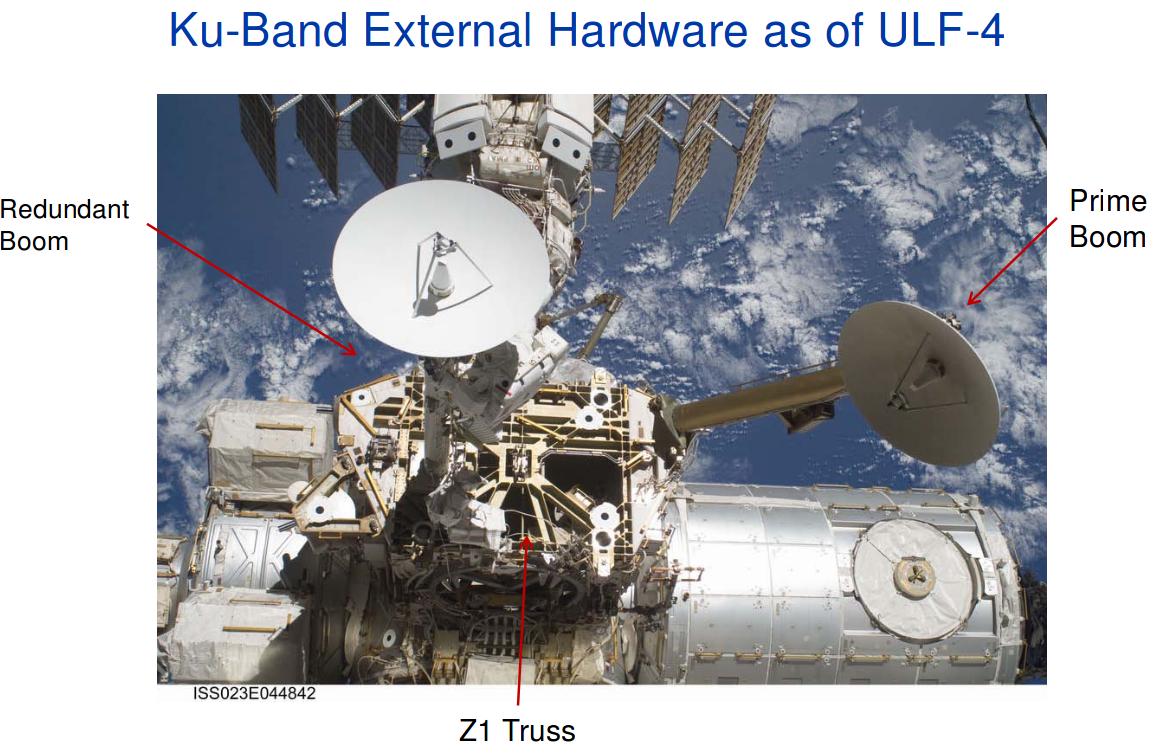 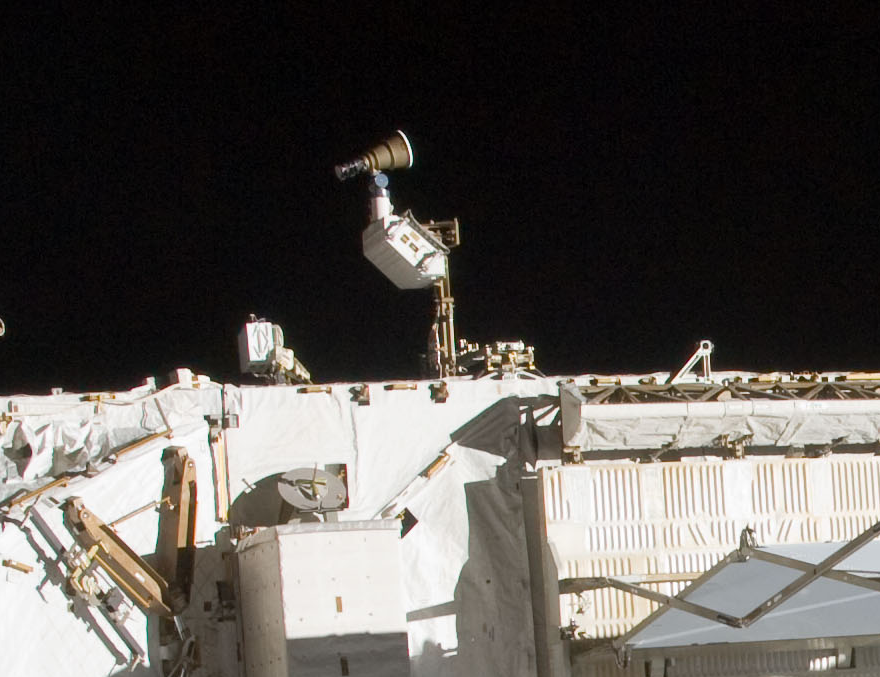 My small team at Dynacon in Toronto designed the software used by the gimbals to point the SGANTs (Space to Ground ANTennas); SPAR Aerospace's Montreal plant developed the SGANTs for GE (ISS comms subsystem contractor), who in turn were subcontractors to McDonnell Douglas (Work Package 3 contractor, IIRC, reporting to NASA's Johnson Space Centre). This was in the 1989-1993 time-frame.

The SGANT controller has 3 operating modes: slew, search and track. The first is open-loop: slew as fast as possible from one direction to another (basically as a TDRS (tracking and data relay satellite) sets, slew to where the next one is rising). Search is an open-loop spiral search pattern, looking for the strongest signal (i.e., the target TDRS), which takes a minute or two, after which a slew is commanded to where that signal was found. Track is a closed-loop mode, using signals from monopulse tracking sensors built into the SGANT horn to measure the pointing error wrt TDRS, which drives a feedback controller to minimize that pointing error. All pretty simple in principle, complicated by the gimbal's own internal dynamics (including friction), and the significant amount of flexibility and vibration of the ISS (including time-varying thermal distortion, which is what drives the need to search for TDRS at the start of each tracking session, as the ISS "bananas" in different directions as it heats up and cools down).

It is only used to track TDRS satellites, it does not have the slew-speed capability to track targets on Earth.

26
Does the International Space Station get TV?
27
What is the purpose of the rotating dish antenna on the ISS
25
What is the function of this (apparently) fixed dish on the ISS?
50
How long is the ISS out of reach of all ground stations?
7
SAR image processing
12
When does the ISS have a loss-of-signal?
9
What makes an antenna "high gain", and high gain as opposed to what alternative(s)?
6
What is this spinning object seen on a spacecraft above the ISS?
8
Why are there times when the ISS can transmit audio, but not video?
12
How much does the ISS "banana" or flex under the constantly changing conditions of solar heating?
See more linked questions

12
When does the ISS have a loss-of-signal?
2
Is there a fax machine on the ISS ?
6
Will the ISS have electric propulsion to maintain altitude? Is there enough power for it?
9
Why do the geosynchronous TDRS satellites have this distribution of inclinations?
8
Why doesn't the ISS use ion engines to maintain altitude?
3
What nodes were used to send a NASA selfie from Antarctica to the ISS?
12
How much does the ISS "banana" or flex under the constantly changing conditions of solar heating?
5
Can't find ISS position data API that uses the https protocol