What is the success rate of NASA launches?

What is the success rate of NASA launches since it was founded in 1958? I'd appreciate a decade by decade statistic. By successful I mean a successful launch into space and release of payload (if any). It's irrelevant if the payload itself fails later.

According to this site

the Delta II has successfully launched more than 190 NASA missions and maintains a 98 percent success rate. 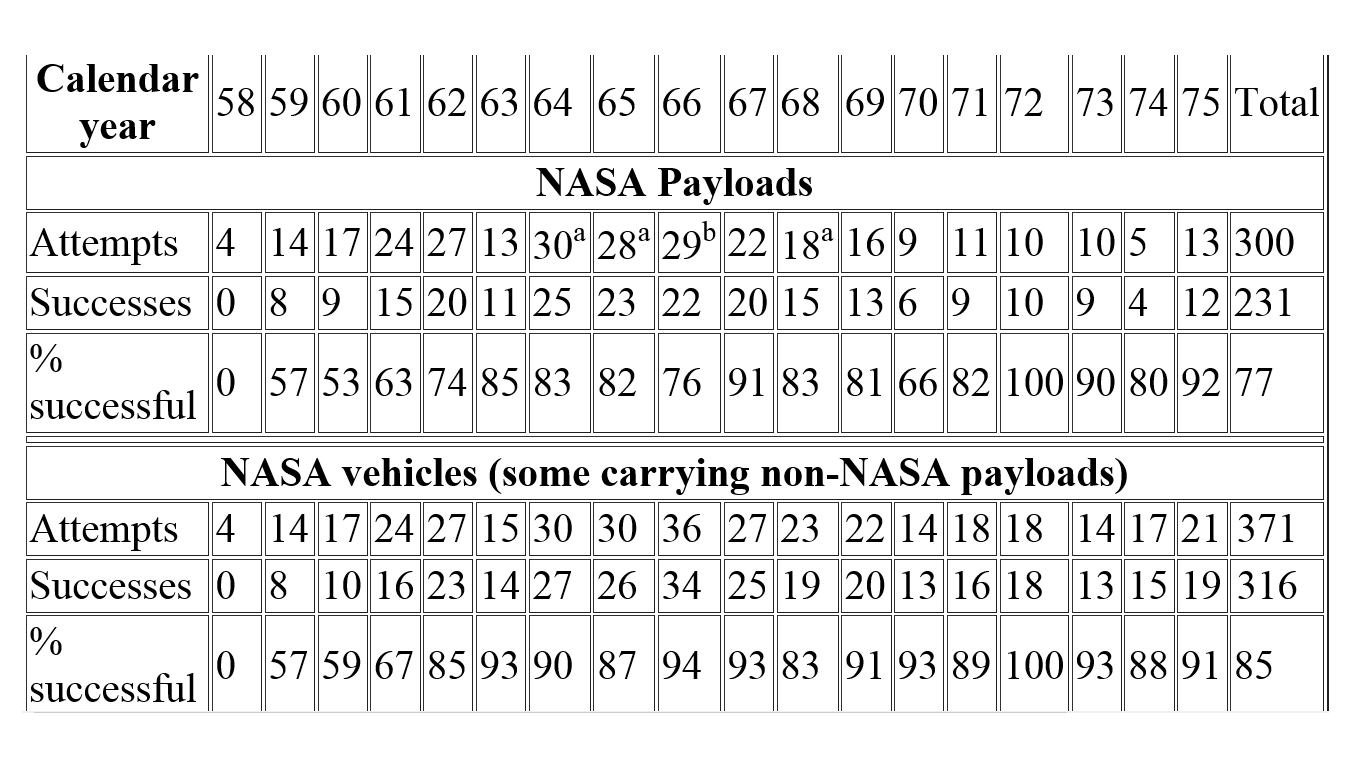 I'm having a hard time just sorting out NASA, but here's the statistics for every launch, using the source information found here. This gives the following breakdown, by decade

Not the answer you're looking for? Browse other questions tagged launch nasa or ask your own question.

32
What constellation is on the NASA logo?
17
Why do certain times of day have more launches than others?
17
What is the success/failure ratio of space bound rockets?
7
What role does the NASA deputy administrator play?
0
commercial launches - what is the growth rate of commercial space flight?
4
Mars mission success rate vs. outer planets success rate
1
What is the number of launches by year?
3
What happens with the upper stage of Deep space launches?
3
What are the factors that determine the roll rate of a launch vehicle during the atmospheric phase?