What work needs to be done before reusing Falcon 9?

In this article Elon Musk said that first stage of Falcon 9 which landed on the barge in April will be reused in June. Launching and landing wears material down, what parts need to be replaced and what other work must be done on the engines and the rocket body?

At the moment no one knows, since no one has done quite this task before.

SpaceX is learning alot with each recovered core. In this image of three of the recovered cores in the LC-39A HIF building you can see different levels of wear on each stage.

You can see that some of the engines have been removed for likely testing on the initial Orbcomm mission stage (far left).

Just for fun lets contrast that with a brand new stage, all shiny, pretty, and new: 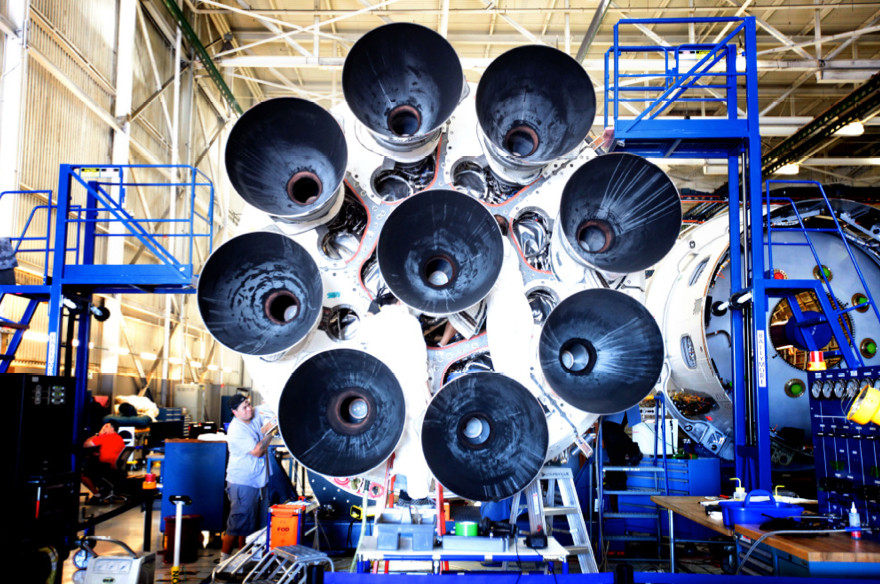 SpaceX is 'lucky' in that they have landed 4 stages as I write this (Orbcomm OG2, CRS-8, JCSat 14, and Thaicomm 8 missions) in a variety of different states. One landed on land (Orbcomm OG2) in a low velocity mission, so no salt water exposure for a week coming back to port. Three landed on the OCISLY ASDS but from three fairly different mission profiles.

The JCSat 14 stage is said to have come in, right at the edge of survivability, and thus has taken the most 'damage' along the way. SpaceX plans to stress that stage to see when it fails and what fails and in what order it fails. Elon Musk has said they will test fire it 10 times to see what work is needed to allow that. Testing the most stressed stage, will give more confidence in reuse to SpaceX.

Thus the answer to your question is not yet known, but SpaceX is conducting a large scale experiment to find out, and fix the issues as they come up.

People have observed on the GTO missions (Thaicomm 8, JCSat 14) that the 'boots' get burned up pretty badly on the engines. These are covers that look like Kevlar like bags, covering the gimbals and some of the engine externals, that could do with a little thermal protection. It is expected that a more temperature resistant material will be coming off the line soon enough for those.

In the Thaicomm 8 landing, it hit hard, and over extended a leg, such that the leg used up the contigency aluminum crush core. Clearly that will need to be replaced, but that is what it was designed for, so not that big a deal.

With each stage recovered SpaceX is learning new things, and likely will integrate fixes and tweaks into new stages as they come off the assembly line, possibly even retrofitting some onto already built stages for coming missions.

SpaceX is also in a unique position where the landing is totally a bonus. They are paid to throw the stage away. If they manage to recover it, excellent. If not, no actual financial loss yet. (Once they reduce costs to account for reuse that changes of course).

They have the ability to test ideas, see what works, what does not, and narrow down the optimum solution. They have in theory 18 launches planned for 2016 and all are meant to be recovered. It is unlikely they will get 18 launches down in 2016 but 10 or more seems very likely, so expect lots of learning and minor tweaks to make everything last better based on that experience.

Now that Thaicomm-8 has been moved to the LC-39A HIF you can see all four cores in this image, and you can see how shiny the far right core (Thought to be Orbcomm OG2, getting ready to ship to Hawthorne for static display outside the factory) is, which shows that likely washing was all that was needed to clean up the stage. Though the interstage is still pretty dirty. 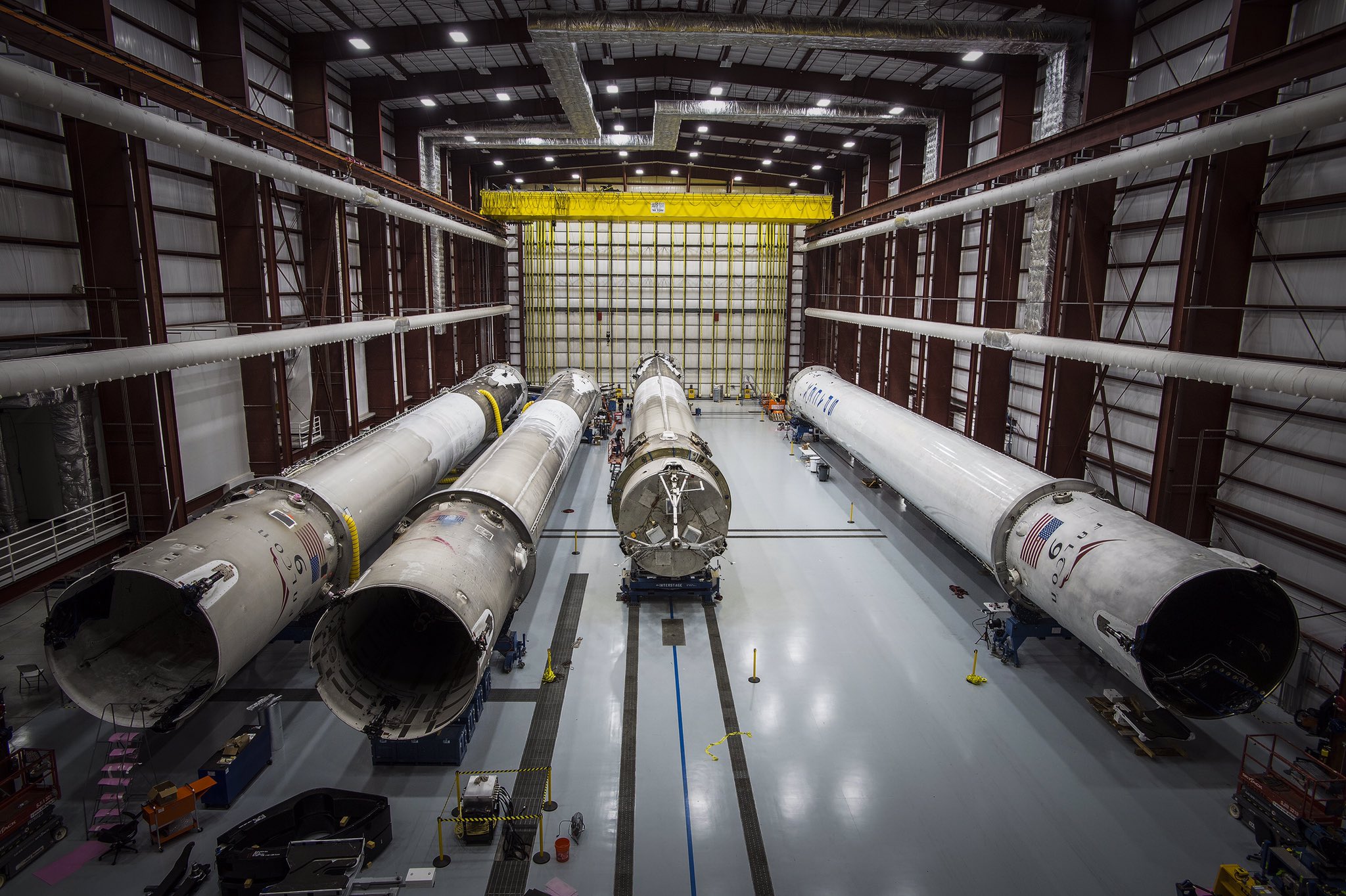 2
Does Falcon 9 perform static fires before every launch?

10
Through what mechanisms would SpaceX test and examine the returned CRS-5 first stage?
8
Would it not be easier for SpaceX to make their first stage only partly reusable?
13
What is the SpaceX barge topped with?
7
What did SpaceX change in the upgrade of the ASDS?
7
Move landed rocket stage back to launch pad
15
How effective are Falcon 9 1st stage grid fins in the last few seconds before landing?
6
Why were three engines used for the F9 1st stage landing burn (BulgariaSat-1)?
4
Will SpaceX land the first stage for the TESS mission on land or a barge?
8
How will they lower the landed side boosters after landing, if there is a nose cone?
2
Does Falcon 9 perform static fires before every launch?