Have any missions suffered damage from meteorites whilst on the Lunar surface?

Earth's magnetic field, and atmosphere shield the surface. Space debris that would otherwise cause damage lose a fair amount of mass and velocity in transit through these layers.

Luna lacking such shields is relatively more susceptible - and has the scars to show it.

Have any missions (instrument, animal, or both) suffered damage from meteorites whilst on the Lunar surface?

EDIT: There may have been any volume of micrometeorites. It may be reasonable to consider only that damage which directly affected the on-surface mission profile.

I'm going to cheat a bit and include non-functioning satellites, just to give a flavor of what this does. The Surveyor 3 lander was visited by the Apollo 12 crew approximately 2 years after it landed on the moon. There was a complete report done to analyze the status of the satellite after it's time on the moon, including micrometeor impacts. 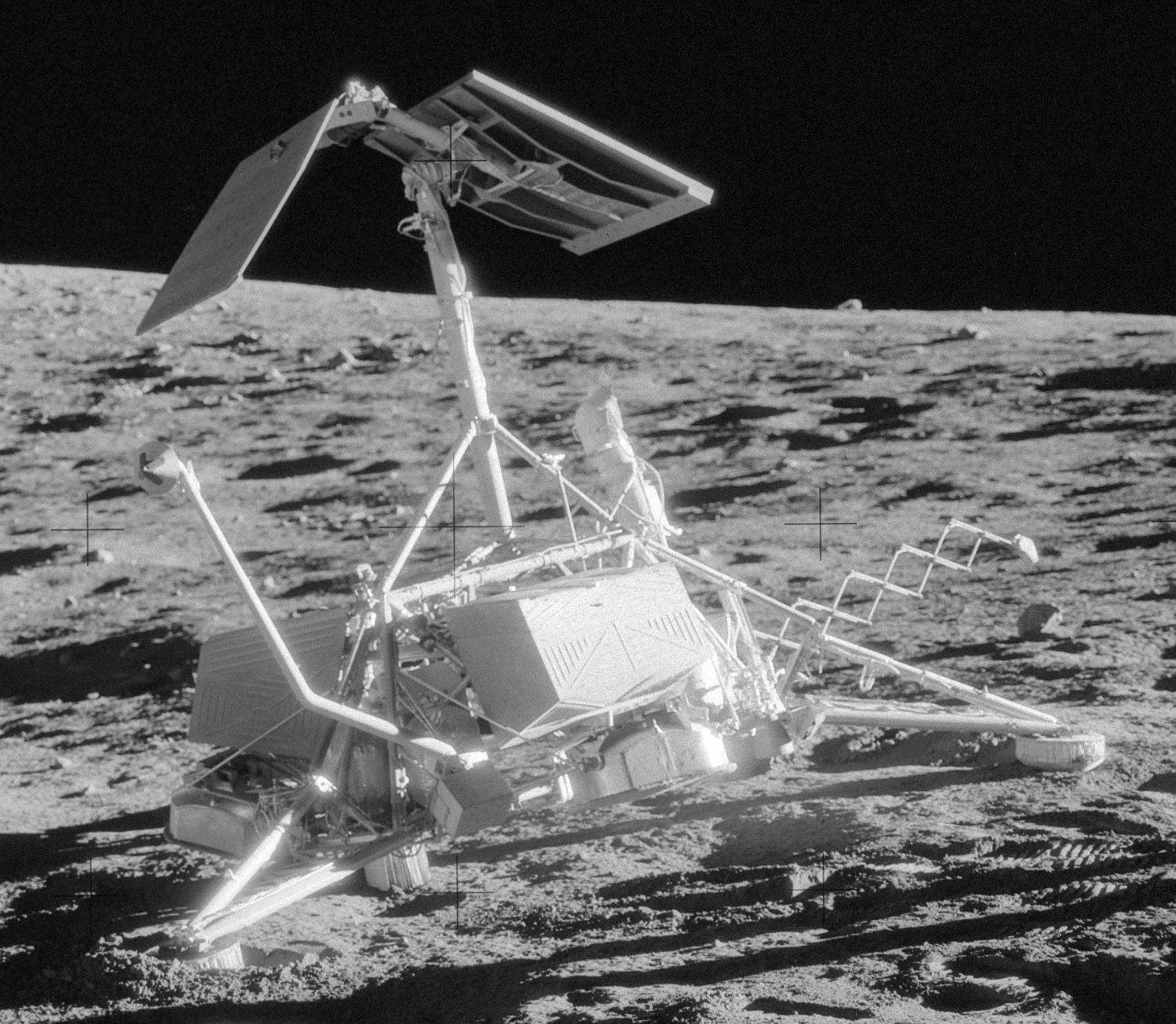 A major effort in the analysis of Surveyor 3 parts has been the search for hypervelocity impact features-an effort roughly analogous to the search for the needle in the haystack. A great number of low-velocity features exist that were caused by lunar particles striking the surfaces due to Surveyor and Apollo landing events, handling of the material, and natural phenomena. The 1- to 4.5-um size of the surface features prohibited the effective use of optical instruments. However, all participating investigators concluded that no material or surface features were found that definitely could be stated to be meteoritic in origin.

Okay, so what does that mean? Basically, there were no "Primary" events discovered, where a micrometeorite hit the spacecraft directly from space. However, they also wanted to discover the secondary rate, where a dust particle from a far away impact hit the spacecraft. They looked at the optical fibers, and found:

Particles 1 pm and larger with velocities high enough to produce plastic flow in glass were found to be about l0^3 times the cratering rate expected for primary micrometeoroids. The rate is approximately 800 impacts per square centimeter per year for impacts greater than 1 um.

Bottom line is, there was some slight meteoric damage to the spacecraft, but not significant. The rate is relatively low, and most spacecraft can easily handle that kind of impact. This is definitely a danger which should be carefully watched out for during lunar activities, especially of the secondary type. There is more importance to put shielding on the sides than above the spacecraft.

Not the answer you're looking for? Browse other questions tagged the-moon meteorites or ask your own question.

12
Have there been any recent lunar rovers?
15
How hard is the Lunar surface?
13
What is the average electrical charge on the lunar surface?
6
Will any near future lunar missions use GRAIL data?
8
Is long range radio communication possible on the lunar surface?
19
What would a lunar eclipse look like from the surface of the moon?
3
Why doesn't the perchlorate on Mars' surface oxidize metallic meteorites?
8
Did the Apollo astronauts suffer any health effects from inhaling lunar regolith?