Has America launched any satellites for Project Horizon

America has planned to create an army outpost on the Moon. They called it Project Horizon. Did they succeed in that? How many satellites were launched for that project so far?

Like the Wikipedia page on Project Horizon you link to states:

Horizon never progressed past the feasibility stage in an official capacity.

In a nutshell, it was merely a feasibility study for the U.S. Army that: 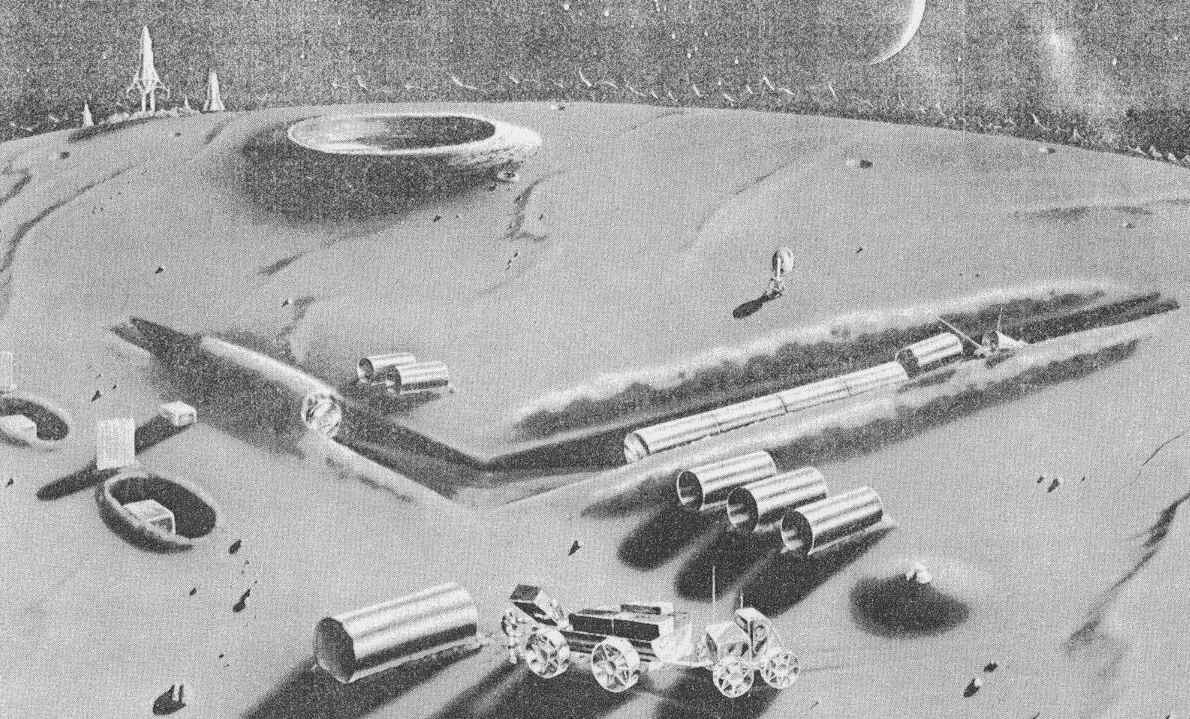 A depiction of the construction of the second, larger part of the 12-man Moon base proposed as the end goal for Project Horizon.
The initial part of the base, shown covered in lunar material at left, was to be built within two months of the first manned landing.
The proposed Lunar Landing Craft can be seen soft-landing in the background. Public domain image from:
► Project Horizon: Volume I. (in PDF format)

But Saturn A never launched, so there were no satellites launched for the purpose of this project.

Here is a three-part blog post describing this project in detail:

And a short excerpt from the mentioned blog post:

What it was: Project Horizon was the US Army’s full-blown proposal to put a man on the moon (and, in fact, start up a whole lunar base) by the end of 1966. While much of its focus was on the base itself, it also included extensive discussion of both the Earth-bound and orbital infrastructure they felt was necessary to reach their goal. The Minimal Orbital Station (MOS) was essentially a gas station in LEO for ships headed to the Moon, while the Orbital Return Vehicle was to be used to bring the gas station’s attendants back down to Earth when their tour of duty was done.

On a side note tho, at that time there were many overly optimistic projects proposed, that never made it and were utterly infeasible in the first place. Dreamy times, one could easily say they were the romantic decades of the space exploration and exploitation era. ;)

Not the answer you're looking for? Browse other questions tagged artificial-satellite history or ask your own question.