Could Cassini crash land on Mercury?

I saw a news article once that discussed having Cassini use gravity assists to crash land on Mercury to end it's life. Is this even possible, and is there a chance that this could actually happen? Or is it just a space.com crazy article with no basis in reality?

Just to give a few relevant quotes:

Should Cassini be directed back toward the inner solar system it is likely her final port of call would be Jupiter, Mitchell explained, "One possibility is to escape Saturn and then most likely put the spacecraft on an impacting trajectory with Jupiter. This appears to be feasible, but the flight times get to be rather long."

Cassini's leisurely final journey need not end at Jupiter; rather the giant planet's gravity could fling Cassini into position for an impact on Mercury. Such an impact would provide valuable data on the composition of Mercury's surface and could feasibly occur around 2021 to be observed by the BepiColombo spacecraft.

Some of the options examined include collision with Saturn atmosphere, icy satellite, or rings; another is departure from Saturn orbit to Jupiter, Uranus, Neptune, or a Centaur. Other options include leaving it in certain stable orbits around Saturn, or departure to a heliocentric orbit. Each plan requires certain amounts of time and changes in velocity.Another possibility was aerobraking into orbit around Titan.

These images gives us the clear idea of the possible end-life of cassini. 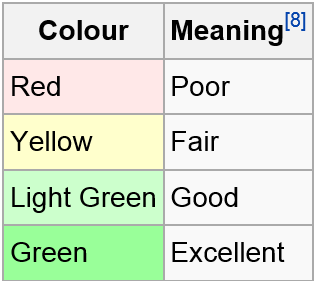 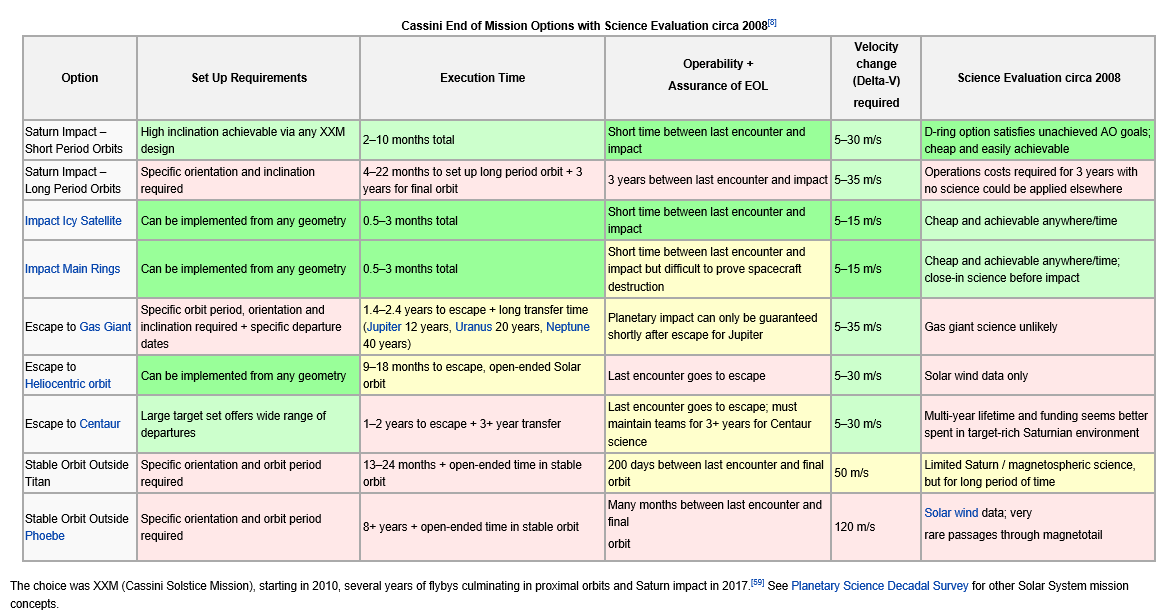 so getting cassini to mercury and crashing it , is time consuming but still possible by gravity assist by a Jupiter Venus or Jupiter Venus earth flyby

Not the answer you're looking for? Browse other questions tagged orbital-mechanics end-of-life gravity-assist cassini or ask your own question.

15
How big of a problem is the Lunar eclipse in April 2014 for LADEE?
9
Why would Cassini need to reach 64 degrees inclination before "threading the needle"?
12
How can Cassini be a source of potential biological contamination?
9
What force is bringing Cassini down into Saturn's atmosphere in another 145 days; drag, or...?
8
Is Cassini running out of fuel?
6
Will Cassini contaminate Saturn?
8
What was happening with the DSN/ Cassini?
5
Photographs and Videos "of" Cassini
9
Did Huygens take a picture of Cassini?
3
Gravity assist from Mercury