What did New Horizons photograph that was close enough to be out of focus?

The picture below shows a Kuiper Belt object and a number of stars. It was recently taken by the New Horizons probe and published by NASA. 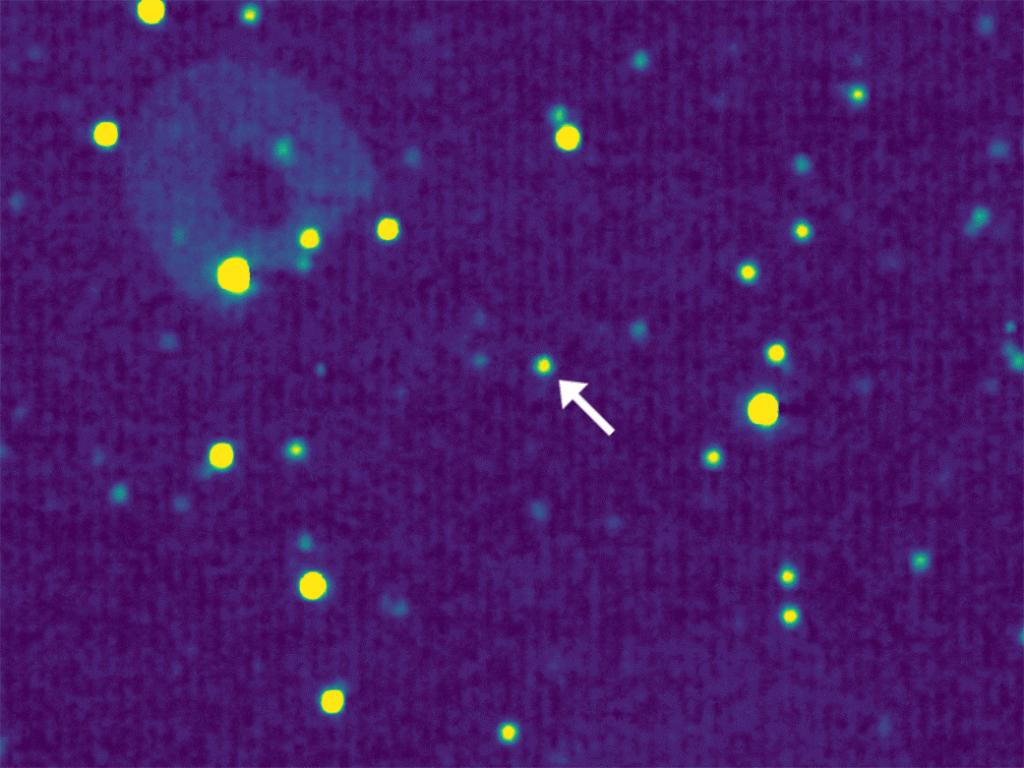 The arrow points at the KBO and the rest of the bright points visible are stars.

In the top-left corner, there's an artefact that looks like a secondary mirror of a telescope. This is common in reflectors when looking at an object that is out of focus.

My question is... what could it be that New Horizons captured that was close enough to produce this out-of-focus image? It seems we're looking at a small light source that, compared to the KPO and obviously the star field, is relatively close to the objective.

According to this blog post, the artefact was caused by scattered light reflected off some element inside the telescope.

The ghostly circular pupil image and the little dots that are moving around in the image (and that aren’t JR1) are scattered light from a nearby bright star. LORRI isn’t that big of a telescope – just a little bit smaller than an 8-inch Schmidt-Cassegrain an amateur astronomer would use – so it’s easy for scattered light to bounce around inside the telescope and cause artifacts like these.

Apparently, it happens occasionally despite the lens being embedded in the probe's structure. 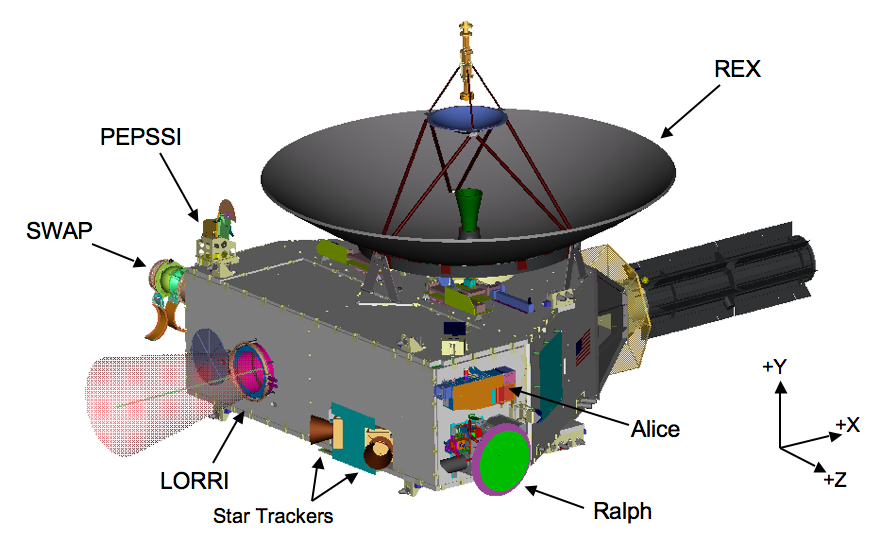 Not the answer you're looking for? Browse other questions tagged camera kuiper-belt or ask your own question.

10
How close to 2014 MU₆₉ can New Horizons get?
5
Could a Kuiper Belt object fly by probe measure star distances by parallax better than Gaia?
1
What are these mysterious white star-like dots near MU69 Ultima Thule? Real objects near the asteroid, noise, cosmic rays, or something else?