What ever happened to SpinSat - did it work?

I can find several descriptions of what the SpinSat satellite was supposed to do. I can find some nice images of it being deployed from the ISS also. But I haven't been so successful in understanding whether the whole mission worked.

Did the Digital Solid State Thrusters successfully spin up the satellite, and then de-spin it again? Was the performance in this demonstration as good as what was anticipated?

Were the spin-up, and especially the de-spin maneuvers performed using real-time attitude and rotation measurements? The electric thrusters are pulsed, so thrust can be metered out in controlled amounts, so conceivably the de-spin could be done as a single maneuver, with the thrusters fired until spin=0 when they could be stopped.

ESP thrusters are physically arranged on the exterior of the satellite to provide two basic maneuvers as spin-up (de-spin) maneuver and a normal thrust maneuver. For the spin-up maneuver, pairs of thrusters are co-aligned 180 degrees apart, and provide a tangential component force on the exterior; for de-spin, a 2nd pair of thrusters provide the opposite force. For the normal thrust maneuver, thrusters are oriented perpendicular to the exterior of the satellite to provide force in the normal direction. Another set of thrusters placed at the opposite pole provide normal force in the opposite direction. The space situational awareness component of the mission is a ground based observational plan to detect, characterize and assess state changes in the spacecraft. These observations are verified by data collected on the spacecraft by MEMS gyroscopes and accelerometers used to determine the spin axis orientation and spin rate of the spacecraft before during and after thruster firings. The spacecraft itself acts as the primary sensor for the third experiment, with a well-determined and characterized ballistic coefficient the routine collection of radar tracking and satellite laser ranging data will provide a high resolution atmospheric drag data set used to deriver thermospheric density.

How did it all go?

I've asked separately about the principle with which electric solid thrusters actually operate. 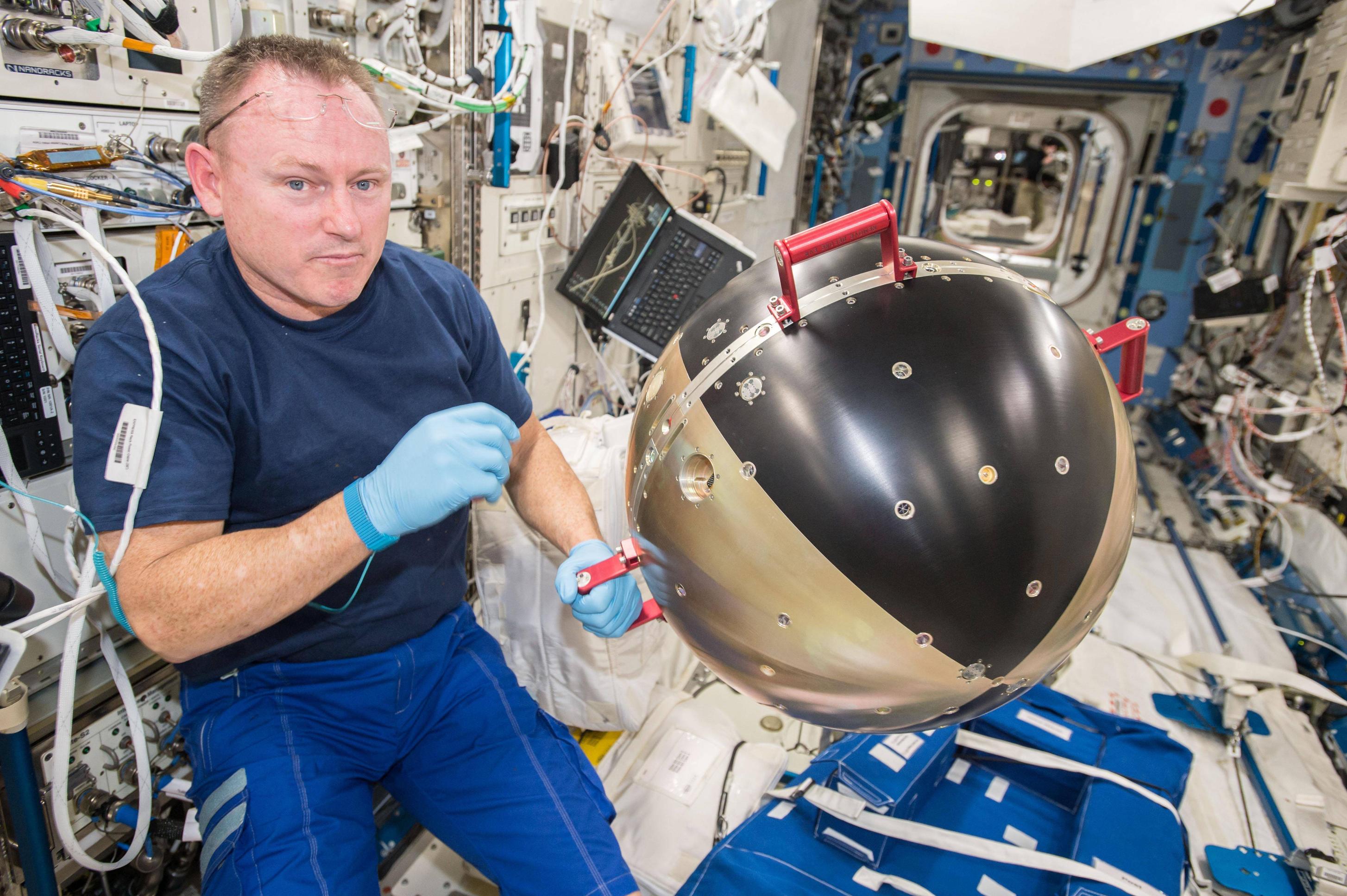 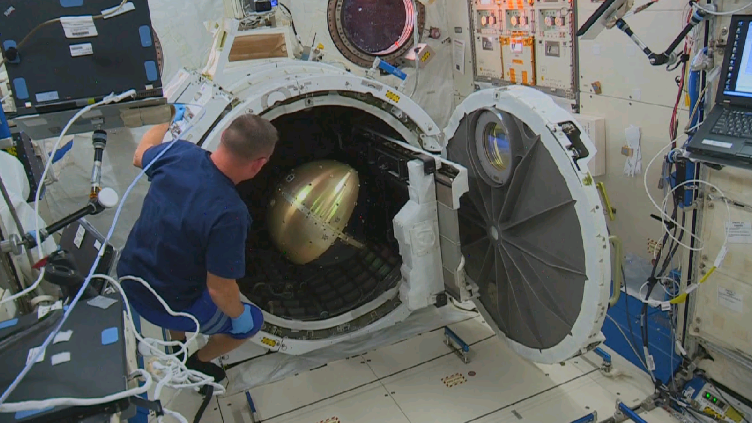 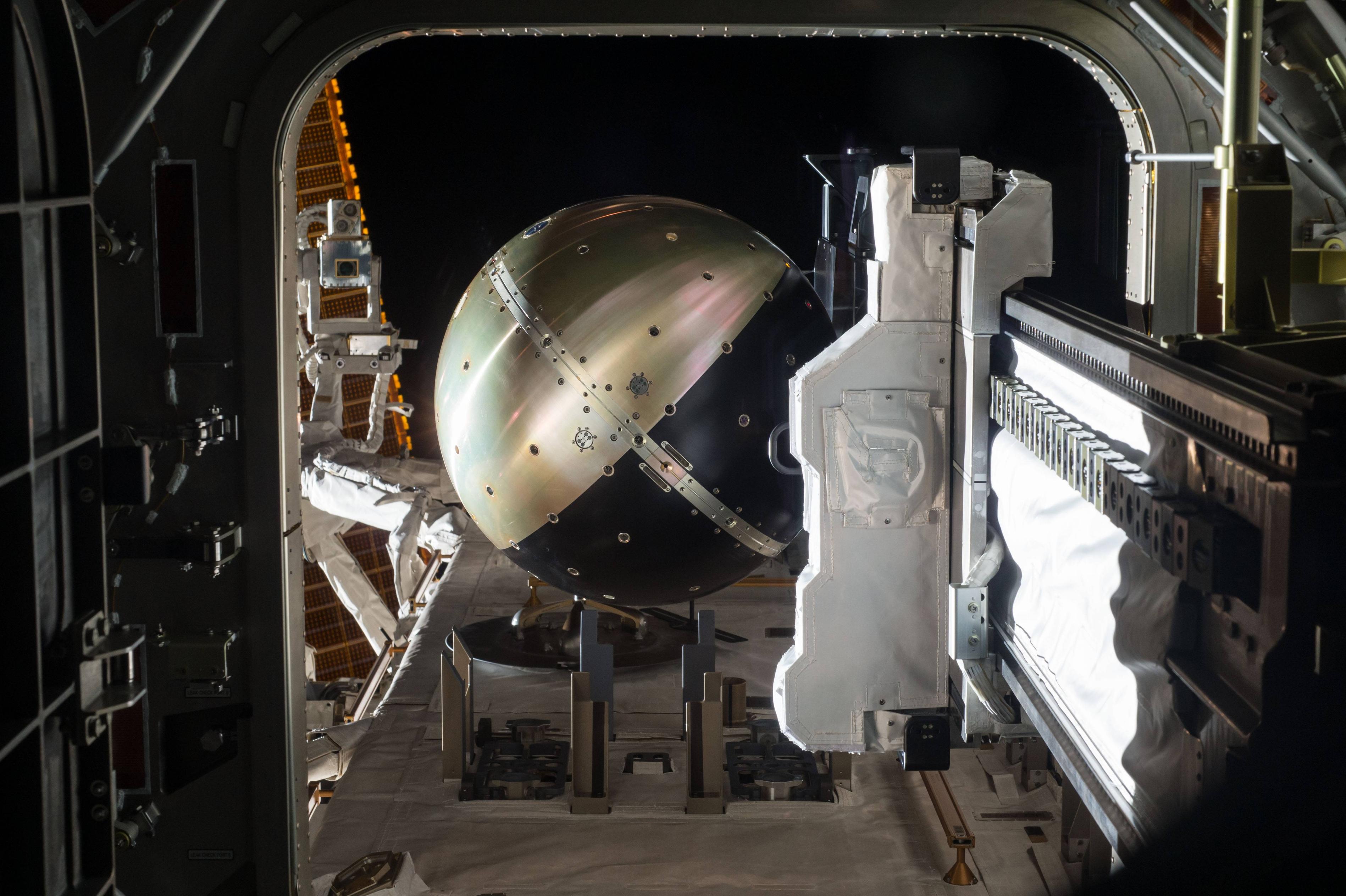 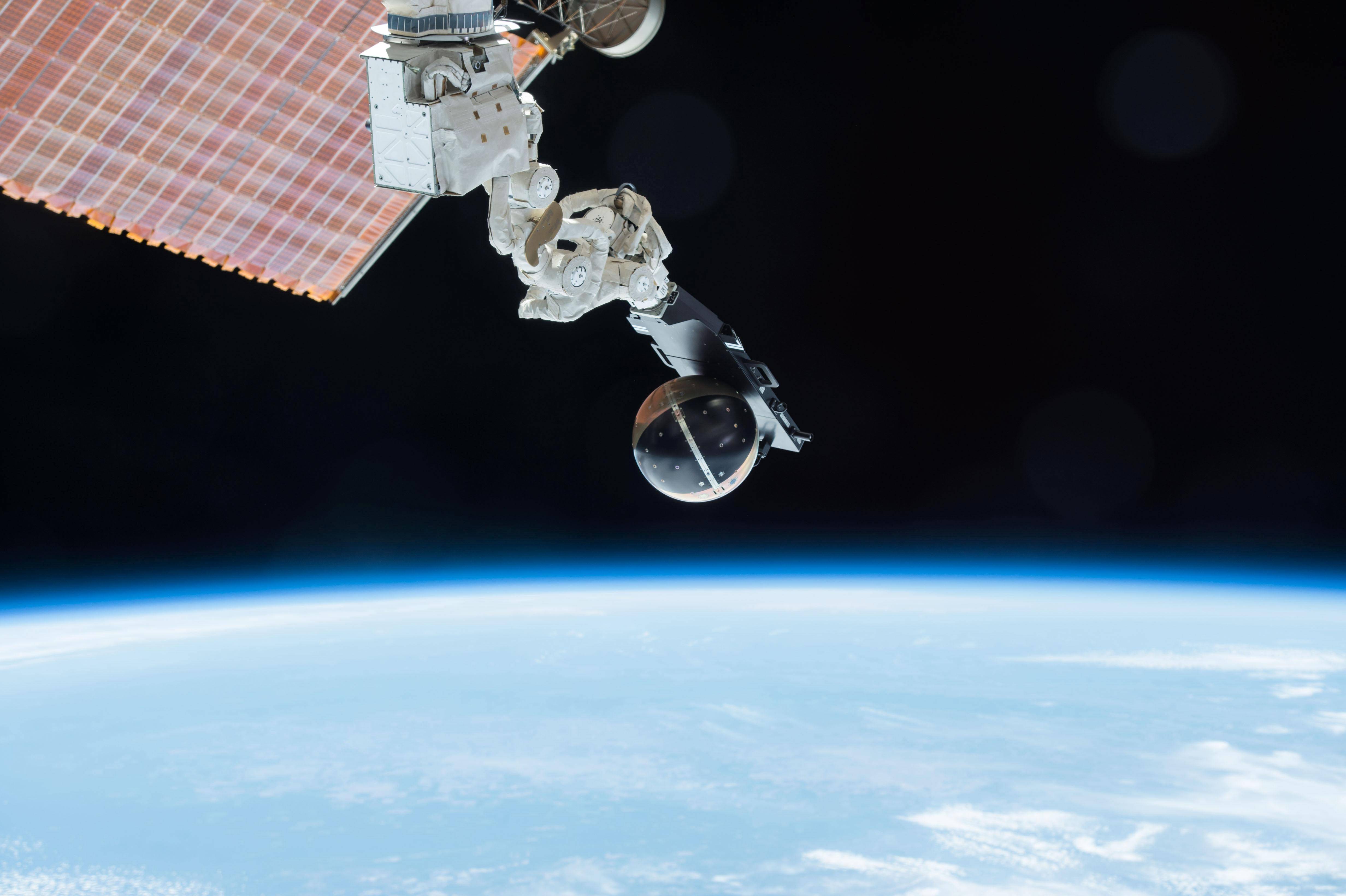 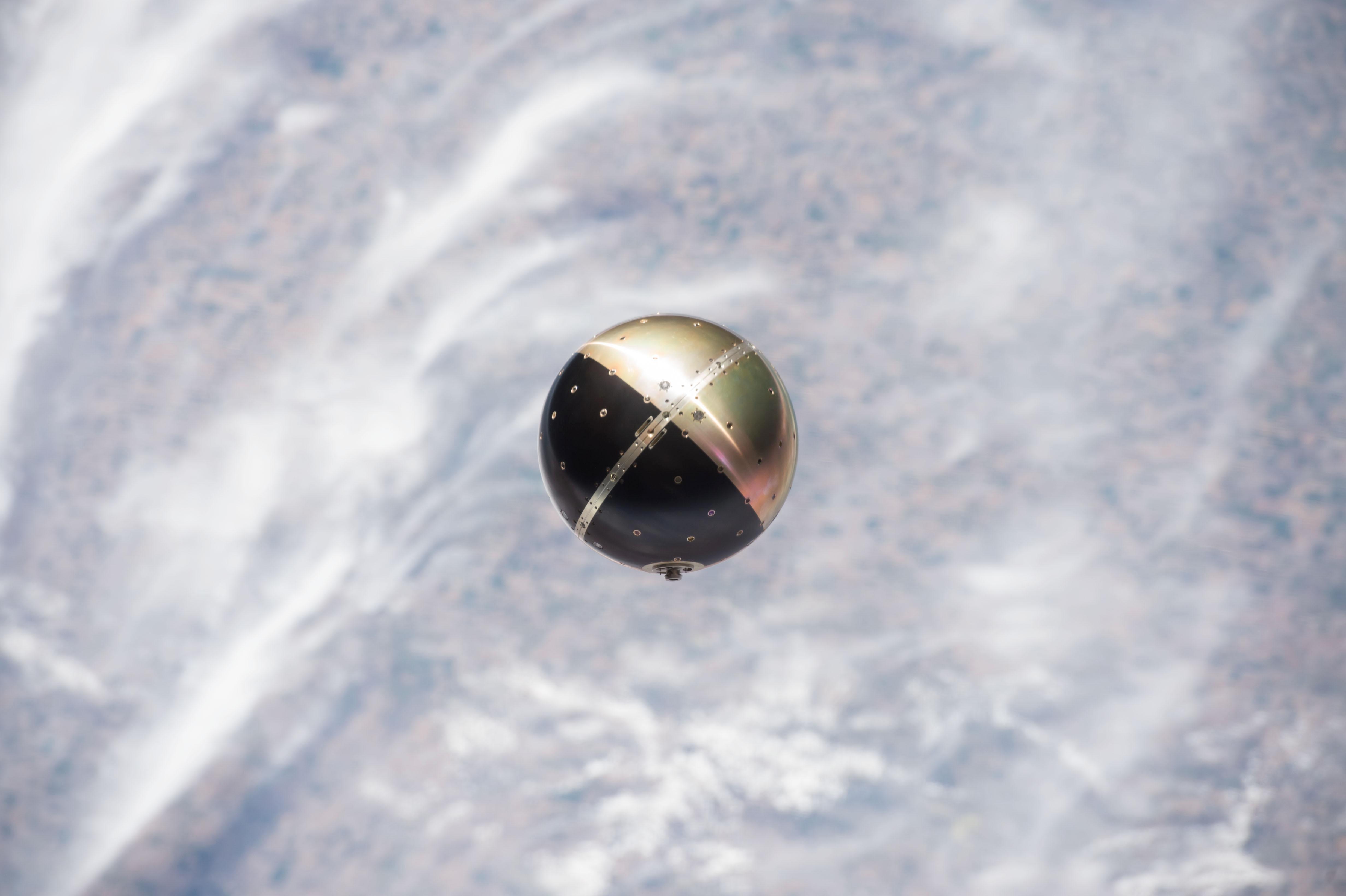 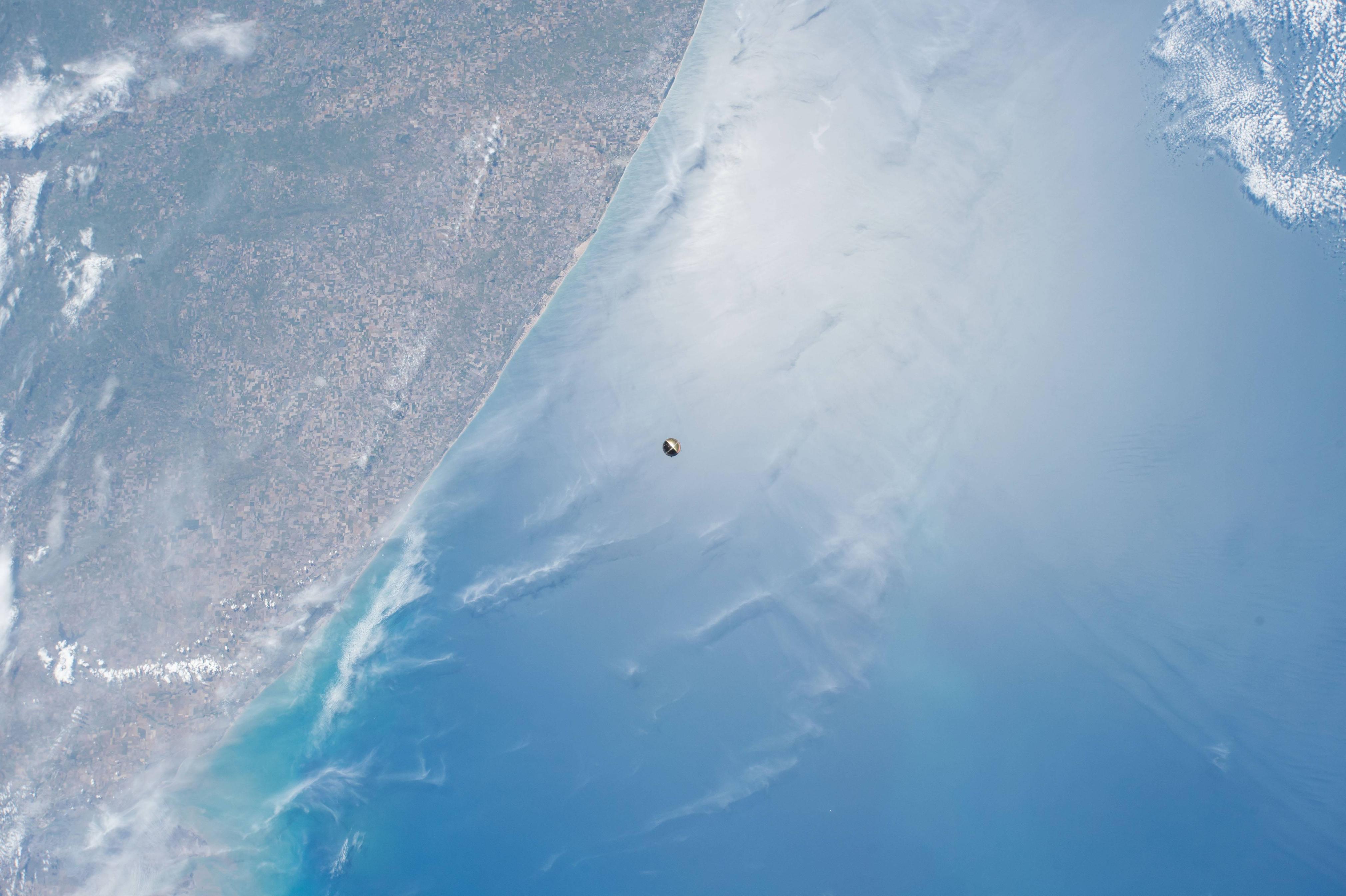 When the results of the experiment become public, they should become visible on the NASA page you linked to. I haven't found anything in NTRS or on the website of the Naval Research Laboratory that runs the experiment.

This page has some details on what happened after launch:

• Sept. 2015: Already in early 2015, researchers at the AFRL (Air Force Research Laboratory) began their collaboration with the NRL SpinSat team, with the goal of using multiple AMOS (Advanced Maui Optical and Space Surveillance) sensors to observe the satellite firing the ESP micro-thruster thrusters, and turning the LEDs on and off. The observational goals include: 1) obtaining time-resolved, multi-band measurements of the satellite actively firing its micro-thrusters, 2) characterizing the detectability and spatial/temporal morphology of the ESP thruster plumes, 3) measuring the spin rate of the satellite with the LEDs turned on, ideally before and after a spin rate adjustment maneuver, and 4) measuring the spin rate of the satellite in its completely inactive mode, using only passive observations of reflected light and/or thermal emissions. 12)

Summary of AMOS Observations: Multiple sensors from the AMOS observatory's 3.6 m and 1.6 m telescopes were used to observe the three passes shown in Figure 14. Table 2 includes color-coded summaries of the status and quality for the collected data sets. The sensors include two acquisition sensors (LAAT and AATS) which are small, side-mounted, co-aligned telescopes imaging visible-band emissions using silicon-based CCD detectors, each with a relatively wide field-of-view (WFOV) subtending ~30 arcmin. The 3.6 m and 1.6 m telescopes also host one or more narrow field-of-view (NFOV) sensors, subtending ~30 arcsec or less. Three of these NFOV sensors (DI, ARDI, and Flash) also image in the visible and near-infrared spectral bands using Si-based CCDs. The 3.6 m LWIR sensor, however, acquires NFOV imagery in two thermal-infrared bands simultaneously. The analysis concentrates on the data gathered during the second AMOS pass, which had the best observing geometry and employed both near-IR and thermal-IR sensors from the largest-available AEOS (Advanced Electro-Optical System) 3.6 m telescope.

Observed Light-Curves: Figure 15 shows three light-curve plots acquired by the AEOS telescope's LAAT, ARDI and LWIR sensors during the second AMOS pass. The brightness units are instrumental magnitudes normalized for range variations, which provide a logarithmic measure of whole-object brightness, with the effects of object-to-observer range variations removed (but otherwise not radiometrically calibrated). The upper panel (blue) shows data from the LAAT sensor (a 0.6 m acquisition telescope coaligned with the main 3.6 m telescope), within the approximate 0.85-1.0 µm spectral range using an 850 nm long-pass spectral filter. The middle panel (red) shows data from the ARDI sensor, which is mounted on the 3.6m telescope itself, measuring emissions in the ~0.7-1.0 µm range using an I-band filter; this sensor provided the best signal-to-noise quality data among all of the light-curve data. The bottom panel (green) shows data from one of the two channels of the narrow-field LWIR sensor, also mounted on the 3.6 m telescope, measuring thermal emissions in its N2 filter band spanning the ~10-13 µm spectral range.

Not the answer you're looking for? Browse other questions tagged attitude solid-fuel experiment restartable-engine or ask your own question.

46
Why does NASA publish all the results/data it gets?
5
Why were Europe's first few satellites so stylish? Why the pronounced alternating white and black stripes?
12
How does an Electric Solid Propellant rocket work?
5
What is the convention for "launch date" when dockings and transfers are considered?
3
Does this electronics box, or any other non-spacecraft released by astronauts have a TLE?
3
How many spacecraft deployed from the ISS have escaped Earth orbit? Are there plans for any in the near future?
2
How much brighter-than-expected could a spent rocket body become?
0
Tradeoffs using a battery/motor/gyro versus tangential thrusters to spin a spherical shell in space?

24
Did the designers of Voyager neglect the angular momentum of the tape recorders?
13
What is the minimum number of RCS thrusters capable of stabilizing a satellite against an arbitrary rotation?
14
Does this kill vehicle contains momentum wheels? Watch how it moves!
11
Can a satellite work like a radiometer?
5
Are robot arms ever used for attitude control in space?
4
How would the shuttle perform various attitude changes during ascent?
3
What are the advantages of solid iodine propellant and how is it used for ion propulsion?
2
Mathematics behind attitude maneuver
4
How powerful do cold gas thrusters normally get?
6
Solid state thrust vectoring