Shear forces between Shuttle, tank, and boosters - what pushes what?

This is the question that I should have asked here. The space shuttle and the two solid rocket boosters (SRBs) are mechanically attached to the giant tank.

There are also mechanical forces between the SRBs and tank, and between shuttle and tank. My question here is about these forces.

While under flight, the SRBs are lifting the tank, so the forces of the SRBs on the tank are positive. Near the end of their propulsive flight, they separate from the tank - are they still lifting at this moment?

Ideally, I'd like to see if there is a plot of SRB-tank, and shuttle-tank force (magnitude and sign) as a function of time, for small payload mass and maximum payload mass (Hubble?). 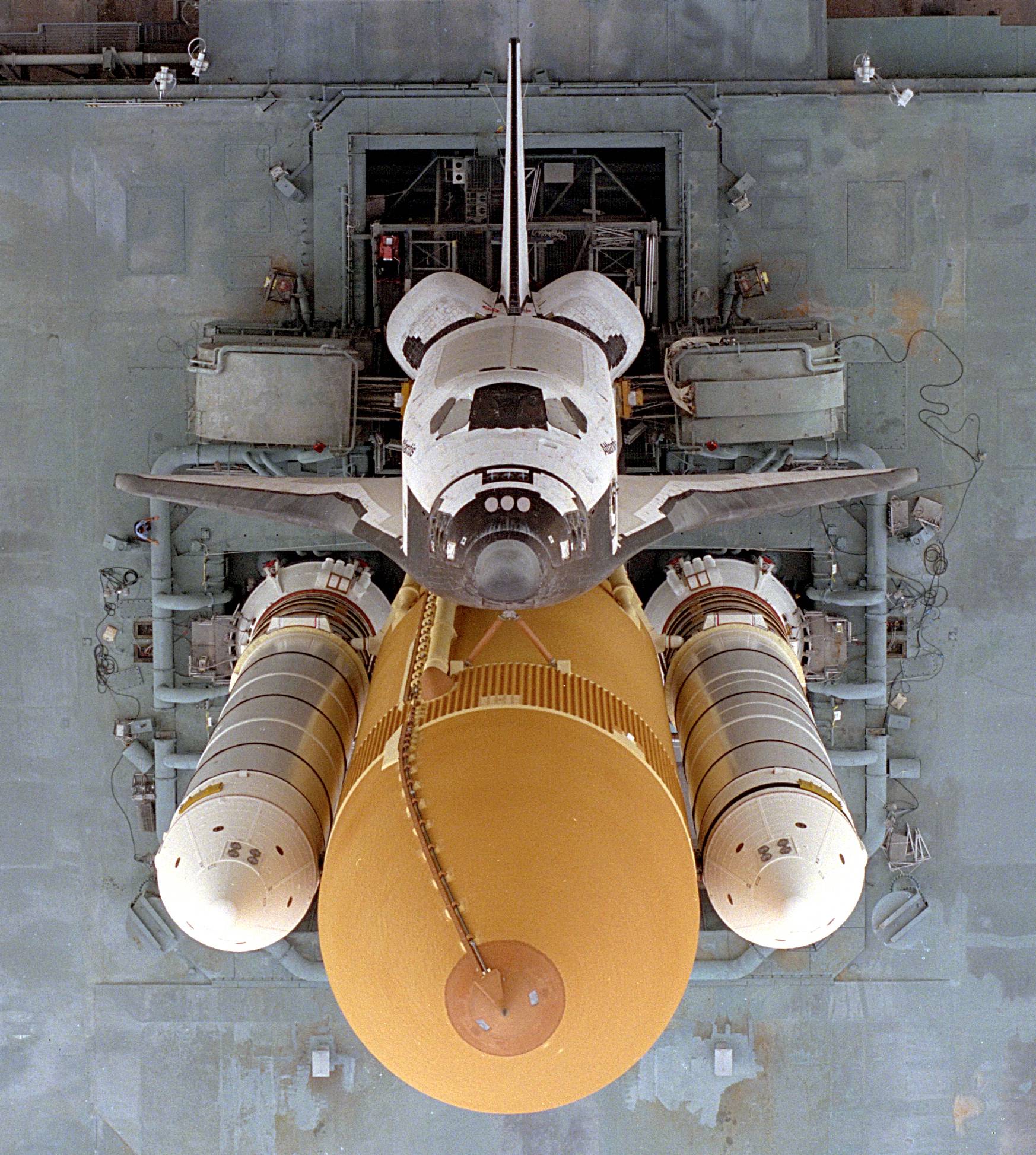 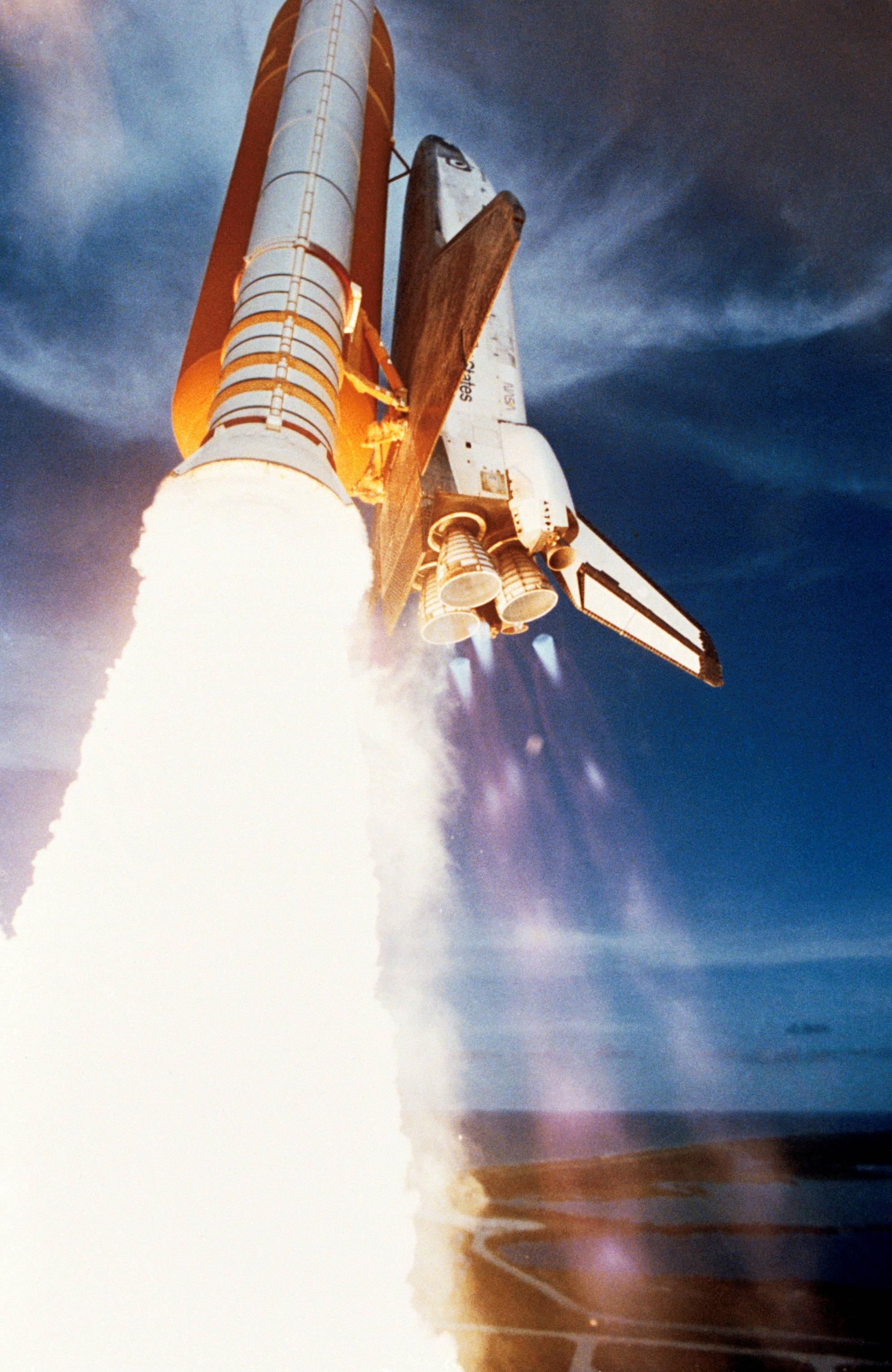 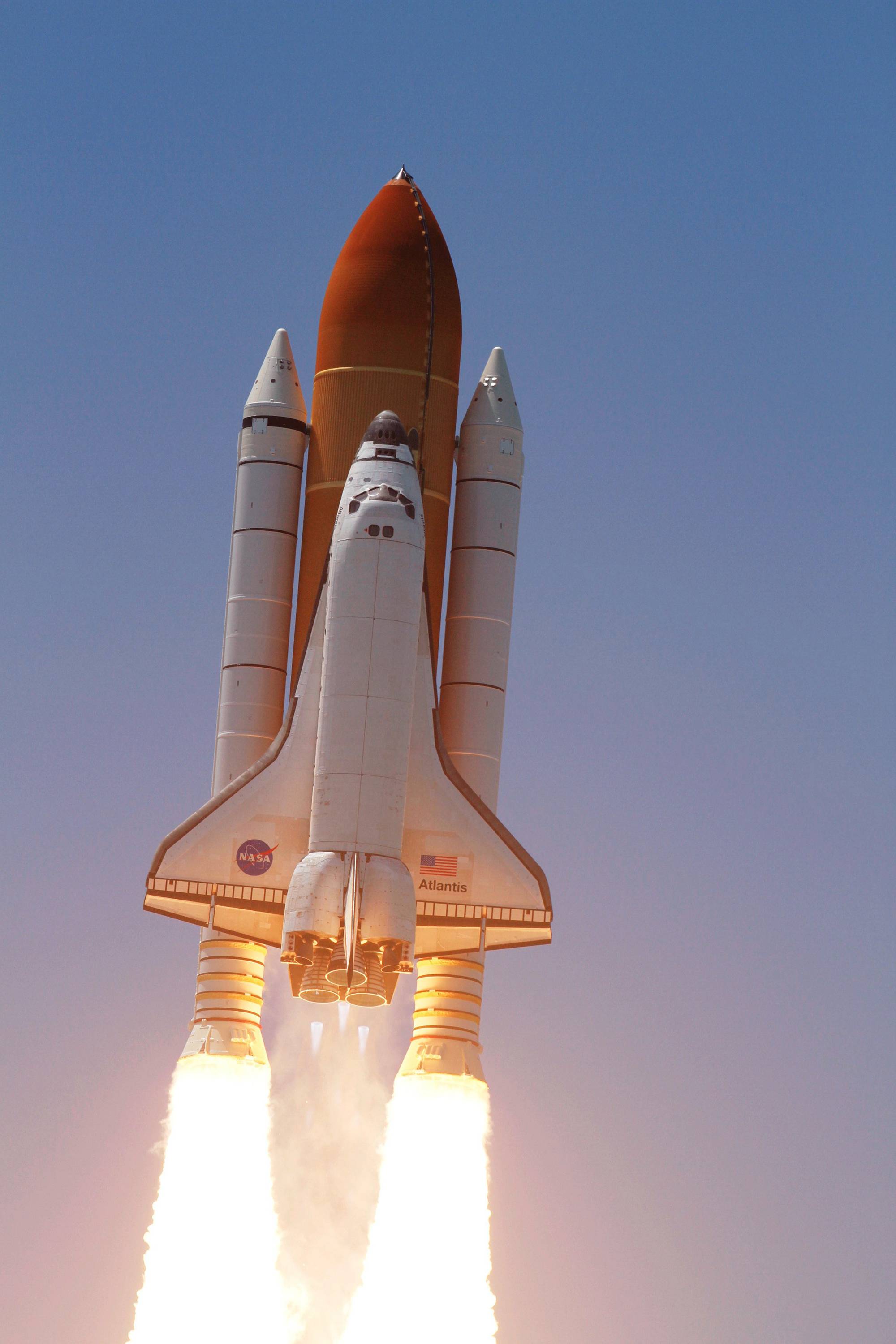 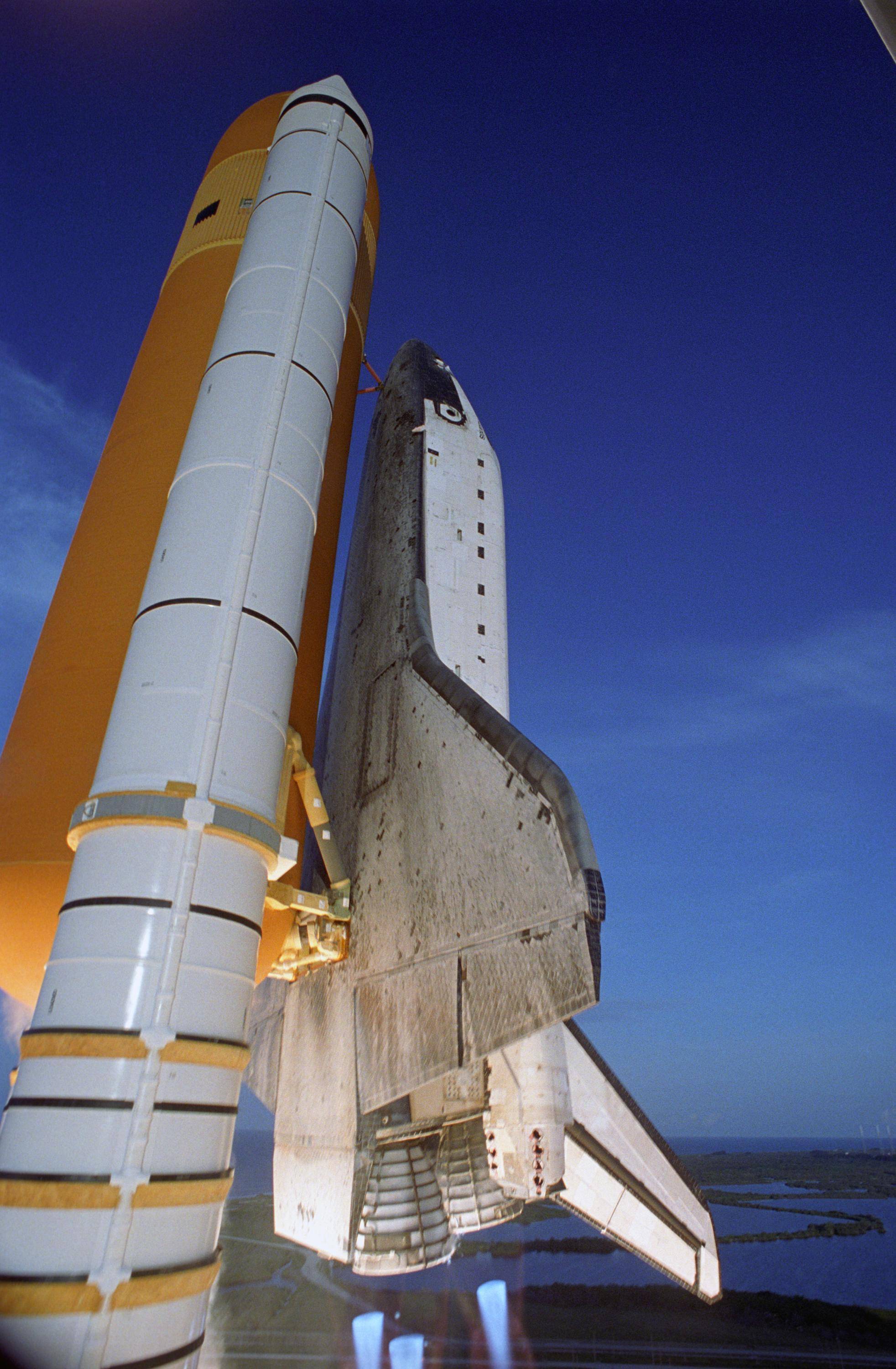 The three SSMEs provide 568 tons of thrust, the Orbiter has a weight in the region of 100 tons incl payload. The Orbiter always exerts a positive force on the tank from liftoff to MECO, no matter what the payload (0-16 tons in practice).

The SRBs are jettisoned when their thrust drops to 100,000 lbf/45 tons, so by then their thrust/weight ratio is below 1 and they are being pulled along by the Orbiter. Thrust dropoff is very rapid, so this occurs for just a few seconds.

Not the answer you're looking for? Browse other questions tagged space-shuttle gravity atmospheric-drag thrust or ask your own question.

21
How is thrust transmitted from strap on boosters to the central core?
15
For a typical Shuttle mission, how much solid fuel is leftover at SRB separation?
6
How were the Space Shuttle and its External Tank connected (structurally)?
1
What does the Shuttle's axial forces analysis reveal?
0
How is max Q for the shuttle actually defined?

6
Why will SLS Block I bring less mass to LEO than the STS shuttle system did?
6
How big of an external tank to replace the shuttle SRBs with more LH2 and LO2?
0
Why would different Shuttle orbits have different mission directors?
21
What is the function of the corrugations on a section of the Space Shuttle's external tank?
8
Why did Columbia’s planned flight manifest have a five-year gap with absolutely nothing in it between 2004 and 2009?
6
How were the Space Shuttle and its External Tank connected (structurally)?
1
What does the Shuttle's axial forces analysis reveal?
2
Space Shuttle RTLS in 3-engine-out: what does it use for propulsion?
5
What was the primary role of epoxy layer between metal structure and insulation foam on External Tank of Space Shuttle?
7
Were there any cases of woodpeckers damaging Shuttle External Tank insulation other than that of STS-70?