Roughly when were these Pegasus photos taken?

Question: Does anyone know roughly when were these Pegasus photos taken? Could they be circa the first flight in 1990? Before or after?

Clearly it worked in any case. After 25 years and 37/42 successful launches, Pegasus II is coming.

The tweet links to this article: Pegasus Celebrates a Quarter of a Century Milestone. Some more info and photos from that timeframe can be found in the video below. 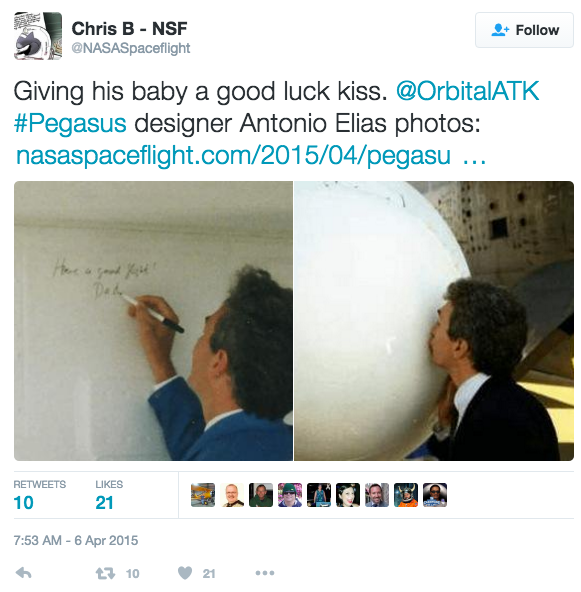 Some more history from YouTube, including Kubrick's other propulsion-related film.

Browse other questions tagged history launch-vehicle first-flight or ask your own question.

4
What is the game that the Towed Glider Air-Launch System (actually) changes?

19
What is the highest number of humans in space at the same time and what vessels were they on when it happened?
5
What were the highest quality photos and knowledge of Uranus and Neptune before Voyager?
4
When were the presence of specific elements on asteroids first identified?
12
Was there any period of time when other U.S. launchers were abandoned in favor of the Shuttle?