How is JunoCam different from a normal CCD camera?

JunoCam has tweeted us! More background from the BBC. 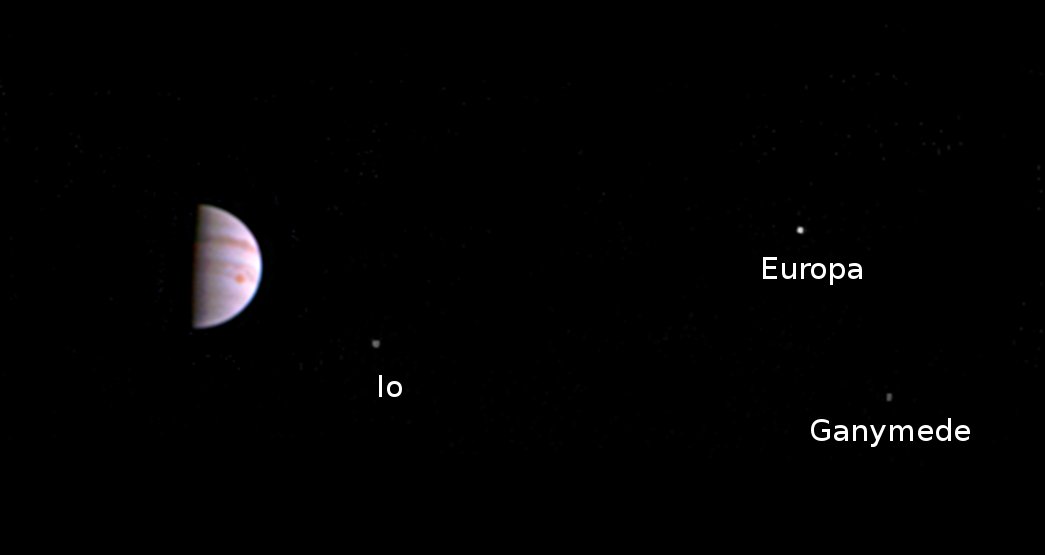 It is supposed to have several features that help allow it to work in the high radiation and magnetic fields it will experience during each flyby. Although it has a 4:3 sensor, according to Wikipedia it has a very long, narrow 18 x 3.4 degree FOV, and that there are three color filters, not the normal Bayer arrangement.

How does this thing work? Why such a strange aspect ratio? Inquiring minds want to know!

The other key technique is that JunoCam is a pushframe imager as opposed to a framing imager. A frame results when the time delay and integration is complete (the number of TDI steps is commandable). This frame is pushed onto local memory. JunoCam alternates between visible and methane channel, so that means that another visible frame will be produced a minute later thanks to JunoCam's 2 RPM rotation rate. The result is a jumble of partially overlapping framelets that need extensive ground processing to make sense of the imagery.

Not the answer you're looking for? Browse other questions tagged jupiter flyby juno camera or ask your own question.

4
Why was the image sensor design for Juno so… odd?
8
When can we (public) expect to see the first optical images of Jupiter from the Juno spacecraft?
5
How could tiny Hagoromo have been seen visually from earth confirming its lunar orbit?
5
Given that JunoCam is mainly for outreach, how bad is it as a scientific instrument?

7
What are the gravitational assist effects on the inclination of a probe's trajectory, from passing by Jupiter at different latitudes?
4
Why are CCD cameras still used, not CMOS for live view from the rocket?
19
Was the side booster footage from the same camera during the Falcon Heavy test flight stream?
4
How to calculate New Horizons' MVIC camera max resolution at Pluto and Ultima Thule?
20
How did NASA get the video camera on the Moon to track the LM ascent stage, considering the substantial delay?
7
How to make a camera survive in (near) space?
2
Which camera has produced this image from Longjiang-2 microsatellite?
5
Given that JunoCam is mainly for outreach, how bad is it as a scientific instrument?
1
How (the heck) does SOHO's SWAN camera image the entire 4π sr celestial sphere?