I read somewhere that fuel was delivered to the Apollo launch site by tanker truck (for cryogenic propellants) and rail cars (for the kerosene). Were the fuels transferred directly from delivery vehicles to the spacecraft, or was there on-site storage? More importantly, for either Apollo or Shuttle, if the spacecraft had to be de-fueled, where did all that propellant go? Was it transferred to tanker vehicles or piped into storage tanks for later re-use? If there was on-site storage, how close was it to the pad, and what was the capacity in terms of number of launches which could be accommodated?

You can see the storage spheres in this picture. The tall tank nearer to the pad is water for the deluge system. 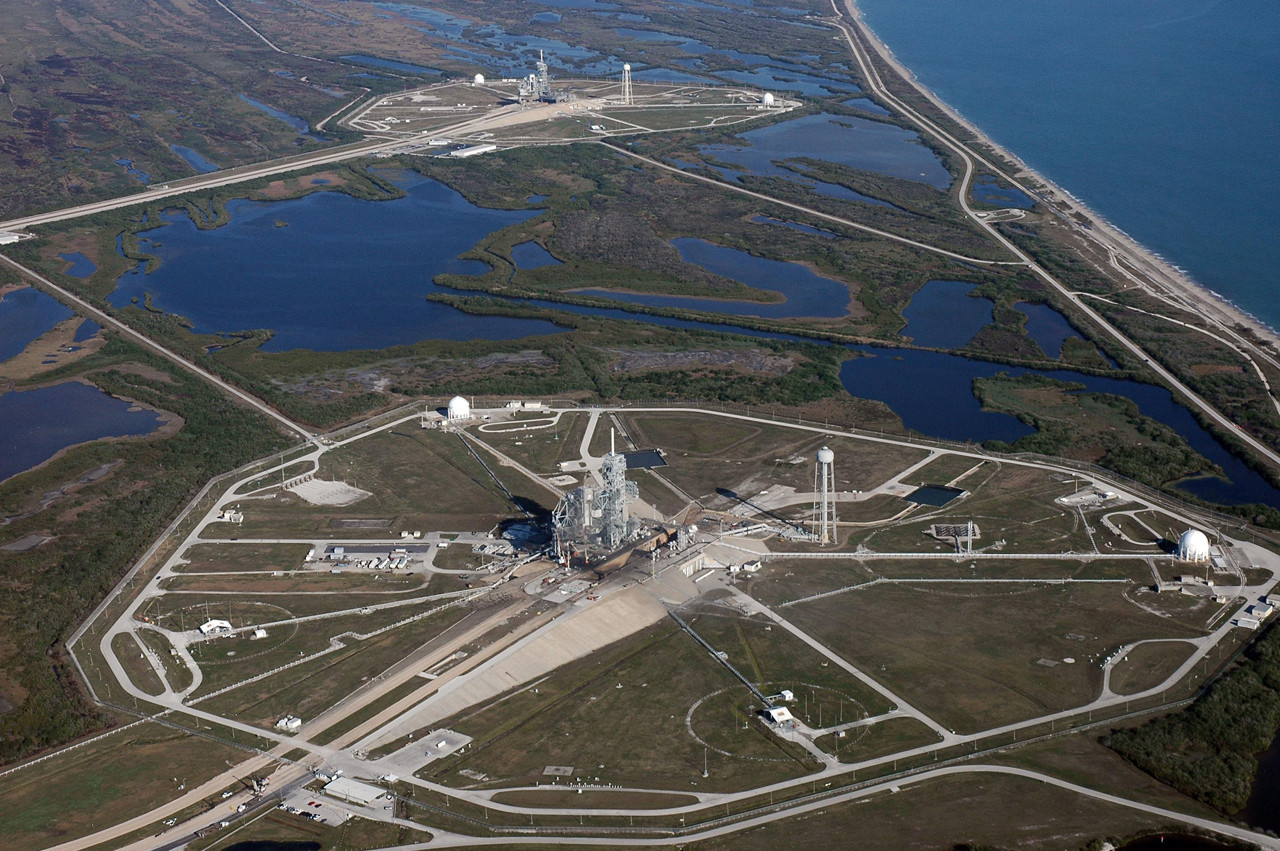 As far as detanking, the propellants went back to the storage spheres, albeit with some inevitable losses.

We drain back from the external tank into the large spheres that you see out at the launch pad. So, we do recover the fuel. Some of it is lost in boiling off during the attempt, but never-the-less we do reuse about 90% of the fuel.

As far as limiting the number of launches, I do not believe that availability of the propellants was ever the limiting factor. Rules about crew and launch team fatigue would kick in before that ever happened.

The space agency usually limits the number of consecutive launch attempts to two in order to give the astronauts and launch team a rest.

Not the answer you're looking for? Browse other questions tagged launch apollo-program space-shuttle or ask your own question.