What happens to spare rovers? 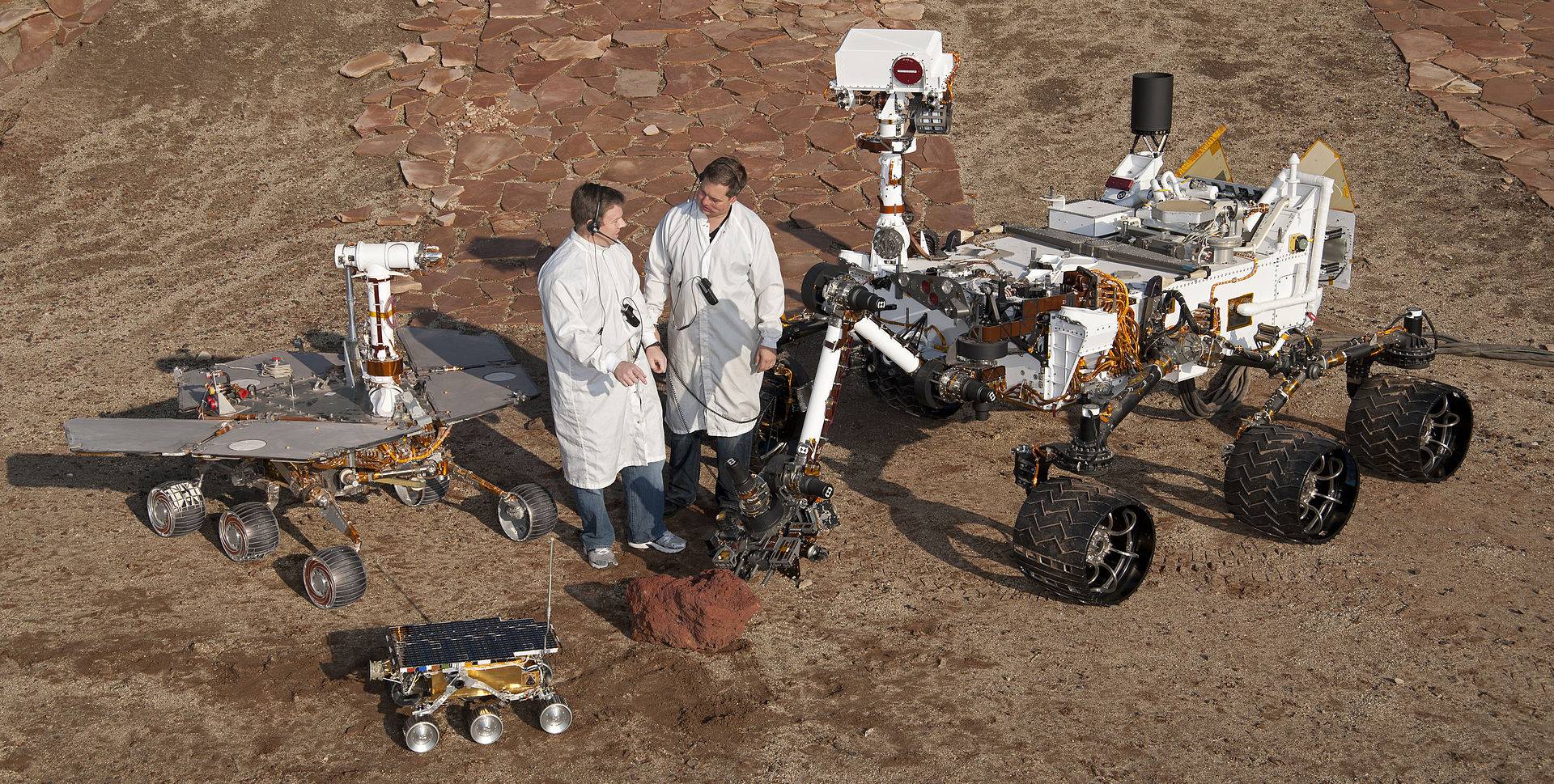 I found a picture on Wikipedia that seems suggest that NASA is keeping rovers from previous missions for testing and flight spares. Do they have full set of science instruments or are they stripped down versions? What happens to them after the mission is over? Are they being used for anything, either as a whole or in part (for example the science instruments)?

These are not actually "spare" rovers. They are either fully functional duplicates or media mockups. In the case of the former, they are used by NASA's Jet Propulsion Laboratory for testing. Sometimes when they run into troubles with a rover, or they just want to try making it do something new, they test it on one of these first. For example, when Curiosity was having wheel troubles, they brought out their copy and drove it over sharp rocks so that they could better understand what was causing the damage. JPL has a special area called the "Mars Yard" to do this testing in. They also have stripped-down models to be used for more specific tests.

They do have spare parts for some of the instruments and other parts, and sometimes these are used for testing or just kept as mementos. However, in some cases they are repurposed for use on other missions. When they built Curiosity, they made some duplicate parts. The spare heat shield, which was never used, will be used for the Mars 2020 rover. Some of the Entry, Descent, and Landing (EDL) radar will also be reused.

Some of the copies are nonfunctional, or are just minimally functional. These are used essentially as props, to take to schools and show kids, or to demonstrate to the media different parts of the machine. They look as close as possible to the real thing, and can sometimes be driven around, but lack the science instruments.

Also, most notably, any of these copies will lack the RTG power source that Curiosity contains, and are powered via more traditional batteries.

After the mission is over, they are usually kept, just in case they might be useful for future missions. NASA reuses a lot of designs for future missions, since they know these designs work. Otherwise, they're just used as teaching and media aids.

These are known as Engineering Test Units. They can differ from flight units in a number of ways:

Bottom line, they might be able to send them, but the ones on the ground are of lower quality. After a mission is over, they will likely end up as some kind of a museum piece, either internal to NASA, or even somewhere like the Smithsonian.

Not the answer you're looking for? Browse other questions tagged mars nasa rovers curiosity or ask your own question.

13
Does NASA have any plans for future Mars rovers after Curiosity?
28
What happens to defunct lunar and Mars rovers? What technological barriers prevent humanity from creating a perpetual rover?
23
Why do the Mars rovers move so cautiously?
30
Planetary rovers - six wheels vs four?
3
Since the Prob-M Mars Rovers had a motor for locomotion, why not use wheels?
8
Is there a contingency option in Elon Musk's plan to colonize Mars in case the in-situ propellant production does not work out?
10
Methane on Mars - Can we locate the source?
18
Did NASA's Borg Collective-designed antennas work? Have similar designs ever been used in spacecraft beyond testing?
9
How do the Mars rovers sleep through the night on Mars?
4
How does the Commercial Crew Program differ from the way NASA's previous crewed systems were developed and operated?