Making propellants on Mars: Why not just LH2/LOX instead of methane?

But why not keep it simple ("because it isn't" is a possible answer) and just use solar photovoltaics and electrolysis to make LOX and LH2 from the same water used above:

What are the salient tradeoffs here? If the slide shows methane, and the acompanying discussion talks about the problems of trying to make a methane engine, why is LOX + LH2 not discussed? 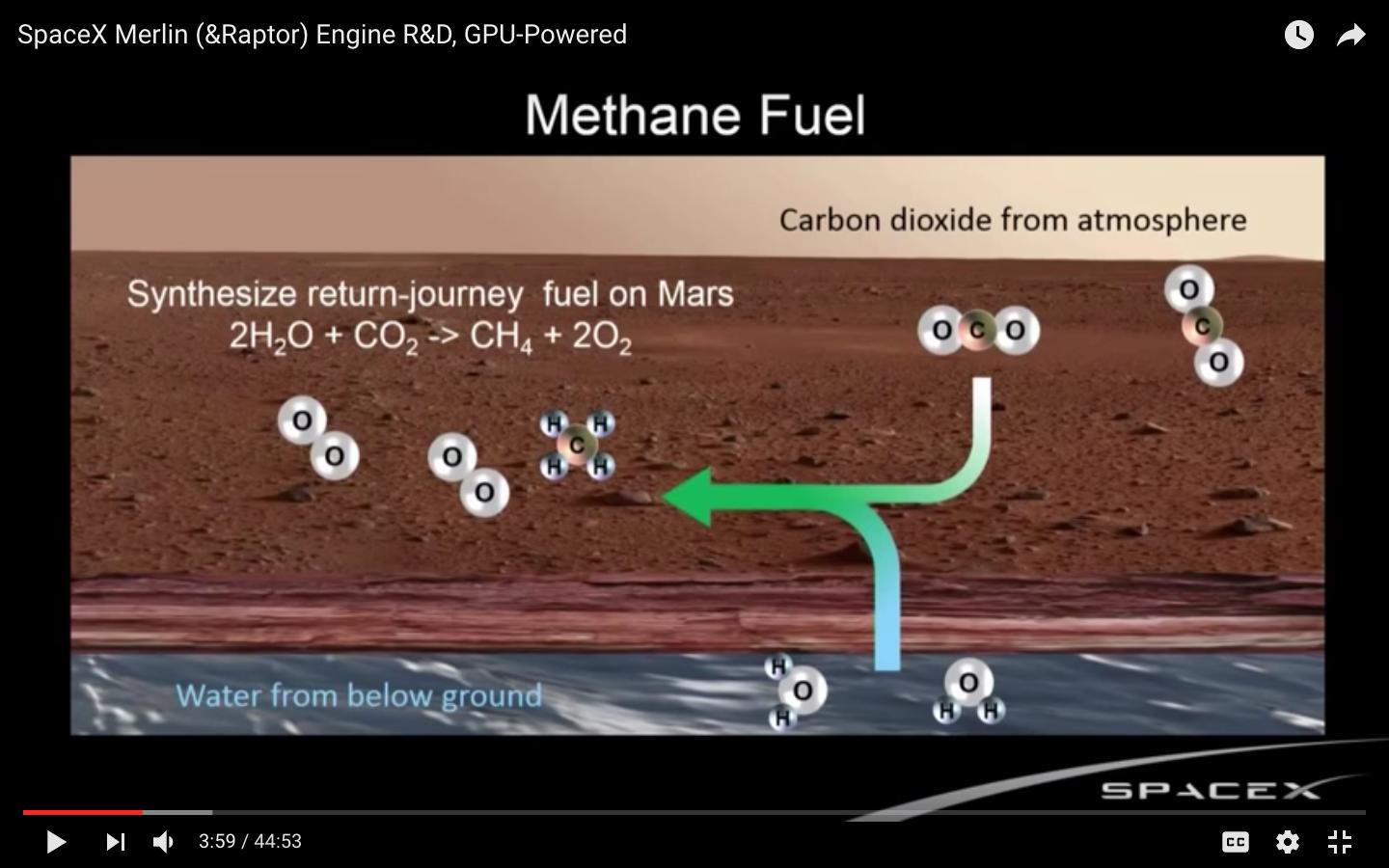 Liquid Hydrogen is difficult to deal with. The temperature must be 33 K or lower. Liquid Oxygen requires 90K, and Liquid Methane is similar. The temperature requirements are far less as such. The surface of Mars varies between 140K to 300K. The values for storing Methane/ Oxygen are much closer.

Methane also requires less hydrogen than the LH2/LOX rocket. It has been assumed that hydrogen is relatively difficult to find on Mars.

Lastly, Liquid Hydrogen is very difficult to deal with, as is mentioned in this NASA article. The long term storage of the substance is something that hasn't yet been achieved.

As briefly mentioned in the previous answer, H2 is very tricky to deal with. The temperature is one thing, but what he didn't mention was its extremely low density. If I recall correctly the LH2 tanks on the shuttle require around 4-5 times the space of its LOX tanks, if not more. The volume and mass of the tank itself make them very difficult to deal with, and adding cooling system to prevent the fuel from boiling off compounds that problem even further.

Methane, on the other hand, is very dense. What it lacks in performance it more than makes up for by requiring a comparably tiny tank volume. What your rocket lacks in ISP it will more than make up for in having more propellant and less dead weight from the tanks.

So, in addition to my points about the low density and high tank/support system mass involved with LH2, you'd need significant additional powerplant mass, too.

Adding to above answers, the escape velocity from the surface of Mars is less than half that from Earth, 5.0 instead of 11.2 km/s. So the high ISP of LH2/LOX is not as hardly needed. Or to put it the other way around, the low ISP of CH4 is less a waste of PV energy than it would be on Earth.

18
Why did the Earth based observations of methane on Mars go wrong?
31
Why not travel to Mars in 2 months?
2
Back to oribt from Mars - how many km^2 yr of solar power to make enough propellant?
7
What's the scientific evidence of water for return trip methalox on Mars?
3
Why not a landing platform with solar cells on the Mars 2020 rover for the helicopter scout?
46
Why Mars instead of a space station?
3
How do I calculate thermochemical properties of mixed gases?
11
Why RP-1 and not Methane for Falcon 9's Merlin engines?