Why doesn't this SpaceX rocket test fire use water sprays?

I know that rocket launches always have water towers spray water all around when the rocket is launching to suppress the extreme sounds and shockwaves generated by the launch and ensure the rocket doesn't tear itself apart.

But in this video of a test fire no water towers are visible. How does SpaceX prevent damage from vibrations in this case?

The amount of white vapor present at the beginning and end of the test suggests that there is indeed a water spray down within the flame trench. There is no need for above-grade spray because the rocket is tied down and cannot lift off. The structure of the test stand itself will provide substantial acoustic shielding for the rest of the vehicle.

The two test stands that SpaceX has in McGregor, TX are pretty open at the base.

There is the BFT (Big F*****/Falcon) Test stand that they inherited and upgraded. 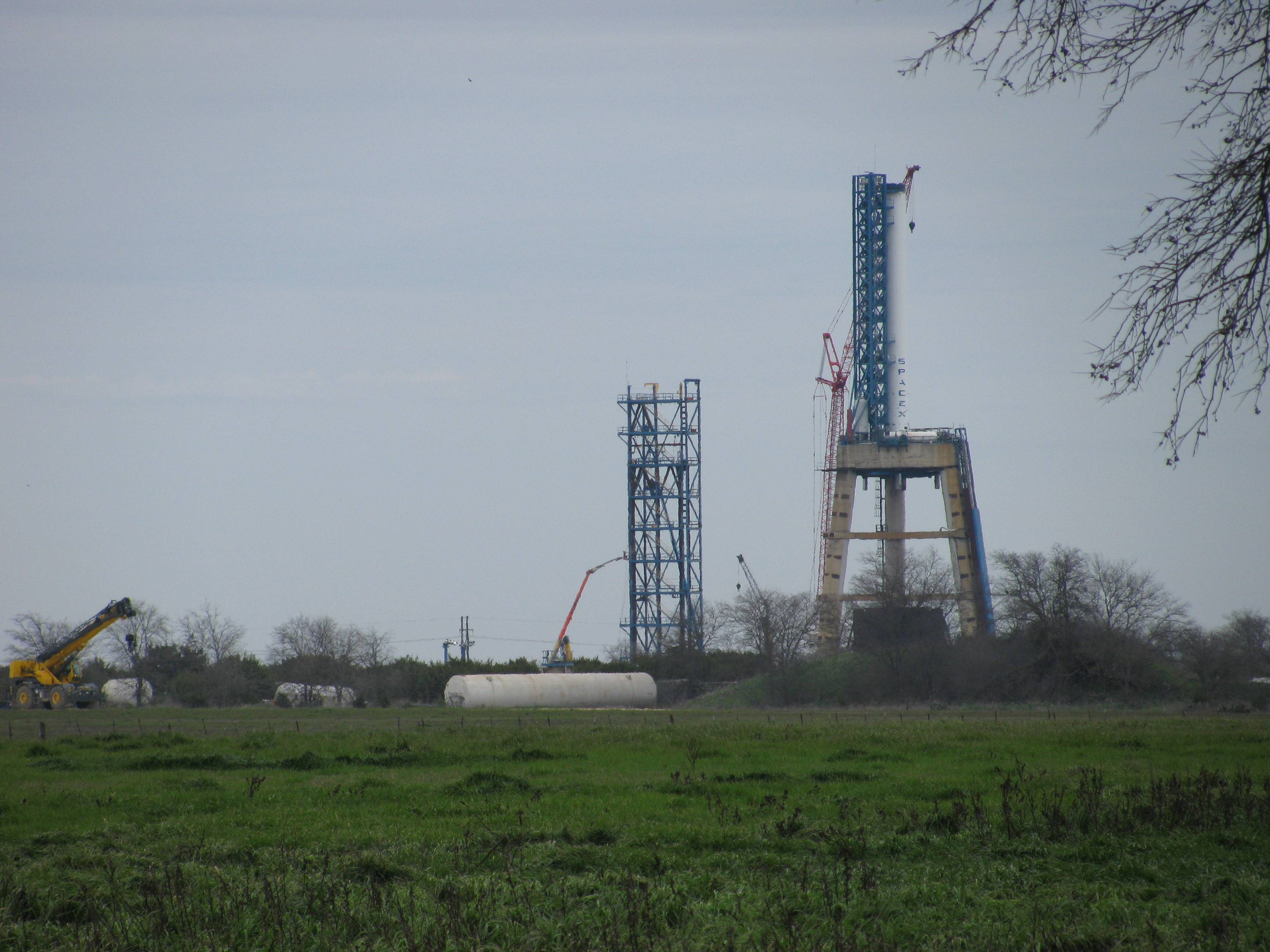 It has since been retired (at least for now... My personal theory is that as the launch tempo increases they will possibly require reactivating it) since the change to super cooled LOX and RP1 would require a lot of ground support equipment (GSE) changes.

They were in the midst of building a new test stand, we all thought was for the Falcon Heavy, so needed to be big enough to handle three cores at once, though since then it seems they only plan on testing one core at a time, however as the Falcon Heavy launch campaign is getting closer and closer, reality will trump theory.

You can see that test stand in this photo: 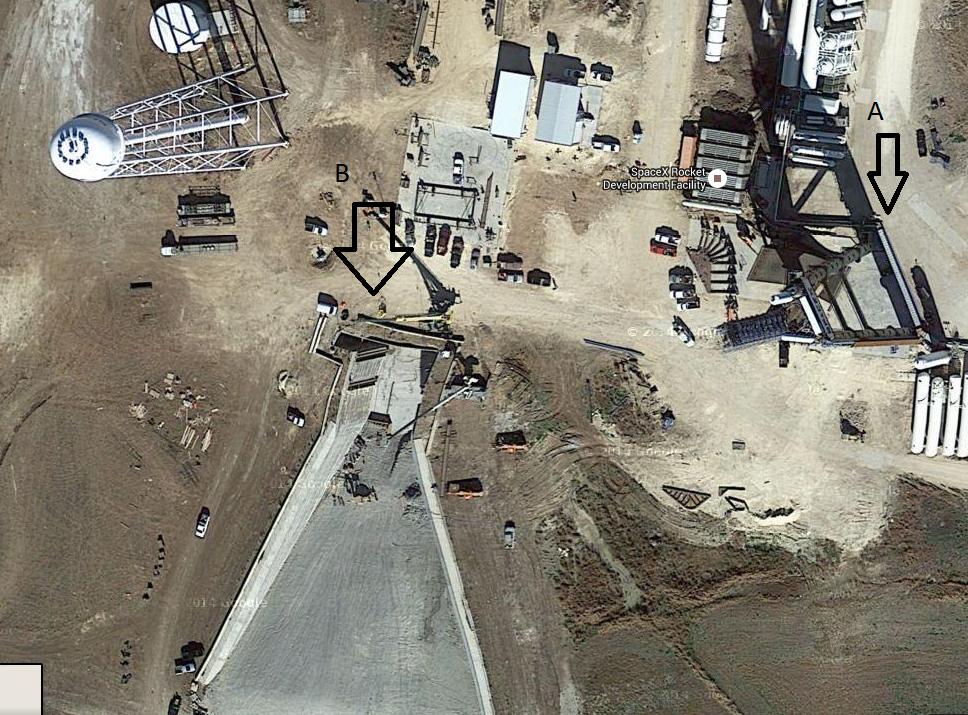 What you will notice in both is that they are REALLY open to the world. There is a lot of space for the exhaust to go, and nowhere really to pour water that can absorb the energy (thermal and audible). Apparently they do use a water deluge system, and it is likely at the bottom of the new test stands trench.

Not the answer you're looking for? Browse other questions tagged spacex water testing sound vibration or ask your own question.

4
What is this structure at the SpaceX McGregor, TX test site?
22
Why does SpaceX have a launch window for a pad abort test?
5
Why is the SpaceX Pad Abort test starting at ground level?
35
Why was AMOS-6 mounted on the rocket for a test fire?
4
What is the advantage of doing a static test fire before launch?
7
RS-25 Hot Fire Test
4
Why doesn't carbon fiber overwrapping in LOX catch fire? (watch this video first)
25
Why was the SpaceX abort test not initiated by real booster failure?
7
What is a static fire test?