Why do geosynchronous satellites appear to oscillate in North-Southward direction? How to I trace out their path on the surface of the earth? 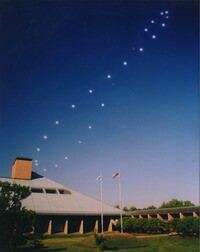 Let's first look at a typical orbit first for comparison. Note that the object being orbited could be anywhere. 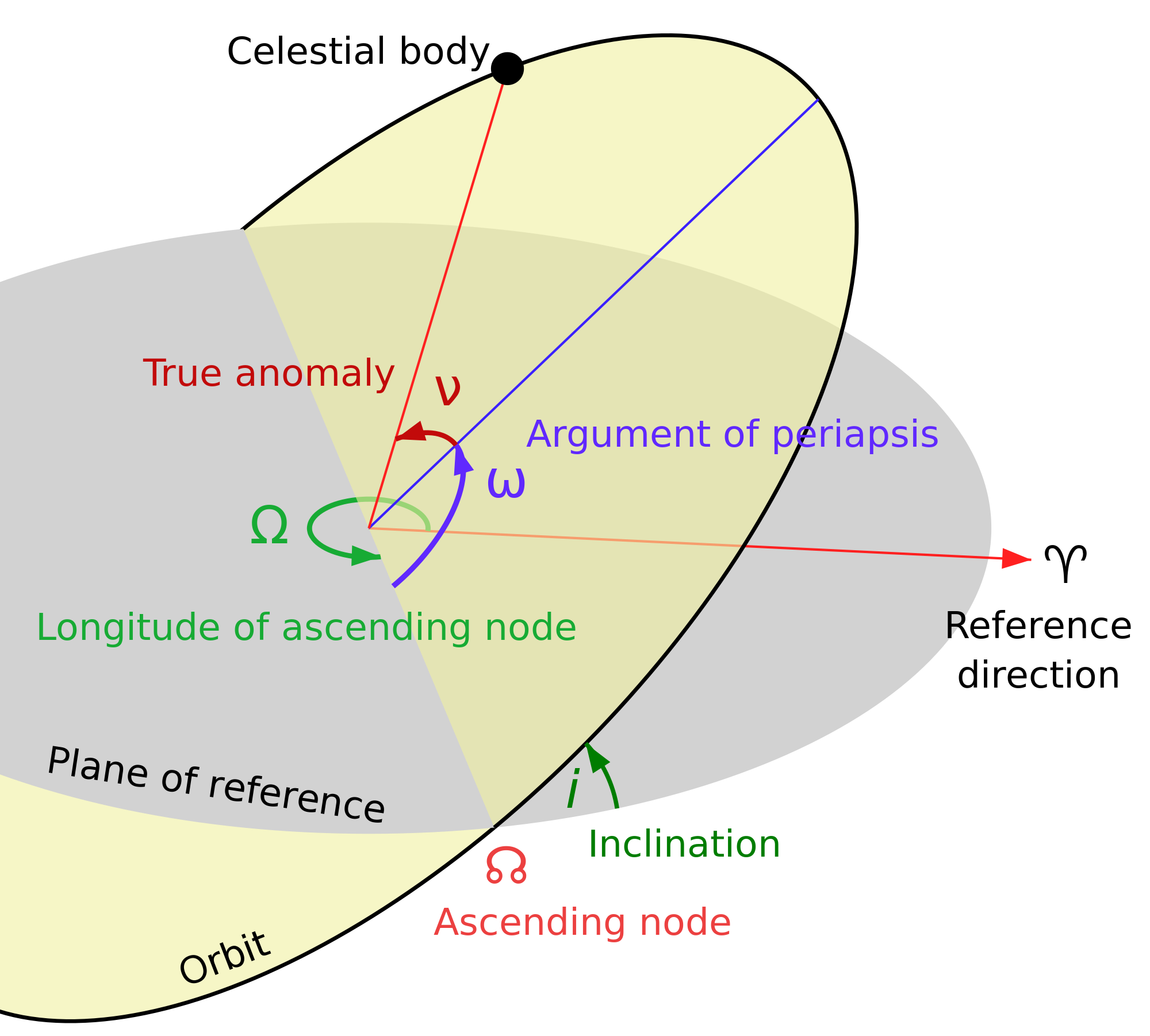 Note that it spends a time both above and below the equator. A few things about a Geosynchronous orbit:

The orbit you have shown is an elliptical inclined geosynchronous orbit. The shape is actually called an Analemma. In fact, the image you provided is of the Sun doing something similar to what these spacecraft will do on a daily basis.

The inclination is responsible for the up and down motion. The sideways part is due to the eccentricity primarily, although an inclined orbit will show a slight variation due to the changing relative velocity compared to the Earth's surface the higher it goes. The spacecraft moves faster when closer to Earth, and thus will be somewhat ahead of the Earth. When it is further, it moves slower, moving back in the other direction.

I suggest building a 3D model to understand it.

Start with a nice disk, such as a paper plate or the cardboard packaging of a frozen pizza. Mark the center and draw regularly spaced radial lines (“slices”) across the face of the plate. Number the lines at the rim and duplicate the labels farther inward too.

Cut a ring off the plate, about 1 inch wide. If you can, leave a tiny bit uncut at opposide sides so the ring is still attached at 2 points and can pivot at that location.

Tip the ring 60 degrees or so from the plate. The difference in drift is larger if the inclination is high, but lining up and sighting might be easier if not so high.

Cut tiny notches in the ring and remaining plate, and then a fine string can hold the contraption in place so it doesn’t flop around.

Now, for each marked line on the plate, sight where it lines up visually on the tilted ring now. You need a right angle: get a small scrap of wood or carboard box and tape a large cardboard triangle to one face. Now you can line up the bottom of the triangle with a line on the main plate and know it’s standing normal to the plate’s surface.

Now see where the triangle touches the detached ring. Each mark on the flat plate represents your sightline as the Earth turns. The corresponding mark on the arch is where the satellite is at that time. So look at the height to see that the sattelite appears to rise in the sky, and look at how its position will be to the left or right of your sightline: this is the side to side motion you see.

Where the arch meets the flat plate, you can approximate it in 2 dimensions as a horizontal ruler and a diagonal ruler. The same length along the diagonal ruler will not not reach as far horizontally (East) so the rising sattelite falls behind the turning Earth.

At the top of the arch, the highest point in the sky, the sattelite is directly overhead again. The setting part is a mirror image. So, you see it rise and drift left at first, then back to the right until it reaches the highest point, keeps going right as it sets, then back left again to set at the original position. Below the horizon it does the same thing upside down.

If viewing at other than the equator (lift the plate up within the arch model) then the two lobes will be asymmetrical. 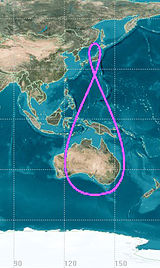 The figure 8 you show (taken from here and explained on that page) is related but different. The position of the sun at the same civil time each day will move because the axis is tilted and the eccentric orbit moves faster when closer to the sun and slower when farthest away, though the Earth turns at a constant rate. So you get arcs that move north-south depending on the time of year and the sun is earlier or later along the arc depending on the time of year.

Not the answer you're looking for? Browse other questions tagged orbital-mechanics communication-satellite geosynchronous inclination-change or ask your own question.

10
At which point would two GSO/GEO satellites with similar orbital elements be closest to each other?
11
Mars Orbit Upon Intercept
8
Why wouldn't argument of periapsis always be 90?
27
Why is the ribbon of decommissioned geosynchronous satellites skewed?
6
How do geosynchronous orbits follow the tilt of the earth?
9
Why do the LRO's orbital elements appear to constantly oscillate - except recently?
5
What is the maximum inclination a geosynchronous orbit can have?
9
Why do the geosynchronous TDRS satellites have this distribution of inclinations?
2
Why does Earth not appear to be at the focus of TESS' elliptical orbit in this video?
3
Why do orbits in the Iridium constellation have an inclination of 86.4°?