What is this on the craft from the Apollo 17 mission? 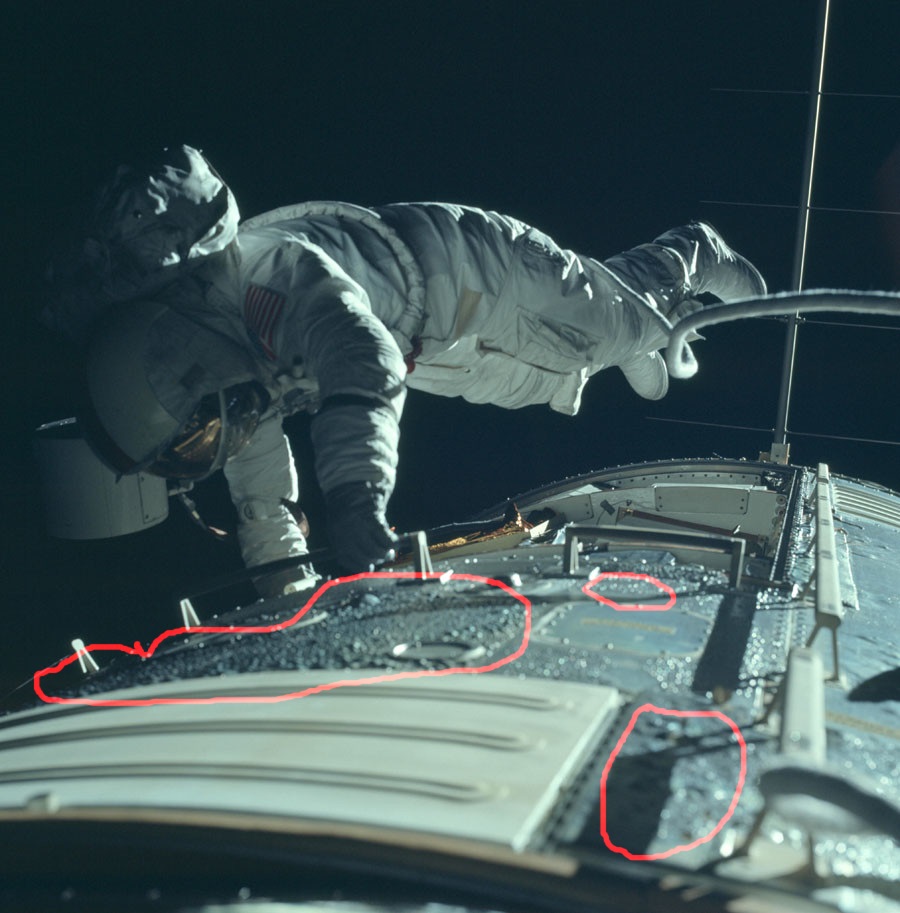 For me it looks like water droplets, but I doubt that's the case in space. Also, I don't understand why this should be a craft's surface feature. Wouldn't one aim to design a spacecraft to be as smooth as possible? And even if this is intentionally designed part of the surface, what is this irregularly placed rough stuff intended for?

If it is some environmental phenomenon, what is it and how did it get there?

Here is a contrast-enhanced detail of the Service Module (click on the photo to see the full image): 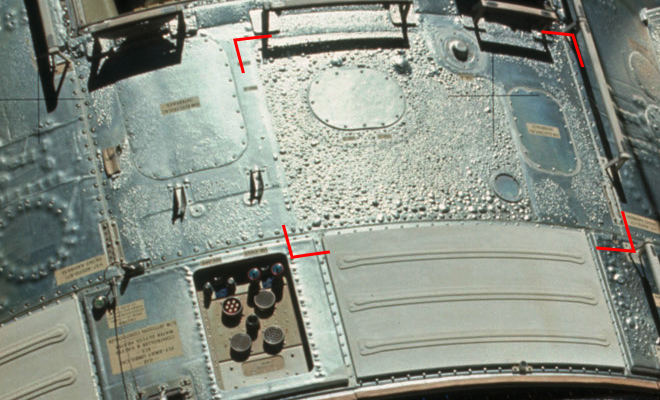 The Apollo Service module was painted with an aluminum paint. Aluminum paint will bubble severely if exposed to temperatures above 747 K, if properly cured. One can only assume the paint was exposed to something close to that temperature at some point in it's lifecycle.

Tracing back, let's see where we can find them. Here's a picture of the SM from the LM after release around the Moon. It's hard to see, but I think I see some evidence of the bubbling near the CM, where there's high glare. This matches the same spot as seen at your image.

The breakdown of the spacecraft is as follows. Note that the image was almost certainly taken from the side hatch. 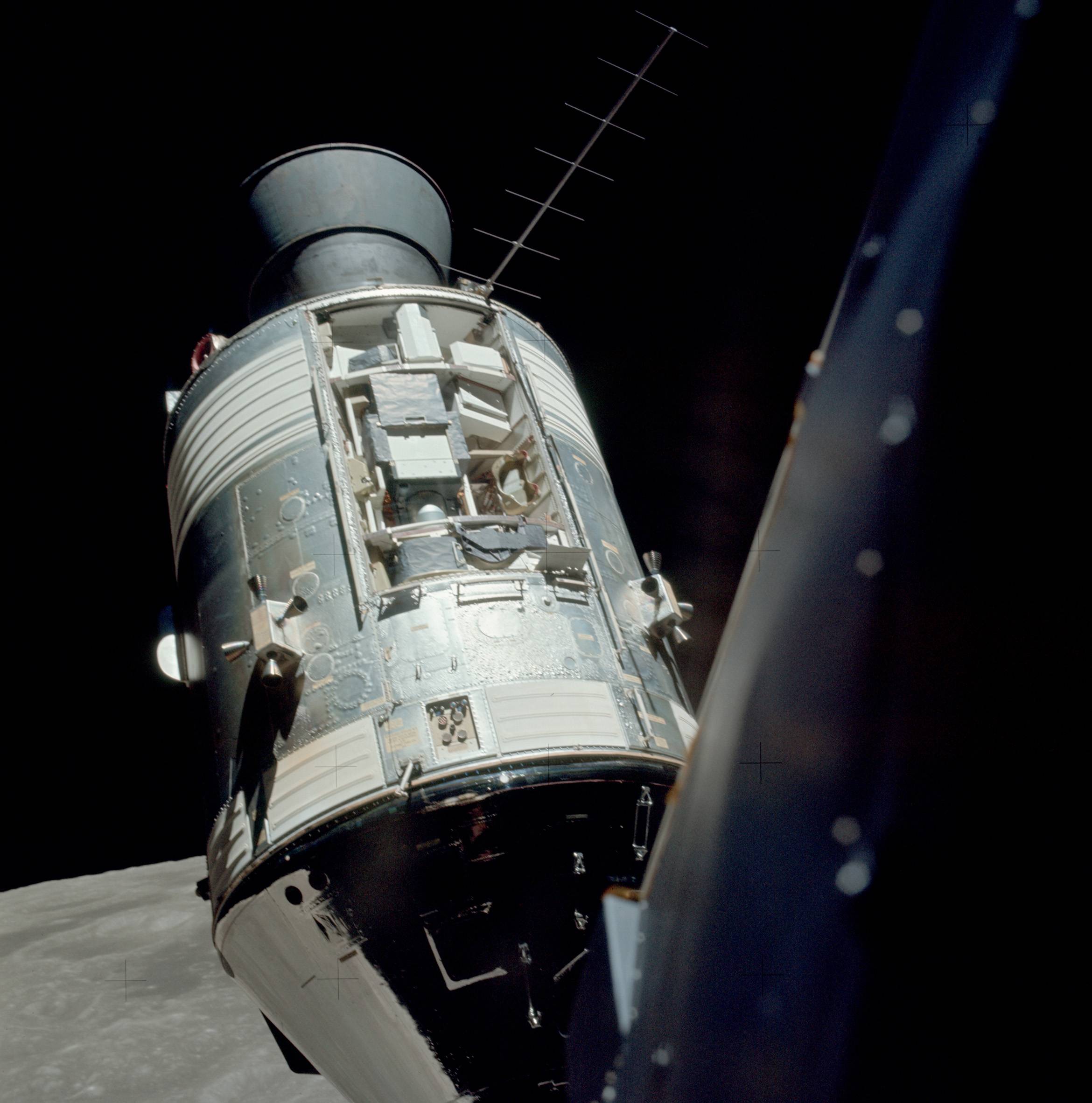 If I had to venture a guess, I would say it probably happend when the tower was jettisoned, some small flame reached the paint that caused to to boil somewhat.

The next image is at the Rendezvous, post-Lunar mission. There is certainly bubbling seen there. 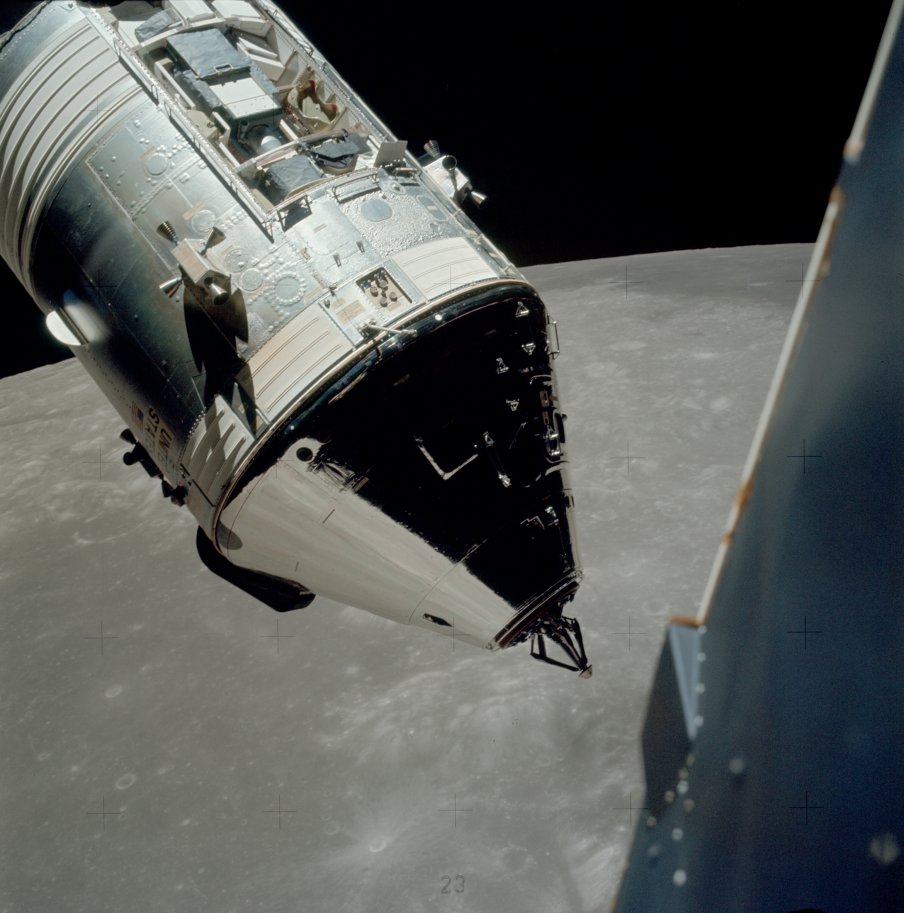 Those are bubbles of air, trapped underneath the reflective mylar sheeting that makes up the outermost layer of heat shield for the forward sufaces of the CM. After splashdown, that's the same material that appears ragged, having been shredded by reentry.

21
How did astronauts traverse from module to module in the Apollo craft?
10
What was mylar used for on the Apollo Command Module space craft? Why is it gold after returning from space?
12
From which Apollo mission is this audio sample?
6
What documentation remains from Apollo?
19
What was the approximate cabin temperature and humidity of the Apollo mission capsules?
1
Should there be black crosses from the Réseau plate in this Apollo mission photograph? If so, where are they?
3
What was the view from the Apollo spacecraft while travelling to the moon?
1
At what time in the Apollo 14 mission did the maneuver shown in this image happen, and what exactly was happening?