Where to read about early work in the detection of dust impacts on solar observing spacecraft?

I've read in a side note included in this nice answer that :

in Wikipedia I see eighteen discoveries by WIND but not that particular one, and while the STEREO spacecraft had a cluster of instruments called "IMPACT" the Wikipedia article doesn't mention the detection of dust impacts.

Question: How where these plasma clouds first noticed, and eventually attributed to dust impacts?

Note: There are several good articles about the detection phenomenon cited in this great answer, but I'm wondering if there was a "hey, what the heck are these strange pulses - oh, that's what they are!" story I can read, or otherwise learn about. It may not be quite as exciting as the discovery of the first pulsar but I'd still like to learn more. I have found this discussion so far, but it's still a bit thin on the "discovery" aspect.

in Wikipedia I see eighteen discoveries by WIND but not that particular one...

Yes, I have not had a chance to update the list of Wind discoveries for quite a while but plan to do so soon.

...while the STEREO spacecraft had a cluster of instruments called "IMPACT" the Wikipedia article doesn't mention the detection of dust impacts...

The IMPACT instrument is part of a suite of instruments on STEREO but has nothing to do with dust particles. The discovery of dust detections by STEREO came from the WAVES instrument, specifically the time domain sampler (TDS) reciever. The TDS on STEREO produces 16,384 three component vector electric field measurements as a time series snapshot centered on the the peak signal amplitude.

How where these plasma clouds first noticed, and eventually attributed to dust impacts?

At first attributed to interference, Michael Kaiser and Keith Goetz (unpublished STEREO Team meetings) began to explore the idea that the STEREO signals were due to dust impacts, similar to those investigated at Saturn [Gurnett et al., 1983; Aubier et al., 1983; Meyer-Vernet et al., 2009a]. This idea was pursued, especially by Meyer-Vernet et al. in several papers [2009a, 2009b]. The STEREO data were then extensively analyzed by Zaslavsky et al. [2012] and by Belheouane et al. [2012]. Debris simultaneous with signals on antennas has been observed with the optical imagers on STEREO [St. Cyr et al., 2009]. Interpretation of these waveforms seems now to be established.

To the best of my knowledge, the first electric field observations were in 1981 but were not properly interpreted until the 1983 papers by Gurnett et al. and Aubier et al.

...but I'm wondering if there was a "hey, what the heck are these strange pulses - oh, that's what they are!" story I can read, or otherwise learn about...

The introduction by Kellogg et al. [2016] and the two Voyager papers by Gurnett et al. [1983] and Aubier et al. [1983] have some interesting comments on the original thoughts regarding these signals.

There were good reasons to think that the electric field signals were artificial. Below I show four characteristic examples of dust impacts (i.e., Types A-D) observed by the Wind spacecraft's WAVES TDS receiver: 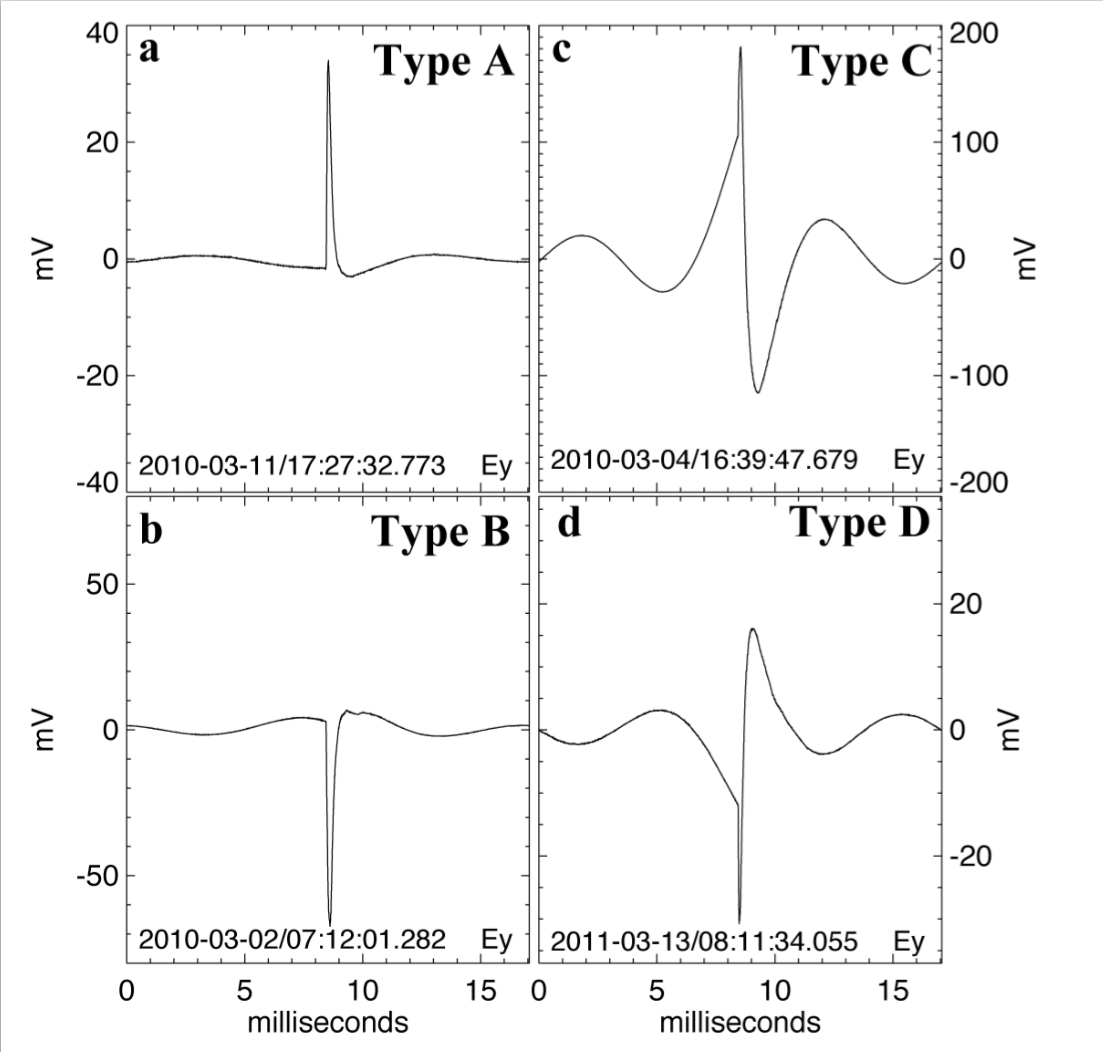 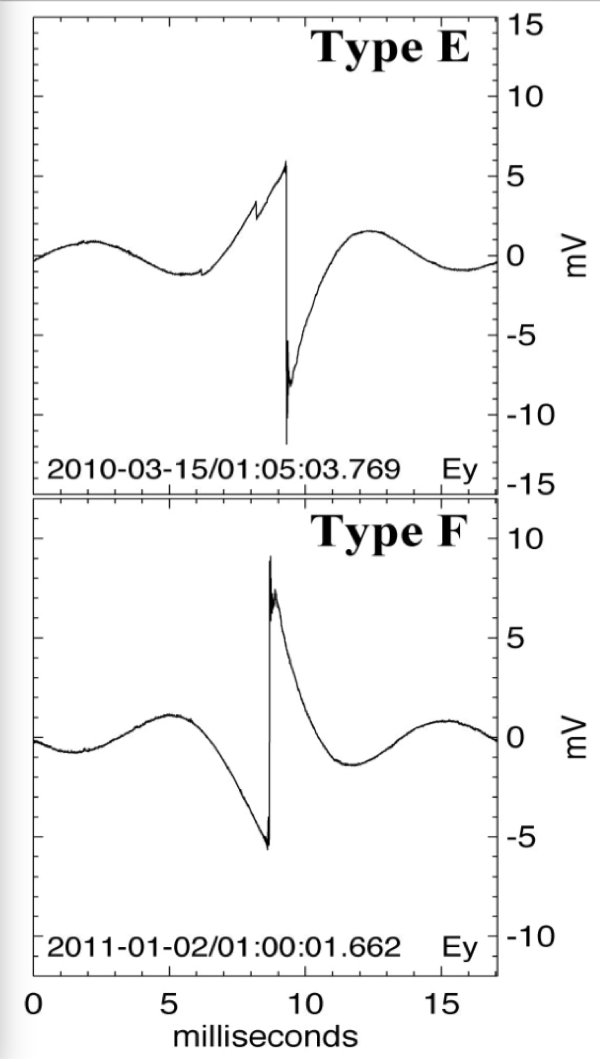 You can see that there are several similarities between the dust impact signals and the artificial instrument responses, which is why some of the original observations (e.g., those made in 1981) were interpreted as instrument interference.

Below I have listed several relevant references but note that this list is certanly not comprehensive and that there are dozens more. A good place to start would be to dig through the reference lists in Kellogg et al. [2016], Malaspina et al. [2014], and the two 2010 papers by I. Mann.

Not the answer you're looking for? Browse other questions tagged impact meteoroid space-dust stereo-mission or ask your own question.

8
How does the Parker Solar Probe's heat shield protect it from dust near the sun?

14
Do solar panels on satellites gather dust and need cleaning?
2
Highest velocity impact between a spacecraft and a solar system body? What about for a dedicated impactor (spacecraft component)?