One can transport and store oxygen more efficiently (volume and weight of tank) if it is liquid under the order of 1 atmosphere. Liquid oxygen (LOX) is kept cryogenic in insulated tanks for short periods of time as a propellant in rockets, and for weeks just about anywhere in well insulated but heavier tanks (see below). I believe oxygen is transported from earth to the ISS as LOX, as suggested in this question.

On the ISS is there a (at least some) supply of oxygen that is stored as LOX? Is the "cold of space" when the sun isn't shining ever used to keep it cold, or just good insulation and a refrigerator? Writing this answer got me thinking about this. LOX boils at about 54K at 1 atmosphere. If heat leaks into the tank through insulation or the liquid access connection or boil-off vent, it is removed by the boil-off process. However if you need to make it last a long time, supplemental cooling might be necessary.

below: "Portable container for transport of liquid oxygen". 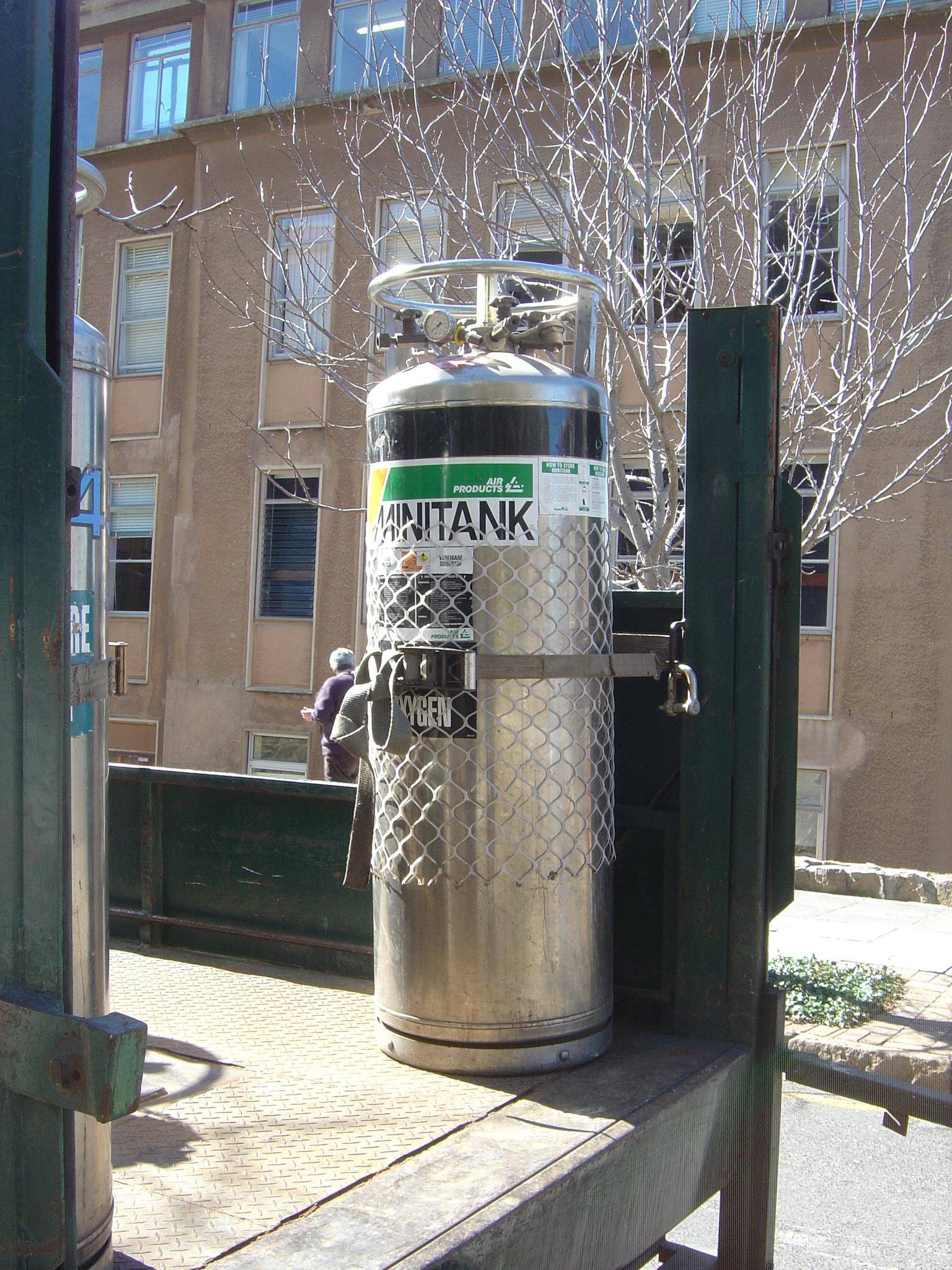 Hard to prove a negative, but no, there is no provision for storing LOX on the ISS. The coldest thing up there is the MELFI, the Minus Eighty Degree Laboratory Freezer (for) ISS.

Oxygen (and nitrogen) is stored as a high pressure gas in the tanks fitted to the outside of the US airlock. (The dog-house shaped objects around the airlock in the picture below). These tanks were brought up full by the shuttle, for example in this writeup from the STS-129 press kit.

...a High Pressure Gas Tank (HPGT) full of oxygen from ELC-2 to a spot on the outside of the Quest airlock, placing it amidst the other dog house-shaped tanks that are used to replenish atmosphere lost when spacewalkers enter and exit the station.

(ELC-2 was an External Logistics Carrier) 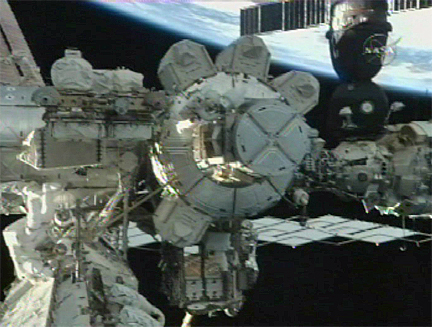 Now that the shuttle logistics path isn't available they have to use NORS instead. The NORS tanks are internal to the station.

Not the answer you're looking for? Browse other questions tagged iss oxygen lox or ask your own question.

46
Why vent $CO_2$ and $H_2$ waste products to space on ISS?
4
Isn't electrolysis of water less efficient for a space craft than pressurized oxygen tanks?
8
Sources for make-up breathable oxygen on Mars; of H20, CO2 and ClO4-, which is likely to be used first?
8
What are these very large, square panels on Inmarsat 5?
11
Liquids Plumbing on board
0
Water Compressed on Space Station
5
Problems compressing the helium tanks inside the F9 2nd stage LOX tank at the last minute?
3
What parts of the ISS would impact the Earth with a substantial amount of kinetic energy?
1
Can LOX containing hydrogen peroxide be used as an oxidizer for a liquid fueled rocket?
2
Can the ISS's NORS tanks be used to recharge spacesuit or spacecraft oxygen supplies?
See more linked questions

9
A cryo tank within another cryo tank…is it a sound engineering concept?
4
Are cryo tanks heavier than normal tanks (on a per surface area basis)?
5
Problems compressing the helium tanks inside the F9 2nd stage LOX tank at the last minute?
6
Is this explanation for the SpaceX 1-Sept-2016 anomaly plausible?
6
Why would sub-cooled LOX tanks need to “topped-off” until the last minute or so?
5
How do they know how much liquid propellant is in a rocket just before launch?
6
How will Robotic Refueling Mission-3's liquid methane tank remain full for six months without any boil off?