How much does back-scattered ionizing radiation contribute to radiation totals on the Moon?

How much is the radiation dose from cosmic rays lowered if a view only sees the ground, and not the sky? Leave aside shielding, and just taking as a starting point that the sky is completely blocked, but none of the surrounding landscape is, and that landscape is perfectly flat.

This model seems to have been calculated based on standing unprotected on a flat landscape. In this situation,cosmic ray particles hit the regolith around you, and at some depth strike the nucleus of an atom. That nucleus shatters and its bits fly in all directions. Those particles likely also have enough energy to smash another nucleus should they encounter one. Some portion of the resulting particles head in your direction and pass through you. Some of the particles strike another nucleus inside you with sufficient force to smash it. The charged particles passing through you (including from any atomic nuclei smashed inside your body) break chemical bonds of nearby molecules as they pass. 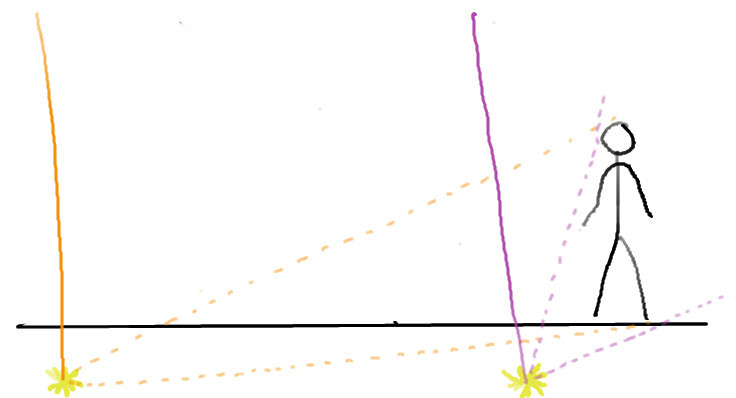 I don't know what the mean free path through regolith is taken as being, but my idea was that since the collisions happen under the surface, the average amount of regolith the particle cascade needs to pass through to reach you increases quickly with distance from you, and so drops off quickly. (In fact the quick sketch seems to indicate you could reduce your dose considerably by crawling along the ground.) On the other hand, the collision and particle cascade process means that many times as many particles are created in the ground as come from the sky. So I have no idea how it sums up, or even with how much confidence we can even say how it compares without directly measuring over time.

Browse other questions tagged radiation health or ask your own question.