Would an orbital Deep Space Network be more efficient?

Deep Space Network sites in California, Madrid and Canberra perform an excellent job, for example receiving from Voyager 2 (16+ billion km) at -150 dBm power. However, would it be more advantageous to operate sites in earth orbit ?

Let's think about what it would take to do what you're suggesting.

The DSN uses some pretty large antennas, so you're talking about putting a 70 meter dish like this (and a power supply to run it) in space: 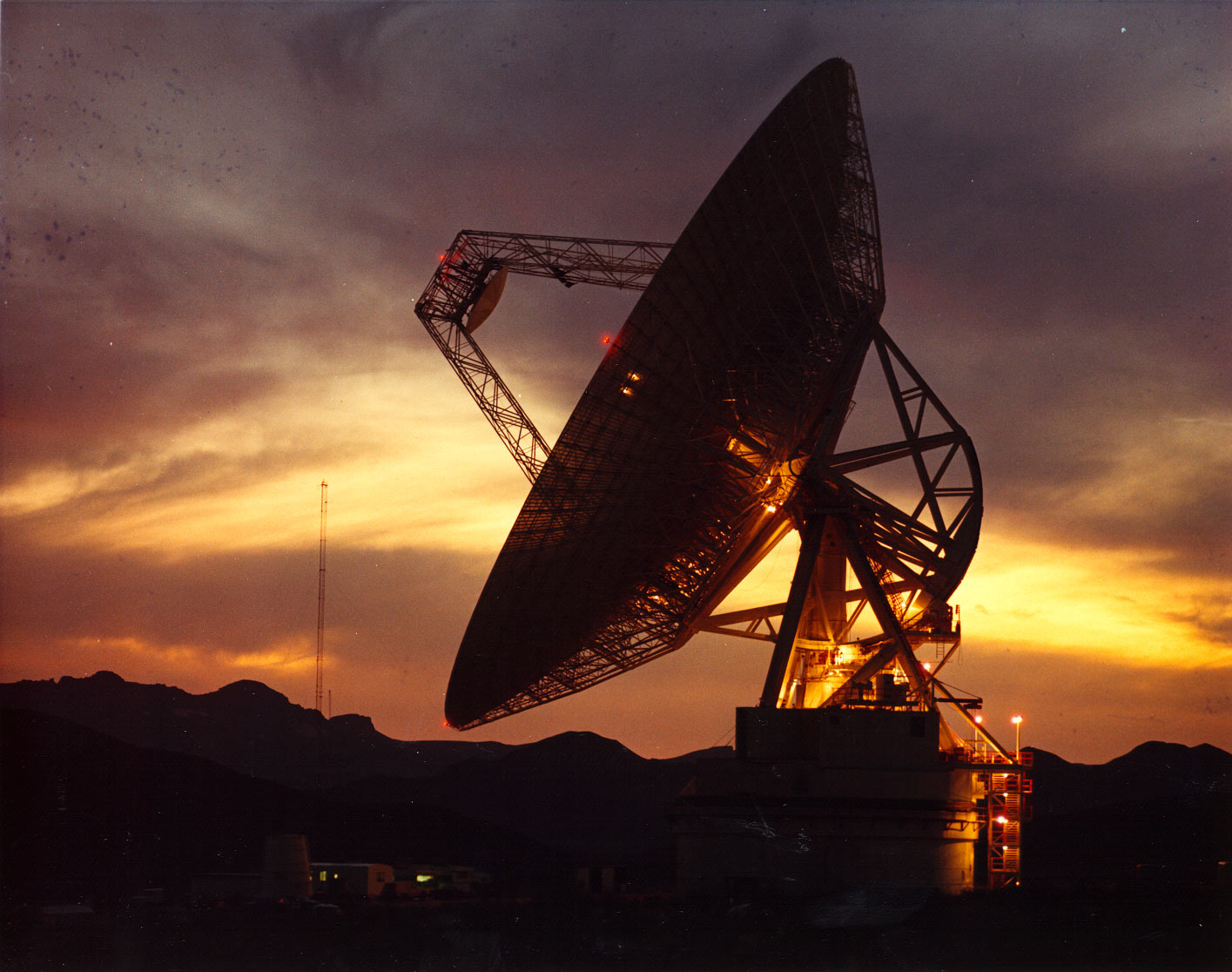 You could put it in LEO (because that's much closer and cheaper), but then you have to deal with the Earth occluding it frequently. You could put it at the Earth-Moon L2 point (much more expensive), where the moon blocks signals coming from the Earth, as mentioned later, but then you have have to relay all communication to it because the moon is in the way, adding a lot of complexity to the system, especially since you'll want more than one antenna for the purpose of supporting multiple missions.

Once you've got it there, you also have to deal with a more noisy environment (radio spectrum-wise) than on the ground. From wikipedia:

Each facility is situated in semi-mountainous, bowl-shaped terrain to help shield against radio frequency interference.

Where in space you're getting bombarded by a broad spectrum of energy from the sun, as well as having line of sight to an awful lot of the surface of the Earth, some of which will have transmitters pointed up, particularly your own communication system, because what good is a communication system in space that can't talk to the ground.

Long story short, no: you'd spend a lot of money building and launching huge radio antennas into orbit, and once there (where they're much harder to maintain and particularly vulnerable to collisions with space debris due to their size) the environment isn't actually more conducive to communicating with distant satellites anyway.

I would say that no, an orbital DSN would not be more advantageous. The main problem with receiving transmissions is due to the distance they are being sent from. The DSN antennas have to be very sensitive because the transmission power falls off with the square of the distance. Putting the antennas in space would not make them more sensitive.

Secondly, the whole reason we have the DSN is to maintain communication with space probes no matter which direction the Earth turns. If we used satellites to receive these messages, they would then have to be transferred back down to the Earth. So we would just have another link in the system. It's easier just to have them transferred down to Earth directly.

Not the answer you're looking for? Browse other questions tagged atmosphere radio-communication deep-space-network or ask your own question.

2
How could a private organization ensure access to communications with a deep space probe or rover?

8
How many space-craft can a station on the DSN communicate with concurrently?
17
How much RF transmit power does DSN need to send commands to Voyager?
17
Has DSS-43 ever been used in high power mode (>>20 kW) for an emergency situation?
8
Has JPL been affected by the November 2018 California wildfires?
2
Power and frequency units used in Deep Space Network XML data?
4
Understanding the information contained in the Deep Space Network XML data?
2
How many hours each day is Mars reachable by 2 of the 3 DSN complexes?
2
Does a deep space network benefit by having a diversity of latitudes?
22
Why was Canberra able to listen to Voyager 2 but not talk to it?