In an answer to a previous question, I learned about the game-changing nature of Towed Glider Air-Launch System technology.

While the glider in the Towed Glider Air-Launch System (here, here, and here) started off as a true glider, in this YouTube video it now has what looks to me like rocket propulsion. The animation calls it a "sustainer motor", which I assume means that it can sustain all of the the altitude and airspeed gained during the tow while also reorienting the rocket to near-vertical before ignition.

Is this just an alternative, or is this actually what Towed Glider Air-Launch System has actually needed all along to be as competitive as advertised? It suddenly seems like a much more complex, expensive, and risky technology, but that's just my impression. 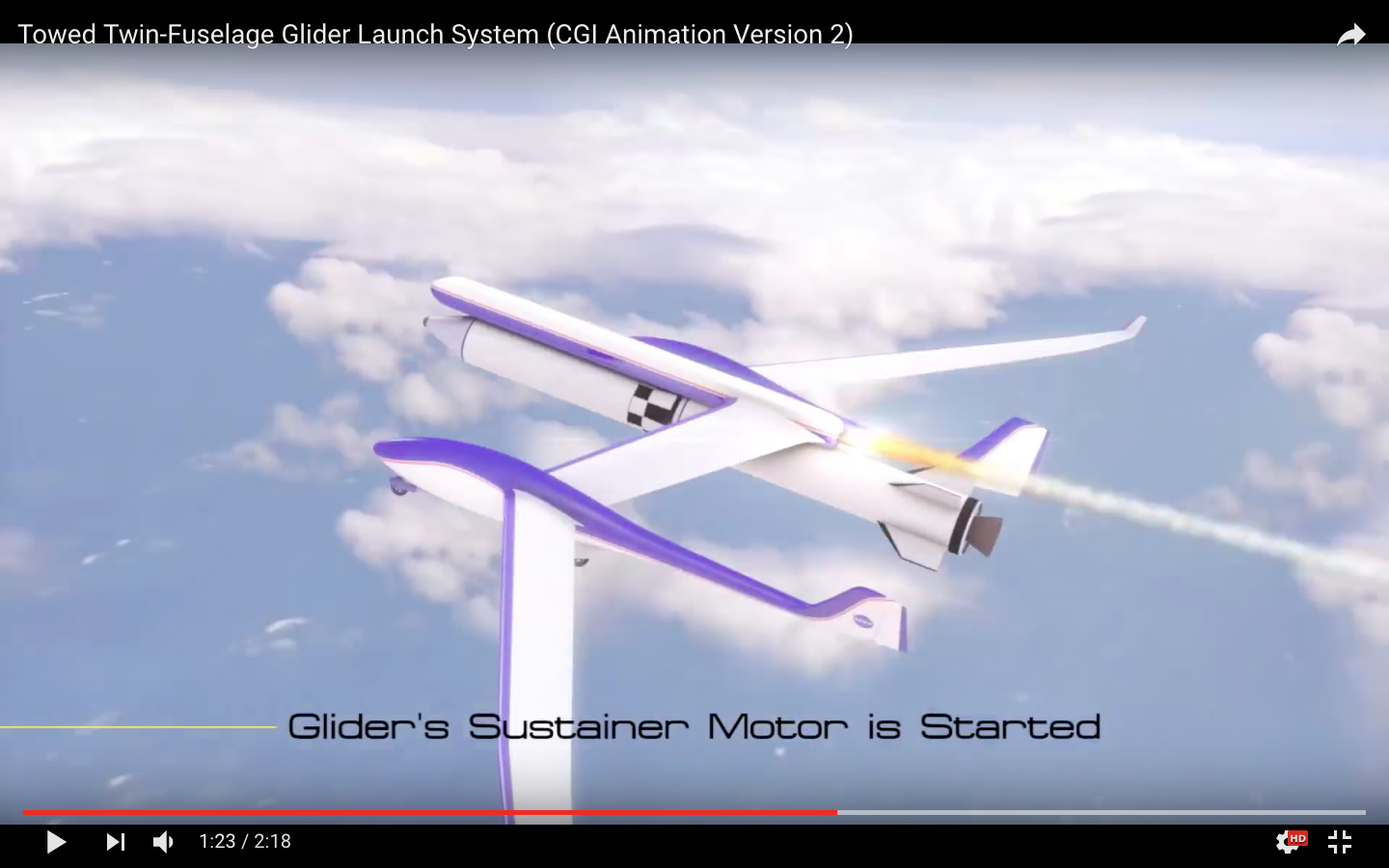 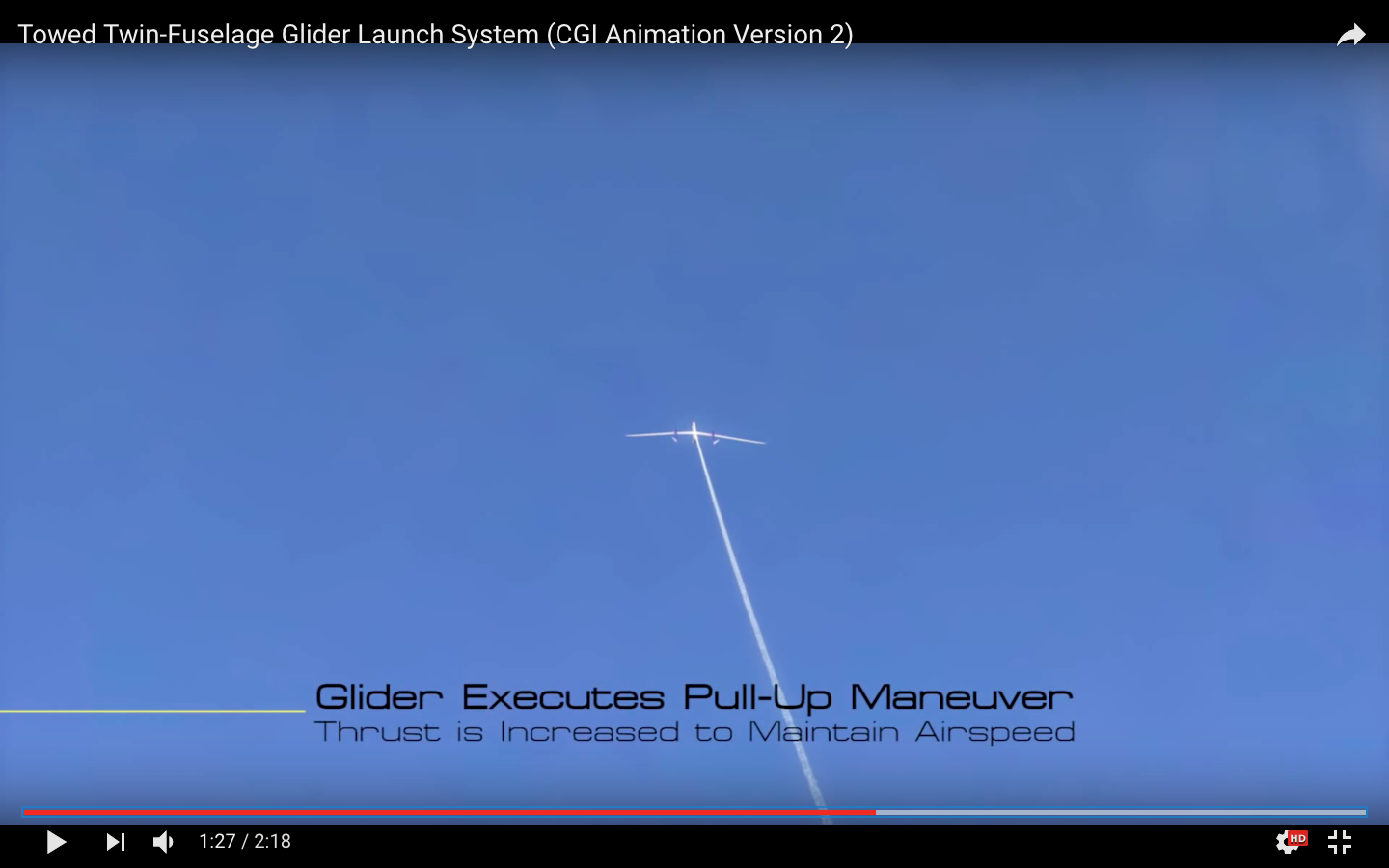 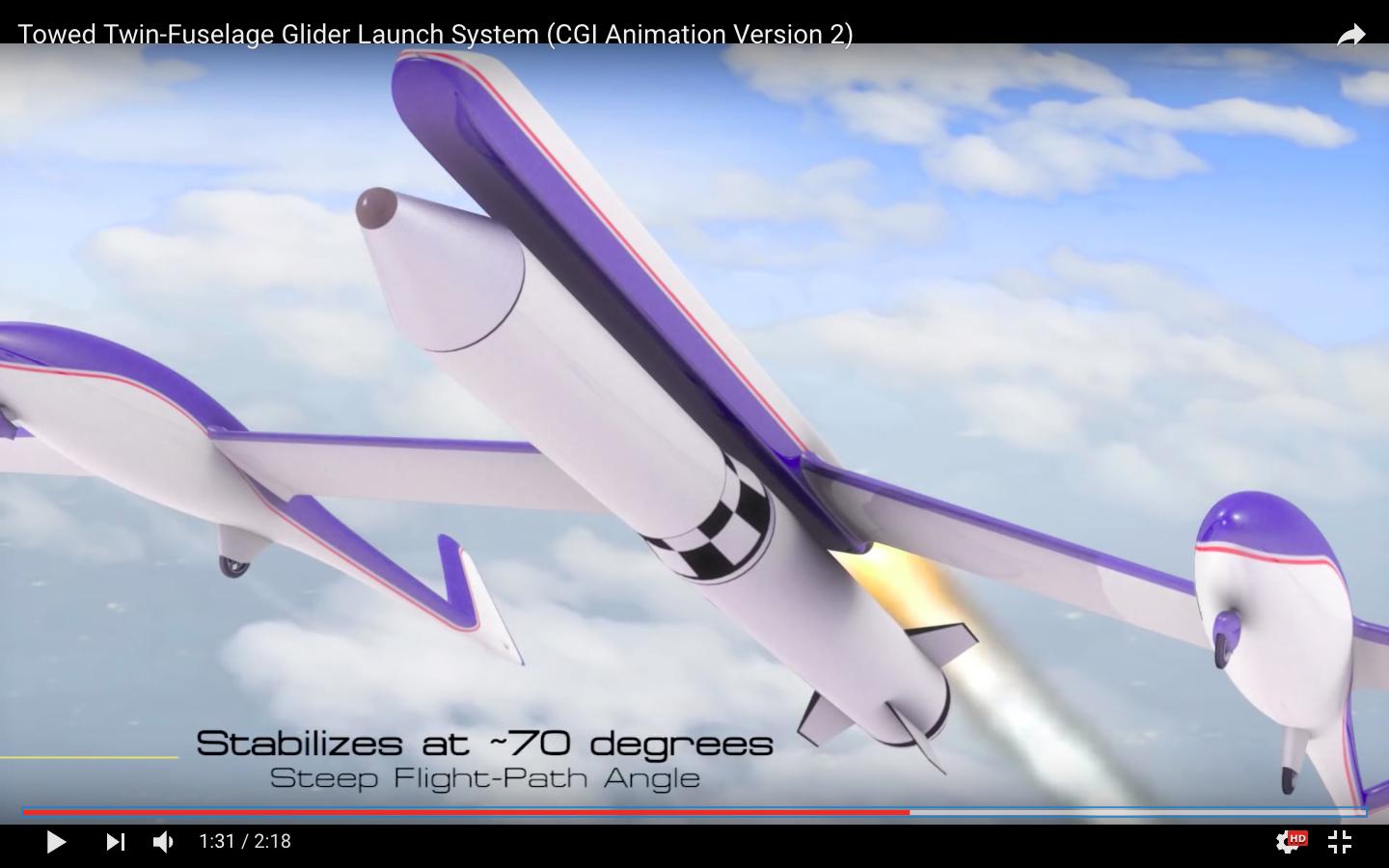 Is this just an alternative, or is this actually what Towed Glider Air-Launch System has actually needed all along to be as competitive as advertised?

According to this update:

The project’s next step will be to demonstrate the horizontal launch of a small launch vehicle from the onethird-scale glider. That will be followed by the build up and demonstration of a one-third-scale “sustainer motor” top-mounted to the glider. This variable thrust motor will provide the energy to change the glider and launch vehicle orientation from horizontal to a highly inclined flight path angle to maximize launch efficiency.

So it seems that the "sustainer motor" is needed to change the orientation from horizontal to vertical. Vertical air launch of the rocket is only one of the key benefits of this technique, but it's an important one.

At a high altitude (necessary to make this an advantages technique) the pitch up maneuver requires a significant amount of time - most of the horizontal momentum must be changed to vertical momentum. As an un-propelled glider, all of that momentum must be transferred to the rarified atmosphere, and that takes time. The rate of descent will accelerate as soon as the pitch results in loss of lift, and more altitude will be lost.

Without a simulation, I can only speculate what might happen, but without significant lift, but plenty of kinetic energy, the whole thing may become unstable and begin to tumble. In short, at high attack angles, a glider with no propulsion will just stall and then loose it's ability to control its orientation. In order to maintain orientation in near-vertical flight, thrust is required.

It is likely that rocket propulsion of the glider was always needed, but not included until recently in discussion.

Assuming ballpark figures of a 10,000 lbm "glider" carrying a 20,000 lbm launch vehicle* from here, the "sustainer" motor would need more than 30,000 lbf of thrust to maintain a vertical velocity, ignoring drag. That is something like a pair of SuperDraco engines, but with really really deep throttling since the thrust must be much lower while the flight is horizontal and the drag is only about 1/15 of the weight.

*although a glider that can cary an 80,000 lbm launch vehicle is mentioned here.

Not the answer you're looking for? Browse other questions tagged artificial-satellite launch-vehicle or ask your own question.

4
What is the game that the Towed Glider Air-Launch System (actually) changes?
4
Air-launching an Electron-like LOX-based rocket from a plane; technical challenges?

6
Will the Rocket Lab's Electron rocket really be an effective launch system?
12
What is/was the smallest orbital launch system, by total mass?
4
What is the game that the Towed Glider Air-Launch System (actually) changes?
7
What are the falling parts in this ISRO rocket launch?
2
Center of gravity calculation for any rocket or launch vehicle
1
Can the deactivated satellites also be tracked through TLE?
4
Should all the Air-Launch systems be deployed at sub-sonic speeds?
2
Can a rocket be intercepted in mid air?
1
New Terran 1 rocket - launch costs for Cubesat
14
What exactly is the purpose of connection links strapped between the rocket and the launch pad