I guess some must go to museums, but quite a lot of them have returned now. Is there any indication of where and how they are stored?

There were more than 500 Zenit (including Vostoks and Voskhods) landing capsules; an order of 160 (as of today) manned and unmanned Soyuz variants. Plus prototypes used for modelling and testing on the ground. That's a pretty large number of used capsules.

There are 65 pieces of equipment certified for reuse in Soyuz TMA landing module. Such as cosmonaut seats or flight recorders. There are radioactive pieces (gamma ray altimeter) and other dangerous or valuable pieces that are removed.

After that the shell is utilized one way or another.

Many go to museums.

In general, this image search should give you an idea.

For example some are displayed in RSC Energia in-house museum. 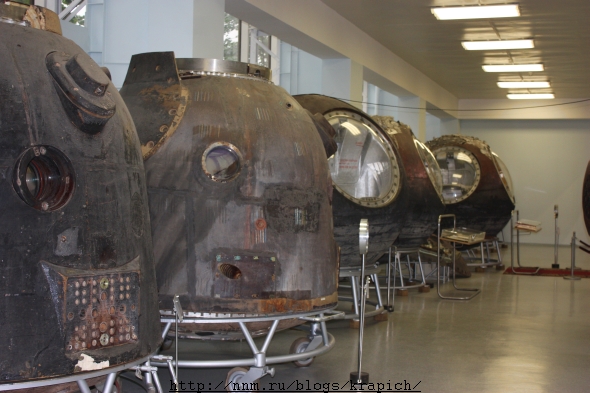 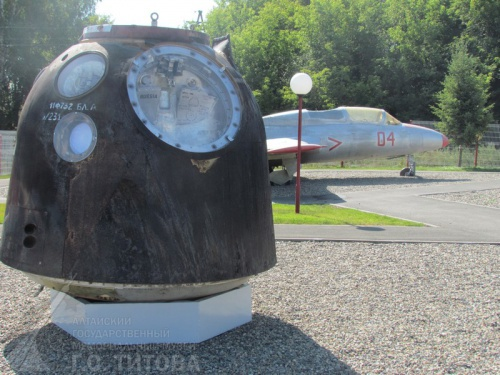 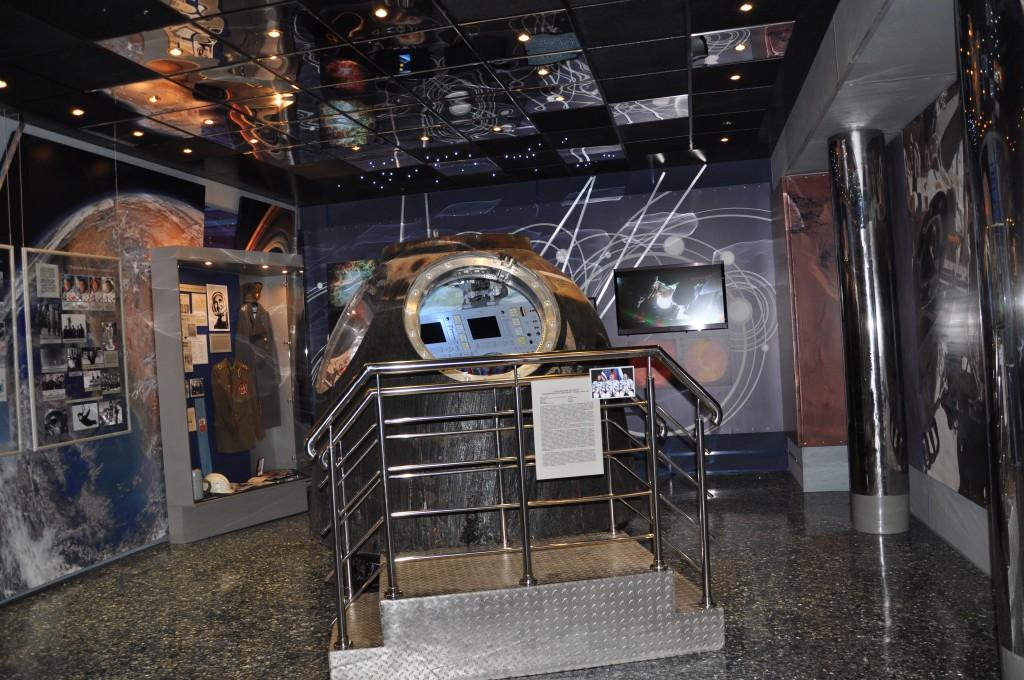 A piece of Tsiolkovsky museum exhibition:

There is some amount stored on the temporary storage pad awaiting utilization. 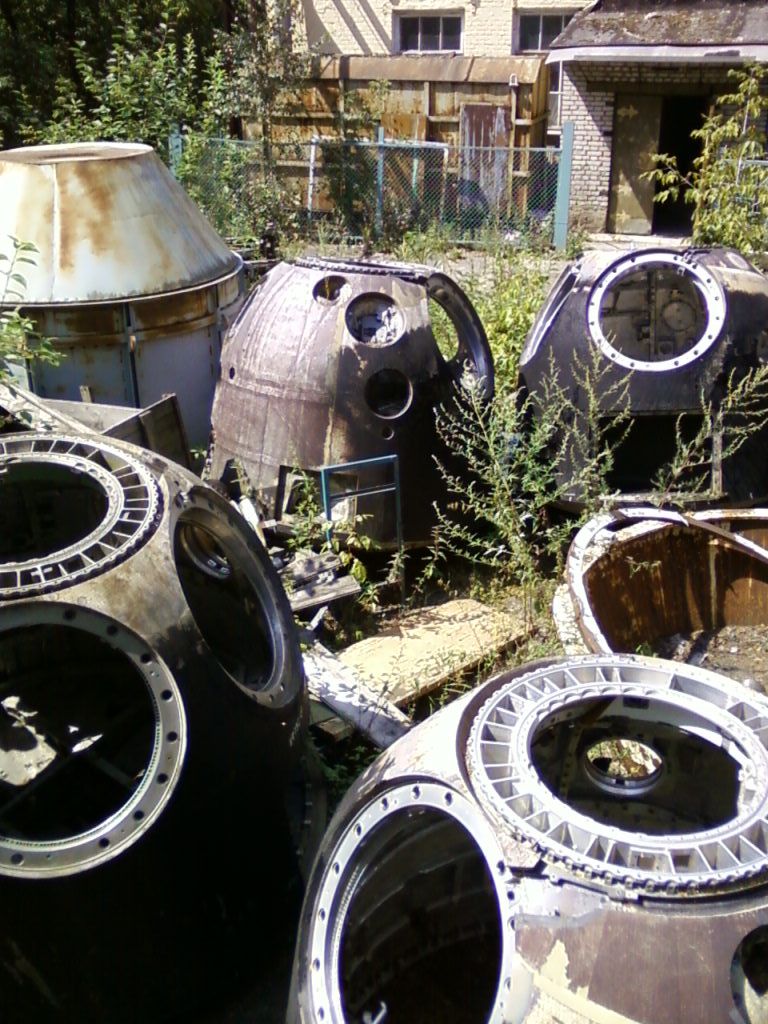 Another location we have photos of is probably the white brick building behind the temporary storage pad, but the author of the photos doesn't disclose the location. Not all of those have been into space. The the black-and-white, for example, seems to be a piece of testing equipment.

Many are put on display, some just end in a junkyard

Edited quote from the Soyuz spacecraft: post-landing and recovery post on Collectspace.com:

Some of the spacecraft flown during Intercosmos missions are now on exhibit in the countries from where their international crew members hailed.

- Soyuz 29, onboard which Sigmund Jähn flew, is at the Deutsches Museum für Meisterwerke der Naturwissenschaft and Technik (Deutsches Museum, for short) at Munich. - Miroslaw Hermaszewski's Soyuz 30 is in Warsaw, Poland.
- Soyuz T-6, which launched Jean-Loup Chrétien, is on display at the Musee de l'Air near Paris (where the Paris Air Show is staged).
- Soyuz TM-10 is at the National Air and Space Museum in Washington, DC. It was sold at Sotheby's in 1993 for $1.65 million to the Ross Perot Foundation, which in turn loaned it to the museum.
- In 2000, Spacehab offered the Soyuz TM-26 descent module for direct sale, and then auctioned it through Superior Galleries. To my knowledge, it failed to meet its reserve.

Unlike in the U.S., where the flown spacecraft are property of the government, the Soyuz belong to its manufacturer, RSC Energia. As such, the company's museum outside Moscow is probably the best place to see multiple Soyuz on display.
The majority of the flown capsules are said to be kept in a Soyuz "junkyard" owned by Energia.

Another post at CollectSpace: Russian Soyuz spacecraft on public display also contains some snippets of information.

I was unable to find information about that 'Energia junkyard', but look at this abandoned Buran in ist construction hangar (photos by Ralph Mirebs) 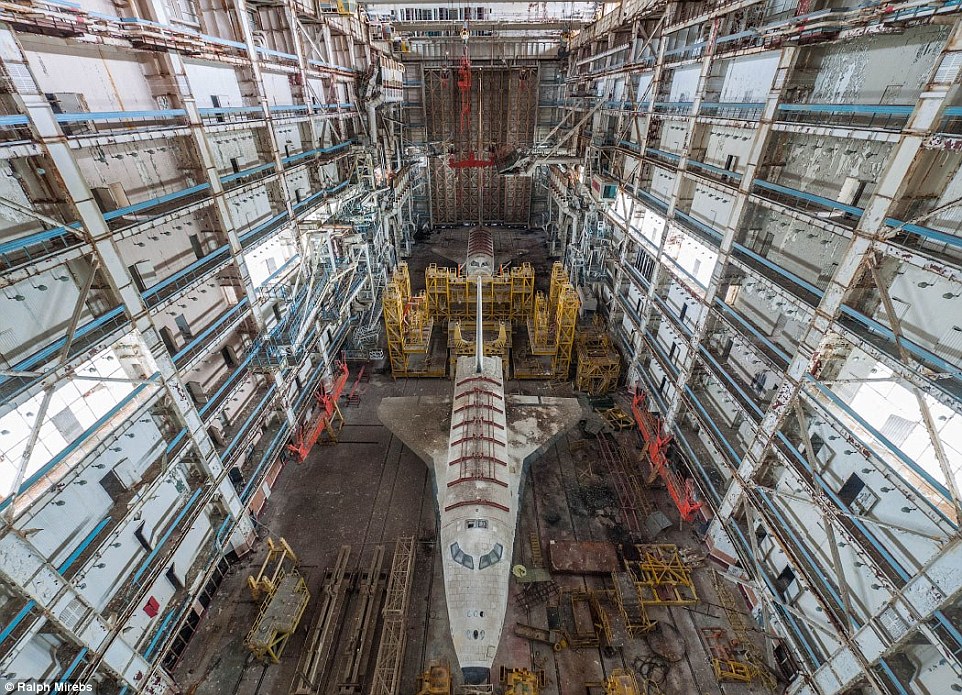 Not the answer you're looking for? Browse other questions tagged soyuz-spacecraft museum-exhibits or ask your own question.

3
Where are all the space capsules?
9
Soyuz for Sale?
5
How many capsules have visited the ISS more than once?
3
What is the cost of production or sale of a Soyuz spacecraft?

14
How is the periscope port on Soyuz spacecraft secured for the atmospheric reentry?
12
How does the landing accuracy of Dragon (under parachutes) compare to Soyuz?
21
Did the soft-landing rockets malfunction in the Soyuz (expedition 50 crew) landing?
13
How do items from the Russian and Soviet space programs end up in private collections?
4
What do the insulation and meteorite protection layers being opened on the Soyuz MS-09 spacecraft look like?
4
Tracking the Soyuz MS-15 approaching the ISS with binoculars
2
Why are these Soyuz Astronauts/Cosmonauts wearing sun glasses and a blanket after landing?