Is it possible to create artificial gravity in a habitat in space, or on another planet or moon without spinning the hull of the habitat

I've seen many designs for creating artificial gravity within a habitat in space by rotating the habitat about a central axis. With today's science, can artificial gravity be generated in a vehicle, or habitat, that would mimic the gravity of earth (1-g)?

Short answer: No, we cannot create a stationary habitat that has a gravity-like force that does not depend on motion.

When we "feel" the force of gravity, what we actually feel is the ground pushing up on us. This is called the "Normal Force", and is a result of Newton's Third Law. The normal force you feel is the result of the Earth beneath you pushing you up and supporting your weight. However, if you were to go skydiving, when you jump out of a plane, there is nothing to support you, so you do not feel any force. You are in free fall. This is what the astronauts feel as they orbit the Earth. 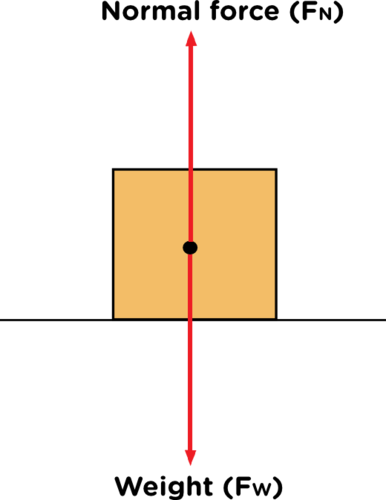 When you're in a spinning space station, your inertia causes your body to want to move in a straight line. This is Newton's First Law. However, as your body tries to move in a straight line, it meets the wall of the space station, which is curving beneath you. The space station's wall resists you, and creates a normal force, which you feel like gravity. Imagine you are in a car that suddenly turns to the right. When it turns, you feel a "force" which pulls you to the left. This is your inertia, resisting the acceleration of the car. You press against the wall of the car, which presses back on you.

One way to recreate this without having a rotating system is by using a constantly, linearly accelerating vehicle, like a rocket. By firing its thrusters, the rocket would essentially push all of the occupants forward, creating a normal force, which you could interpret as a gravitational force. It's just like when you're in a car at a stoplight; when the car accelerates, you feel a "force" pushing you back in your seat.

However, having a rocket that is constantly accelerating would (a) require lots of fuel and (b) soon leave the solar system. Neither is good for a long-term space station. A rotating space station, however, is pretty easy, because once we spin the station up, there is nothing to slow it back down. Having a rotating system on another planet or moon, however, is a lot more difficult, for a host of reasons. The primary reason, however, is that the speed at which the station (or parts of it) would have to be rotating to create a 1g force is extremely high. (A similar question was asked here.)

Because gravity is, in a sense, the result of an object's inertia, there is no way we can create a gravity-like force without having the object undergo some form of acceleration, whether that be rotational or linear. SciFi movies, like Star Wars and Star Trek, where they have "artificial gravity generators" are entirely fictional, and we have no way of creating one with our understanding of physics.

A different explanation can be found here.

The answer is yes. Create a vehicle inside a hollow, stationary, radiation shield - about one-mile in diameter. Have the vehicle run on a magnetically-levitated track around the inside perimeter of the hollow tube. At the proper velocity artificial gravity, (even 1-g) can be produced inside the moving vehicle. Another similar vehicle could run on a separate track to match velocities and on-load, or off-load people or materials to the first vehicle. The vehicles could be pressurized to create conditions similar to an environment at sea-level on earth. This could be done on a moon, another planet, or in space.

32
What would the size and rotation of a station need to be to produce 1g gravity from head to toe?
-1
Artificial Gravity

25
How can you make a vacuum proof rotatable seal?
15
What stability issues plague long artificial gravity cylinders?
3
Where is the gravity generated on a spaceship in super fast space travel?
7
What would a physically correct term be for “artificial gravity by rotation”?
10
Radial variation of atmospheric pressure in rotating O'Neill cylinder-like ship? (Rendezvous with Rama)
6
Creating your own artificial gravity by running. (Part 1 - the basic idea)
2
Do spinning space stations slow down without energy input?
3
Are rotating habitats considered the standard solution for long-term human habitations in low-g environments?