How would a centrifuge module's berthing system work on the ISS?

Although it's not very likely to be built, the idea of a centrifuge module attached to the International Space Station is taken seriously, and at least two have been proposed. I have in mind the Nautilus-X. 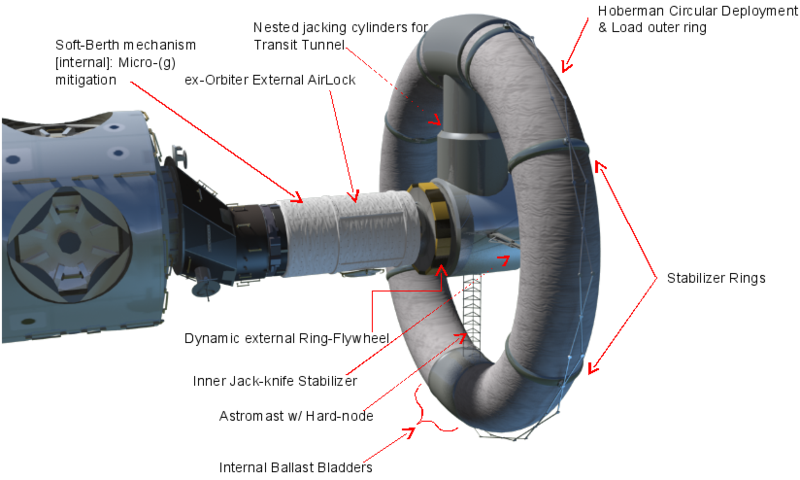 What is this soft-berth, and mechanically how would this work?

This is IMO a great question. I was a bit surprised to see "soft-berthing" used to describe a berthing system that can't possibly have anything in common with using rubber buckling or foam filled fenders when mooring ships, or even airbags on landers for cushioned, soft-berthing and/or landing. Well, I guess any new designs have a bit of a leeway with naming conventions.

I wasn't able to find any reference to official documentation describing how this "soft-berthing" is supposed to be achieved between the International Space Station and the Nautilus-X centrifuge module, perhaps this naming has something to do with it, so I'll give you my best guess:

The nested magic cylinders are rotatable and coaxially arranged so that the bore of the inner cylinder provides a central working space. The predetermined magnetic orientation of each cylinder's sections is arranged to create a relatively strong and uniform magnetic field within the central working space or bore in which copper wires are imbedded [sic] to form a core.

Alternatively, a rotating device can mechanically rotate the rotor or core, inducing a current in the copper wires in the rotor or core thereby forming an electric generator. The sections of the nested permanent magnet cylinders are arranged such that each of the sections have a magnetic orientation forming a pair of coaxial “magic” cylinders or rings that counter rotate with respect to each other.

This results in a relatively large magnetic field within the inner cylinder's central working space with minimal magnetic flux leakage exterior to the central working space. In a preferred embodiment the pair of magnetic cylinders counter rotate and the core remains stationary, which simplifies the required electrical connections with the core. 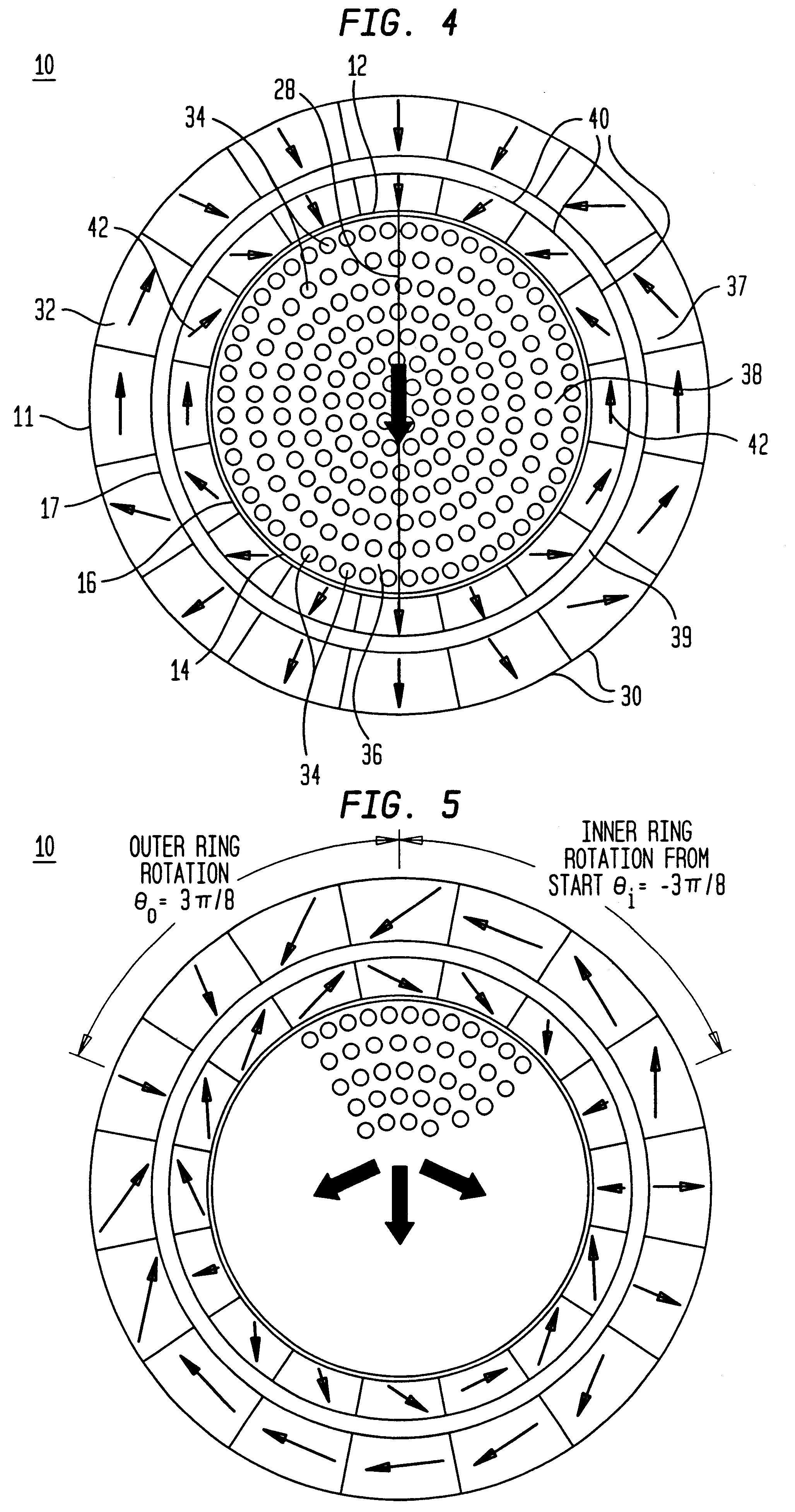 Sadly, none of it discusses possible solutions in detail, but these few hints do suggest the use of counter rotating nested cylinders, like mentioned before.

The simplest method of transfer to the rotation wheel is similar to what is shown in the movie 2001: A Space Odyssey. The rotating ring is within a non-rotating outer hull. One side of the hub is an open ring through a bushing and into a tube; the other side is a central axle. Near by, behind the axle side, is the counterrotating flywheel.

The tube entry actually is long enough to float into; a meter, maybe 2, and on the ring-side wall, a series of ladders run down to the "gravity deck." The ladder positions are marked on the insides of the transition tube, and have recessed handholds along the ladder lines.

From the airlock section, one floats into the transition module, stops using a handhold affixed to the non-rotation portion but extending into the transfer tube section. While stopped, one waits until just before a ladder mark is "down", extends hands to grab a handhold, and then crawls, feet first, face to the side of the tube, into the rotation wheel. Swinging the feet down, one transitions to the ladder, maintaining downward pressure with the hands at first, but as one descends, acquiring more and more gravity, until one is on the deck.

Since the entire system is in a single pressure container, with no external moving parts, it's simple for the astronauts, and reasonably safe. It does, however, require on-orbit assembly.

A ring that rotates with it's own vacuum capable rotation ring is mechanically more complex, but less massive, and easier to pack.

Note that items dropped from the hub will appear to acquire antispin velocity to a person on the deck, so baffles might be needed; anything dropped will hit the antispin baffle, and accelerate down it until it hits. The use of the ladder is as much to accelerate one as to allow egress.

Note that some form of dynamic load balancing is advisable, as well, since an astronaut climbing or descending the ladder changes the balance. Water is a likely candidate.

Not the answer you're looking for? Browse other questions tagged iss artificial-gravity berthing or ask your own question.

25
How can you make a vacuum proof rotatable seal?
3
Do we have the technology to make large rotating airlocks?

32
Will the ISS need more docking ports?
9
How much crew time is required for visiting craft, at the ISS?
3
What are the masses of the docking / berthing mechanisms used by the ISS?
22
Would a ball bounced in a centrifuge return to the floor?
43
What's the baseball bat for? (seen in CRS-8 berthing NASA TV broadcast)
7
How might artificial gravity experiments be conducted to determine adaptation in mice?
3
Are rotating habitats considered the standard solution for long-term human habitations in low-g environments?
35
What led NASA et al. to decide the ISS should be a zero-g station when the massive negative health and quality of life impacts of zero-g were known?