Why do pump and pressure fed liquid engines need to operate at high pressures?

There is apparently some confusion as to why pump or pressure fed liquid rocket engines need to operate at high pressure to product significant thrust, based on the comments to this question about pressure-fed engine combustion instabilities.

I thought that the reaction increases pressure within the cone, but that doesn't propagate back up because the flow is choked. But there could be a lot I'm not understanding. I also thought that the Saturn V used a similar 60 psi Helium pusher balloon. — AlanSE

If there is pressure already, why need for so much heat? I could understand counteracting the temperature drop as pressurized material expands, to prevent the whole thing freezing over, but normally temperature alone doesn't convert to velocity (or the Sun would be flying really fast), it can merely increase energy of a gas, either expanding it or increasing its pressure (and gas expanding out of an open chamber will provide thrust against the direction of the nozzle.) Still, you don't need heat for that, pressurized cold gas still suffices. — SF

The answer is not obvious or trivial without a background in rocket propulsion, so I thought it made more sense to make this topic a separate question and get the community to weight in with how best to describe this. I'll plan to leave my own answer below, but have confidence others can do better.

The most basic answer is that pressure gives you velocity, and velocity gives you energy.

A rocket engine becomes more efficient the faster the particles making up the thrust gases are leaving the rocket through the nozzle. Simple projectile physics:

The energy of a mass, such as a stream of rocket exhaust (and, by Newton's third law, the rocket and whatever's strapped to it), is one half the product of the mass of that exhaust times the square of its velocity. If you need double the energy per second in a rocket (to accelerate faster), you can either double the rate of mass you're ejecting from the nozzle by doubling your fuel consumption, or you can increase the velocity of the same mass being ejected by $\sqrt{2} \approx 1.414$. By increasing the pressure inside the ignition chamber, you will increase the velocity of gases escaping it through the nozzle.

where, for the subscripts $a$ and $b$ corresponding to the environment inside and outside the ignition chamber respectively, $P$ is the pressure in Pascals (N/m2), $\gamma$ is the specific gravity (relative density to that of water) of the fluid, $g$ is the acceleration of gravity (we can effectively ignore it), $v$ is the velocity in meters per second, and $z$ is the relative elevation of the two fluids. In our circumstance, internal pressure and external velocity dominate the equation, to the point where we don't care much about internal velocity (effectively zero), external pressure (effectively zero), gravity or relative elevation, and so the equation simplifies to:

This equation rearranges very similarly to the energy equation - $P_a = \dfrac{1}{2}\gamma v_b^2$ - and for similar reasons (A pressure differential is a form of potential energy). We see from this equation that the higher the pressure, or the less dense the gas, the higher the velocity. Because lowering the density would lower mass, thus lowering energy of the moving gas, increasing pressure is the way to go.

And how do you increase pressure? well, according to the ideal gas law:

where $P$ is pressure in Pascals, $n$ is number of moles of gas, $R$ is the gas constant for the units of measure we're using (for SI units it's 8.3144621 J/(mol*K)), $T$ is temperature in degrees Kelvin and $V$ is volume in cubic meters. Assuming a constant volume (the "combusion chamber" of an SRB is in fact always increasing as fuel burns away to create a larger cavity inside the casing, but most liquid rockets have a fixed-volume combustion chamber), increasing either the amount of gas or its temperature are your options. Again, this mainly comes down to either reacting more fuel to produce more gas, or increasing the temperature at which the fuel burns (and better insulating the chamber to prevent heat loss).

Given a specific design and a specific fuel, the thrust energy of the rocket is dictated by your fuel flow rate. By the same token, given a specific fuel and a desired thrust energy, the required fuel flow rate is dictated by your design, so you'll design for the highest velocity exhaust, and that means the highest pressure you can get with the strength of the materials you're using (which you choose for the best tradeoff of high strength to low weight).

The simple answer is probably:

#1 does not apply for engines operating in space, such as second or upper stage engines, which can have a very low chamber pressure without (in theory) sacrificing thermal efficiency. But #2 would apply.

For proof of this, you can look at this rocket, which uses a 17-20 bar first stage engine giving a nozzle diameter larger than the rocket, and a 6-7bar second stage engine, needing an enormous expandable nozzle. 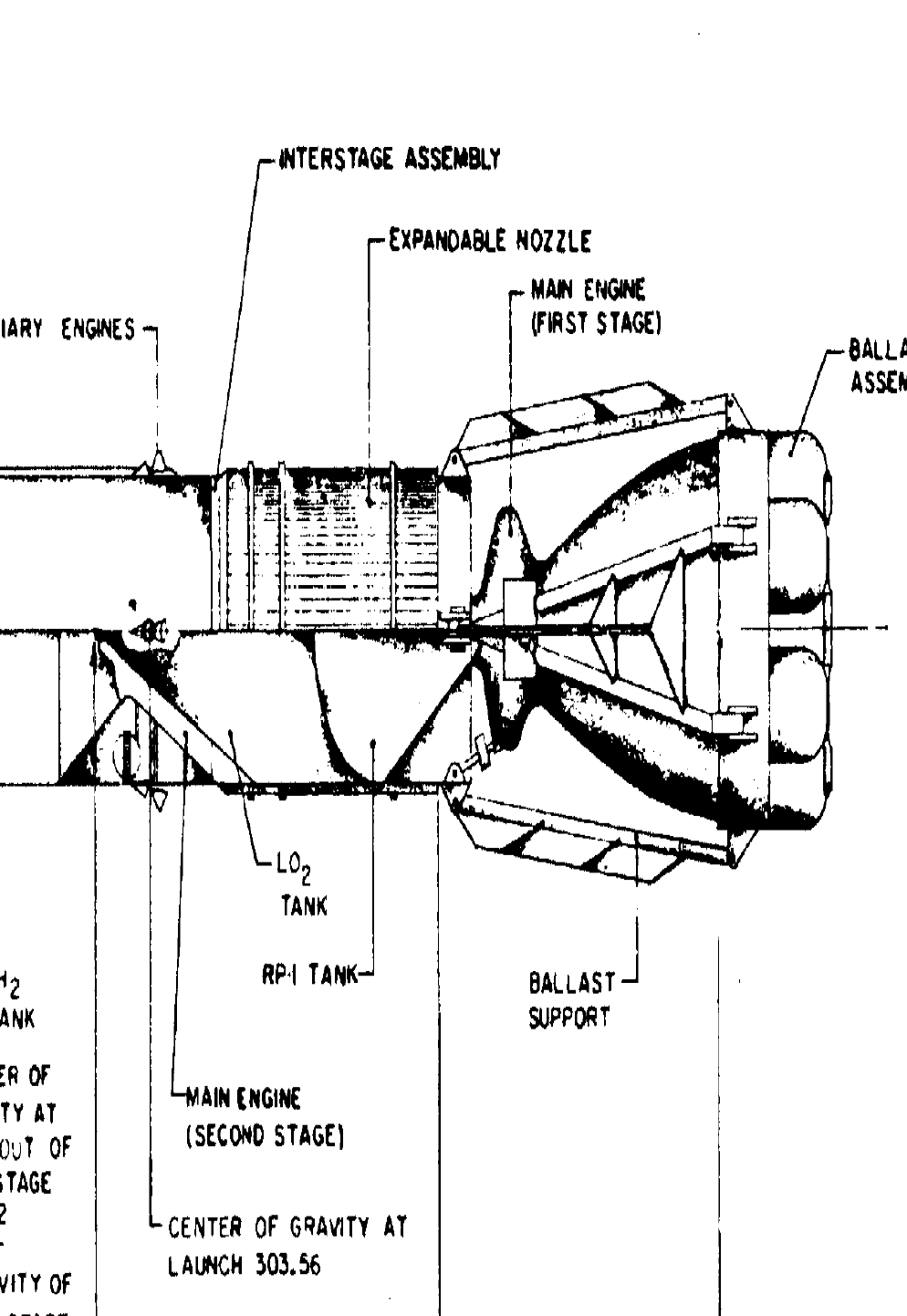 Think of pressure and temperature as relating to an overall density. The more pressure the more stuff you can get to the place where temperature expansion kicks into Newton's third law. Perhaps it helps to think of unburned fuel as being the same thing as already burned fuel which had been compressed back into the same space - now wouldn't that be a lot of pressure, and if you can multiply that before ignition (the initial pressure) then, well, you've got lift off!

Not the answer you're looking for? Browse other questions tagged rockets engines pressure turbopump pressure-fed-engine or ask your own question.

25
Why do pressure fed engines have combustion instabilities?