There is a lot of popular talk that

Unfortunately in the bulk of popular talk actual resources become difficult to find.

Well we don't yet have the actual proof that there's an "abundance" of 3He (Helium-3) embedded in the Lunar regolith that would make any "mining" worth our trouble. All we have so far is the indication that there might be, as shown by the trace amounts of 3He detected in the regolith samples extracted by the Apollo missions. Current estimates are that there might be anything from 1 ppm up to 50 ppm (parts per million) of 3He embedded in the Lunar regolith, and while that might not seem much, if true, it might make any exploitation of it feasible. Of course, the higher ppm, the better.

I have to add here that Apollo sampling of Lunar regolith arguably isn't the most indicative of levels of 3He embedded in it, since much of the surface trapped 3He would likely escape due to mechanical disturbance and electrostatic discharge when Apollo missions sampled it by drilling. But it is a better representative of how much of 3He is contained within the topmost Lunar bedrock, with Apollo 11 having best success landing in the TiO2 (Titanium Dioxide) rich region of Mare Tranquillitatis. Surfaces with electro-conductive metallic minerals seem to be the best, 3He rich (1) candidate regions suitable for Lunar surface mining on top of permanently shadowed Lunar polar regions (2).

What makes this rare isotope so tempting is the energy stored in it as two of 3He atoms coupled in a superheated plasma break apart into two protons and a 4He (Helium-4) alpha particle:

This is the energy density in mega electronvolts per mole (3 grams) of 3He plasma that was reached by the third-generation Helium-3 fusion reactor, developed by Gerald Kulcinski at the University of Wisconsin. This is a reaction that produces very high amounts of energy, and at the same time very little harmful byproduct. Second-generation fusion generators produce more energy per fuel mass, with Wikipedia putting them in the range of 18 MeV (493 megawatt-hours or 4.93×108 W·h) per mole of 3He, but they do require Deuterium ($\ce{^2_1H}$), which makes it less suitable for direct conversion of 3He resources on the Moon.

So far so good, at least as far as 3He's actual use is concerned. But, as I mentioned before, we don't actually have direct evidence of mineable amounts of 3He in the Lunar regolith, and all the current evidence is indirect at best. The theory behind its forming seems sound enough, though.

While 3He doesn't form plasma easily, and huge temperatures are required for the two 3He atoms to have enough of kinetic energy to couple and remain in a plasma state, we're kinda lucky that, it just so happens, our Sun does that really good and the main natural and renewable sources of 3He come from solar Coronal Mass Ejections (CME) and solar wind. As the solar wind can reach velocities up to 900 kilometers per second, and nothing stopping it on its way to the surface of the Moon, this 3He plasma can embed in the rather thick layer of Lunar dust (samples from up to 1 m deep were recovered by Apollo missions also retaining trace amounts of it), and Lunar surface is also bombarded by asteroids, that would possibly embed 3He even deeper.

Another point to possible lingering of 3He in the Lunar regolith is that there isn't really any dense enough atmosphere on the Lunar surface to sustain what we would consider as normal behavior of molecules in gases - frequently colliding with each other in the excited state. These thin enough atmosphere not supporting this behavior of gases are called exospheres. The point being, that they don't form enough of the atmospheric pressure to push lighter on the atomic scale and less dense gases upwards, displaced by denser and heavier gases (like we'd expect on the Earth). There is also no weather to speak of, except for the Solar weather, but that one, as we said earlier, is supposed to bring more 3He with it, not blow what's already embedded in the regolith away. Well, possibly both, but the total quantity embeded should stay at least equal, if not larger, than before.

How long is this 3He contained within the Lunar surface is unknown though, and while there's a few working theories, we'll probably have to wait for more data returned by Chinese Chang'e program, or even NASA's LADEE (Lunar Atmosphere and Dust Environment Explorer) that was just launched (as of writing of this answer) and is on its way to a roughly 100 days long mission to study the Lunar exosphere and dusty environment. My money is on the temporary 3He plasma containment by the electrostatic charge it produces on impact with the surface regolith and that there's not enough of pressure to displace it faster than it is replenished, but that's just a somewhat educated assumption at best.

3He in a plasma state is so far easiest to contain using Tokamak devices that use magnetic fields to confine plasma, but Kulcinski proposed the Inertial Electrostatic Confinement (IEC) reactor that can contain it and at the same time sustain Helium-3 fusion (3). He believes that he can better collect the energy produced by these reactions by using a reverse particle accelerator that can convert the power directly into electricity without the need of turning a turbine. 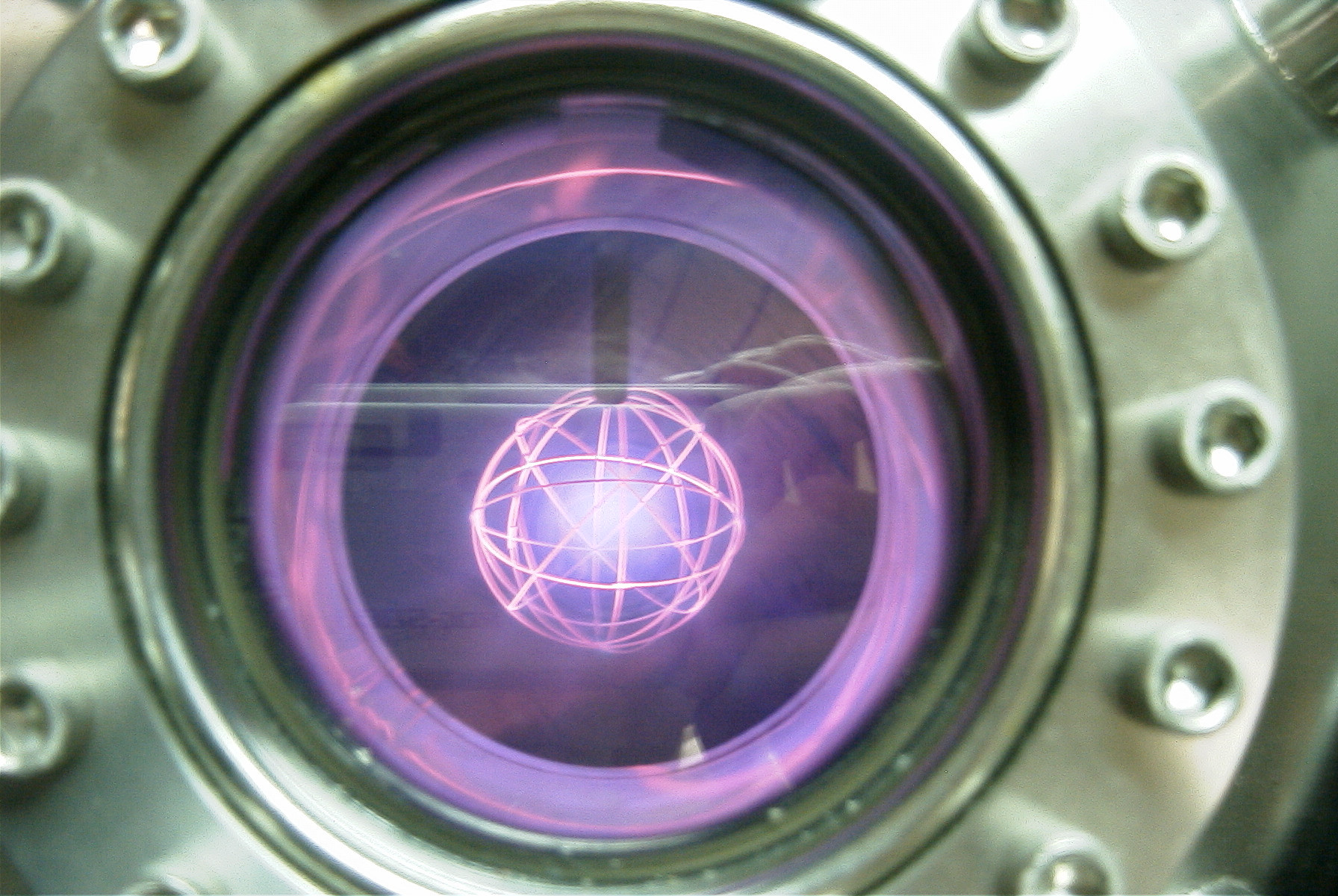 Of course, all of this by no easily dismissible amount depends on the amount of 3He (in the range of parts per million) on the Lunar surface. However, pockets of 3He plasma contained deeper within the Lunar surface and created by asteroid impacts aren't dismissed, if somewhat more difficult to mine.

Not the answer you're looking for? Browse other questions tagged the-moon energy mining natural-resources helium-3 or ask your own question.

19
Are there proven sufficient $^3\text{He}$ reserves in the inner Solar System to sustain fusion reactors for colonisation?

59
What resources could be gained from asteroid mining that would be worth the effort?
8
Could a comet-trailing "scoop" be practical for mining?
18
Would geothermal energy be practical on a lunar base?
9
Mining and the transportation of resources
13
Could lunar mining be used to service Low Earth Orbit?
29
How deep could a lunar mine go?
8
How could the presence of 3He be detected on the lunar surface?
8
Mining Helium-3 on the moon and sending it to Earth?
2
Full lunar mineralization/ore map
1
Are People Actually Serious About Mining The Moon?