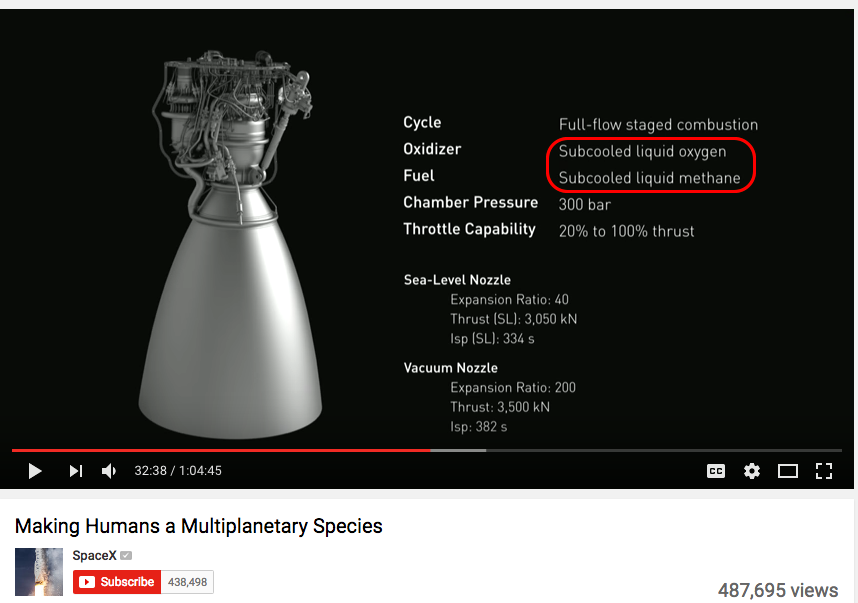 8
Autogenous pressurization with sub-cooled propellant
10
Why don't all SSME turbopumps gimbal with the engine?
6
Can gas bubbles form in the fuel and oxidizer rocket engine pumps due to insufficient flow from the tanks?

8
Questions regarding Falcon Heavy's crossfeed system
10
A cryo tank within another cryo tank...is it a sound engineering concept?
7
What upgrades does the Merlin 1D need to increase its time between overhauls to 1000 hours?
5
Problems compressing the helium tanks inside the F9 2nd stage LOX tank at the last minute?
6
Is this explanation for the SpaceX 1-Sept-2016 anomaly plausible?
0
Is the "cryogenic helium" system in recent discussions actually LHe for cryopumping?
4
Liquid Helium (4.2K) sealed, then raised to sub-LOX temperature (~70K) - what is the new pressure?
10
Why would sub-cooled LOX tanks need to "topped-off" until the last minute or so?
7
Could the SpaceX Falcon 9 Block 5 work without sub-cooling the propellants?
3
How do you shut off a Merlin-like rocket engine quickly? How quickly can it be done?