Why was Kepler's orbit chosen to continue to drift away from Earth?

The Kepler telescope was launched from Earth on March 7 2009 and placed in an independent orbit around the Sun, with a semimajor axis of 1.0132 AU, period of 372.53 days, and an eccentricity of 0.036 according to Wikipedia.

Kepler needs to be far enough from Earth so that Earthshine (sunlight reflected by Earth) can not contaminate it's measurements. The camera is considered a photometer - Kepler's main mission is to detect extrasolar planets by measuring tiny shifts in the brightness of stars caused by distant planets transiting their stars.

I believe that there are other reasons to keep Kepler away from Earth as well. But I am wondering why it was decided to put Kepler in an orbit that continues to move farther and farther from Earth.

Kepler's design lifetime 4 years but it is continuing to produce scientific data even now, over seven years since it was originally commissioned.

My question is about its orbit. Currently it is about 137 million kilometers from Earth, almost 1 AU, and it continues to move farther from Earth all the time (see plots below). I understand that Kepler performs a substantial amount of preprocessing of the roughly 93 million pixel images before sending them to Earth, and downloads are done periodically, perhaps once per month. So the long distance does not seem to be causing too much of a communications problem.

But I'm wondering why it was decided to put Kepler in an orbit which constantly drifts farther from Earth. Is there some benefit to this, or is it the only way to keep it from returning to the vicinity of Earth too quickly? 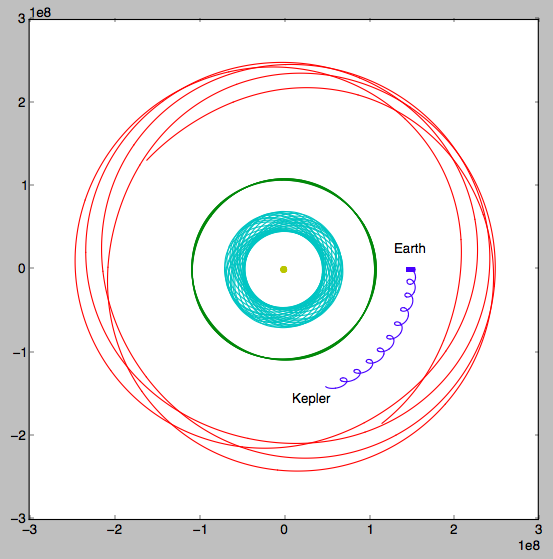 above: plot of the motion of the inner solar system bodies projected on to the plane of the Ecliptic in a rotating (synodic) frame based on Earth's orbit. Data from the JPL Horizons ephemeris database. The Earth is the blue "blob" to the right, and the Kepler telescope moves slowly behind the Earth every year. The wiggles are due to the eccentricity of both the Earth and Kepler. 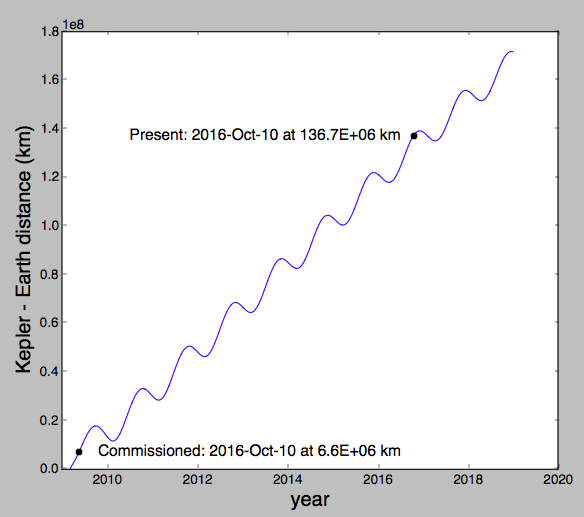 above: plot of the distance between Kepler and Earth as a function of time. Data from the JPL Horizons ephemeris database. 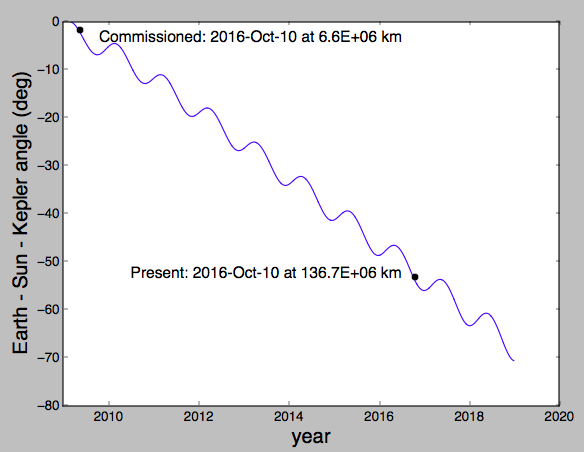 above: plot of the solar angle between Kepler and Earth as a function of time. Data from the JPL Horizons ephemeris database. 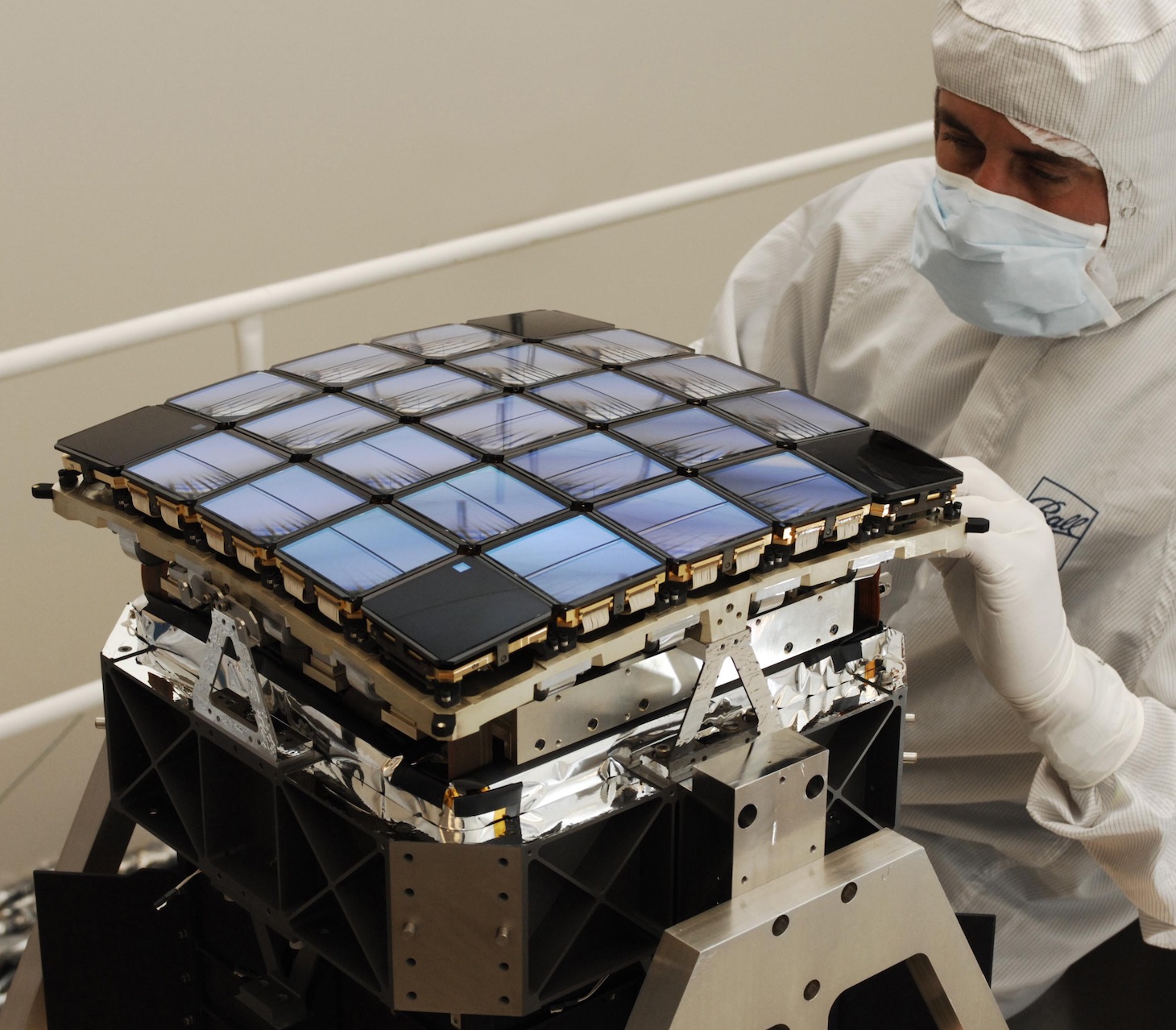 Initially, Kepler was slated to go to L2. However, when preparing Spitzer, NASA found that a heliocentric, Earth-trailing orbit takes less propellant to reach than L2. For Spitzer, this enabled the switch to a smaller launcher. This finding also applies to Kepler.

Not the answer you're looking for? Browse other questions tagged orbital-mechanics orbit spacecraft data-transmission kepler-telescope or ask your own question.

13
How accurate are modern ephemerides, and how does their accuracy degrade over time?
2
What was Chang'e-2's 3D orbit in space? (since it's not in Horizons)
5
Juno's original orbit around Jupiter - is this apsidal precession? If so, need expression
9
What force is bringing Cassini down into Saturn's atmosphere in another 145 days; drag, or...?
6
Is the Parker Solar Probe's semimajor axis being so close to that of Mercury's just coincidence? Does it help somehow?
5
RIP Kepler, how shall we call your orbit? Does this cyclic flip-flop process have a name?
6
Calculate Date of Spring Equinox, possibly using JPL's Horizons website?
5
Where did the Herschel Space Telescope go in 2013?