According to Wikipedia the single engine on the 2nd stage is a YF-20 series engine.

What is causing the faint yellow light on the side of the nozzle where there is a tube wrapped around it? 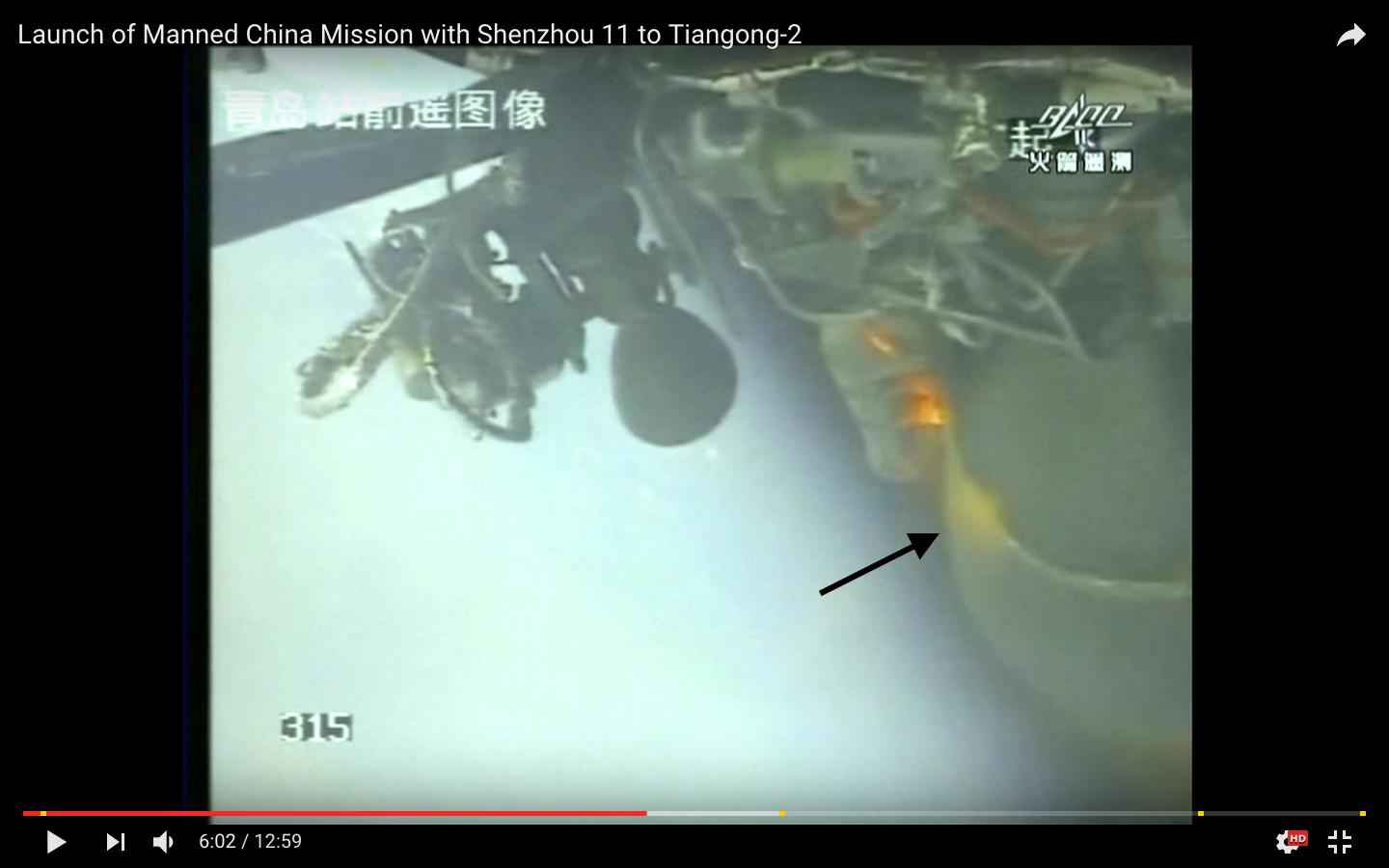 above: Screen captures from this YouTube vide Arrow is added indicate the "blob" in question. 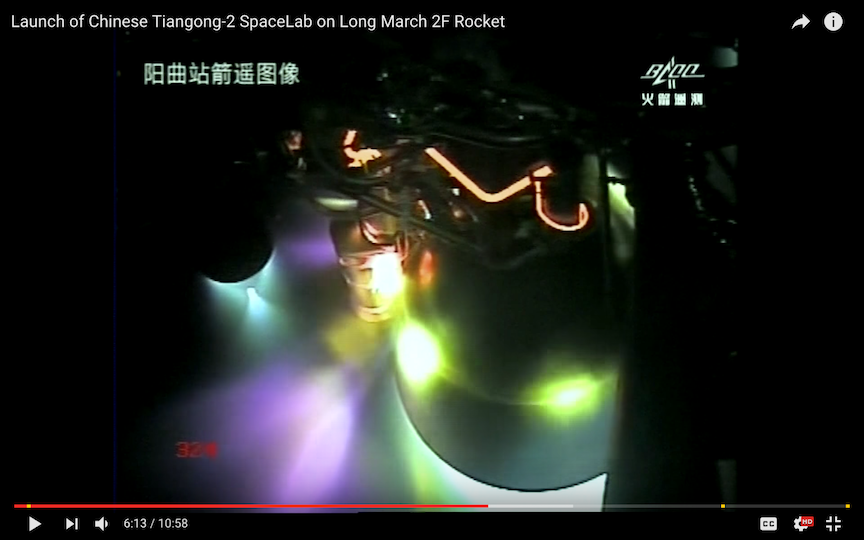 above: Screen captures from this other YouTube vide Similar type of shot. This is the previous launch of Tiangong-2. Seems to be heavily colorized?

Browse other questions tagged engines exhaust nozzle shenzhou-11 or ask your own question.

33
Why do the exhaust flames from cryogenic stage engines appear to be separated from the nozzle?
10
If it is difficult for Merlin engine to have deeper throttling, could it be as an option a different engine at the center of the rocket?
4
Does the luminous blue shockwave from the RS-25 engine appear to be rectangular?
3
Orbital ATK’s Cygnus 2nd stage exhaust plume
4
Did I see the Formosat-5 F9 2nd stage nozzle vibrate at about 2Hz at SECO-1?
2
What causes those curtain-like hot and cool spots in the 2nd stage nozzle of this Electron ELaNa 19 launch?
9
Why should be velocity through the nozzle throat be sonic?
0
What is a typical sea-level engine nozzle/expansion ratio? What about vacuum engines?