Why is the delay between main engine cutoff and second stage ignition so long? [duplicate]

I was reading over the recent Antares launch profile and was surprised to see that the main engine cutoff is at T+230s, but the second stage does not ignite until almost 100 seconds later. Why is this time so long? 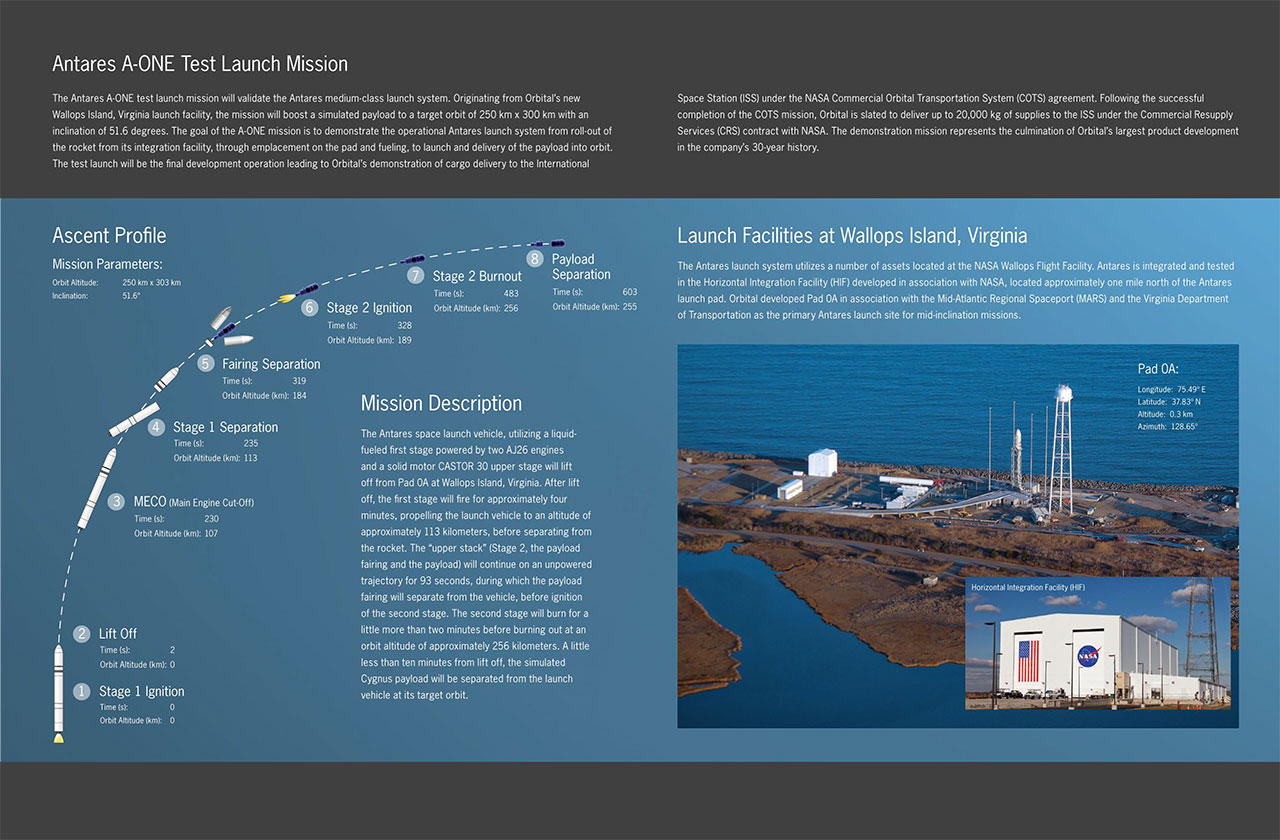 I would have assumed that 100 seconds of deceleration would cost a substantial amount of fuel to recover, making the system heavier, more expensive, lower payload, and all sorts of other bad things. I'm certain there's a good reason (no one burns thousands of extra kilos of propellant 'just because, right?)... but I can't figure out what that reason is.

All my (admittedly basic) physics leads me to believe that you'd want to do as much of the initial burn as you can early in the profile to minimize the amount of total energy you have to generate (or maximize the payload you can carry, which are really two sides of the same coin)...

Edit: thanks for the helpful answers - the key component I was missing is that by the time the first stage cuts off, the vehicle is high enough that there is virtually zero atmospheric drag left, and as such the coast phase costs very little in terms of lost energy (velocity). I found the Antares User Guide extremely instructive, specifically figure 3.2-1, which shows that the velocity reduction between MECO and the second stage ignition to be only ~160m/s. The gravity turn is also a concept that I hadn't heard of, but makes perfect sense now that I read about it. ;-)

Browse other questions tagged flight-profile or ask your own question.

33
Why is there a “coasting” phase in some space launches?