What is the spherical tank in this drawing of the BFS?

The big news in this article is the extremely large carbon-fiber fuel tank. However, the drawing in the article does not show it well. Instead what stands out like a sore thumb in the drawing is the smaller sphere, in a location which suggests it would be suspended inside the "fuel tank".

It reminds me of a similarly shaped (i.e. spherical) object in science fiction, but I don't think it is related. (See below).

Is the sphere a helium tank, coated in carbon and suspended in oxygen? Or have I got it all wrong? 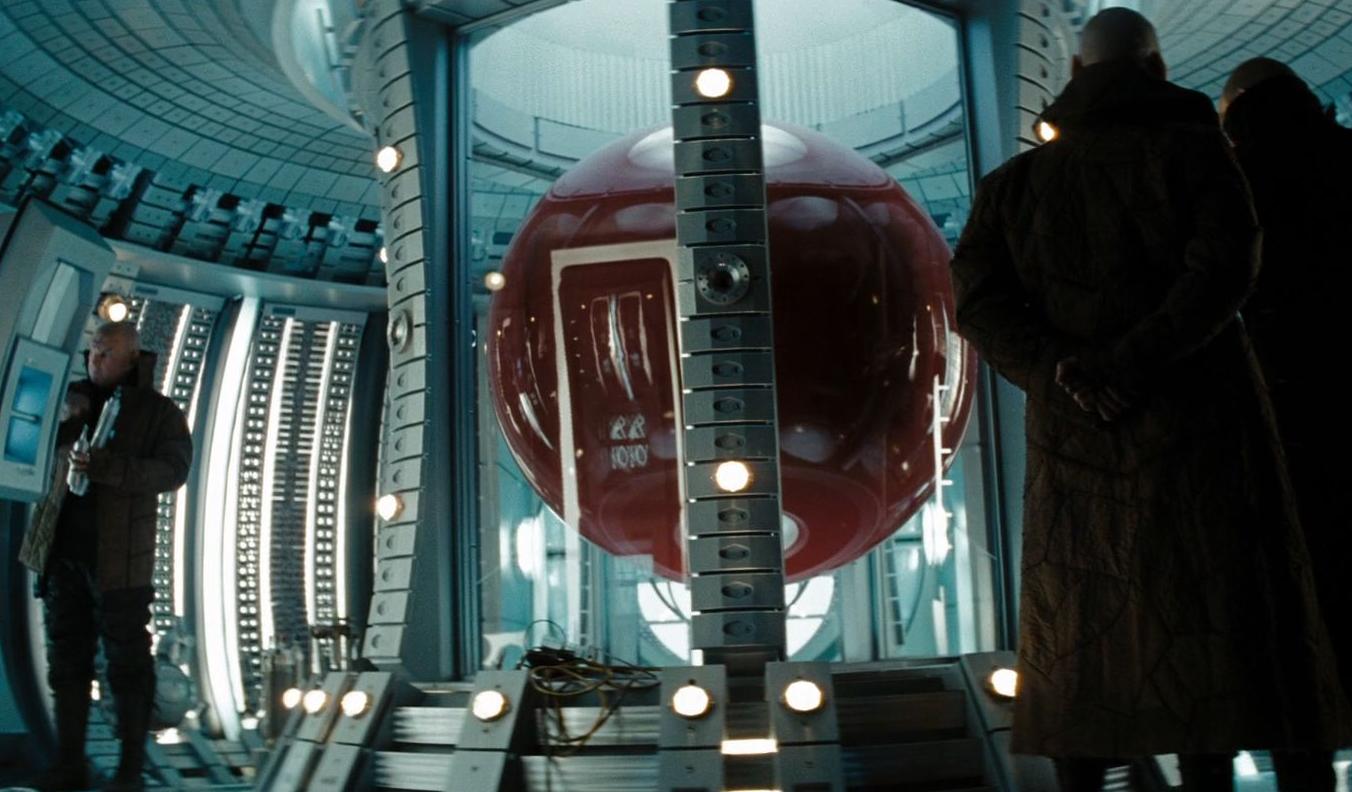 Firstly, the image you provided is not of the BFR, but the BFS (Big F***ing Spaceship) or ITS (Interplanetary Transport System) spaceship (Musk is purportedly not happy with either name).

Elon Musk answered a question in his Reddit AMA on r/SpaceX recently that describes the exact purpose of the spheres. Long story short, yes, they are propellant tanks. They are not so much suspended but held in place inside the tanks. Enough of me talking though.

ITS Spaceship design question II.: The ITS Spaceship has two mystical spherical tanks, marked green in this slightly edited image. The whole tank design looks very exciting, and there's rampant speculation on this sub about the purpose of those spherical tanks:

All of the above perhaps?

As an addendum, SpaceX's Interplanetary Transport System does not use Helium, instead opting for autogenous pressurization whereby you use the propellant to pressurize itself (gaseous Methane and gaseous Oxygen, respectively).

Not the answer you're looking for? Browse other questions tagged spacex rockets fuel liquid-fuel or ask your own question.

5
Are cold gas thrusters viable for model rockets?
9
Is the pressurization of propellant tanks necessary for structural integrity?
10
Final conclusion/description of the cause of the SpaceX Sept. 1, 2016 anomaly? What's a "buckle"?
0
What are these thirteen purple grape-like things inside this tank?
2
ULA's plan for LH2/LOX 2nd stage that can maintain propellant for an extended period of time?
6
What would the BFS' landing on Mars be like, if it is different from this animation?
7
Can BFS land on the Moon?
1
Does this Soyuz vehicle burn coal or oil? What is its official name?