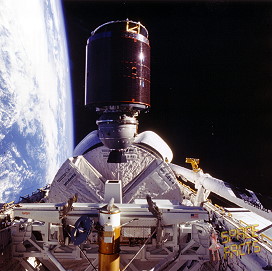 15
How were vibrations supposed to be handled in an Ares I?
12
Was there ever a non-sterilized probe sent to a celestial body?
5
Why wasn't the space shuttle fully Liquid fueled?
14
What was the first time a "re-used booster" was used to put a payload into orbit?
14
Was a method available to save the Challenger Crew?
3
How many spacecraft deployed from the ISS have escaped Earth orbit? Are there plans for any in the near future?
5
How much does launch costs have to come down to make chemical fuel deep space probes feasible?
6
What spacecraft has had the greatest total propulsive delta-v?
1
Psyche & others will use Maxar 1300 series platform; are these the first instances of a commercial communications satellite bus sent to deep space?