Not a trick question, but a real puzzler - which spacecraft or spacecrafts incorporated real wood structural elements?

Rangers 3, 4, and 5 each had a seismometer encased in balsa wood to limit the impact loads. 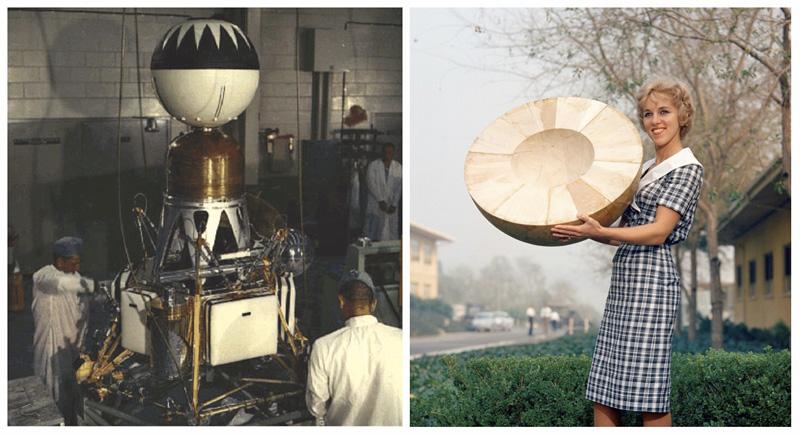 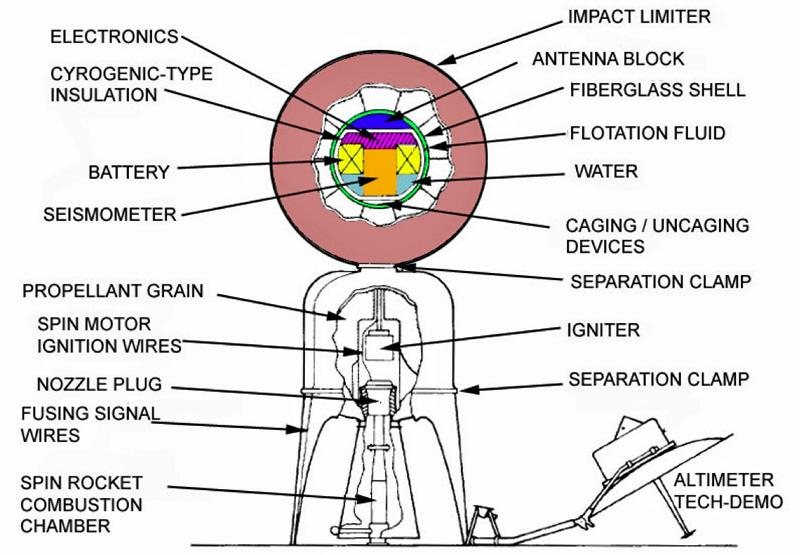 Many Mars landers have used heatshields made of cork powder in phenolic resin, including Viking and Schiaparelli. (ESA uses a material called Norcoat Liège, "liège" being French for cork.)

Before the Space Shuttle ever flew, a lot of testing had to be done. Among the test items were the OV-101 (Enterprise), STA-099 (later OV-099, Challenger) and the Pathfinder (later OV-098, no STA designation known). The latter was partly built of wood. 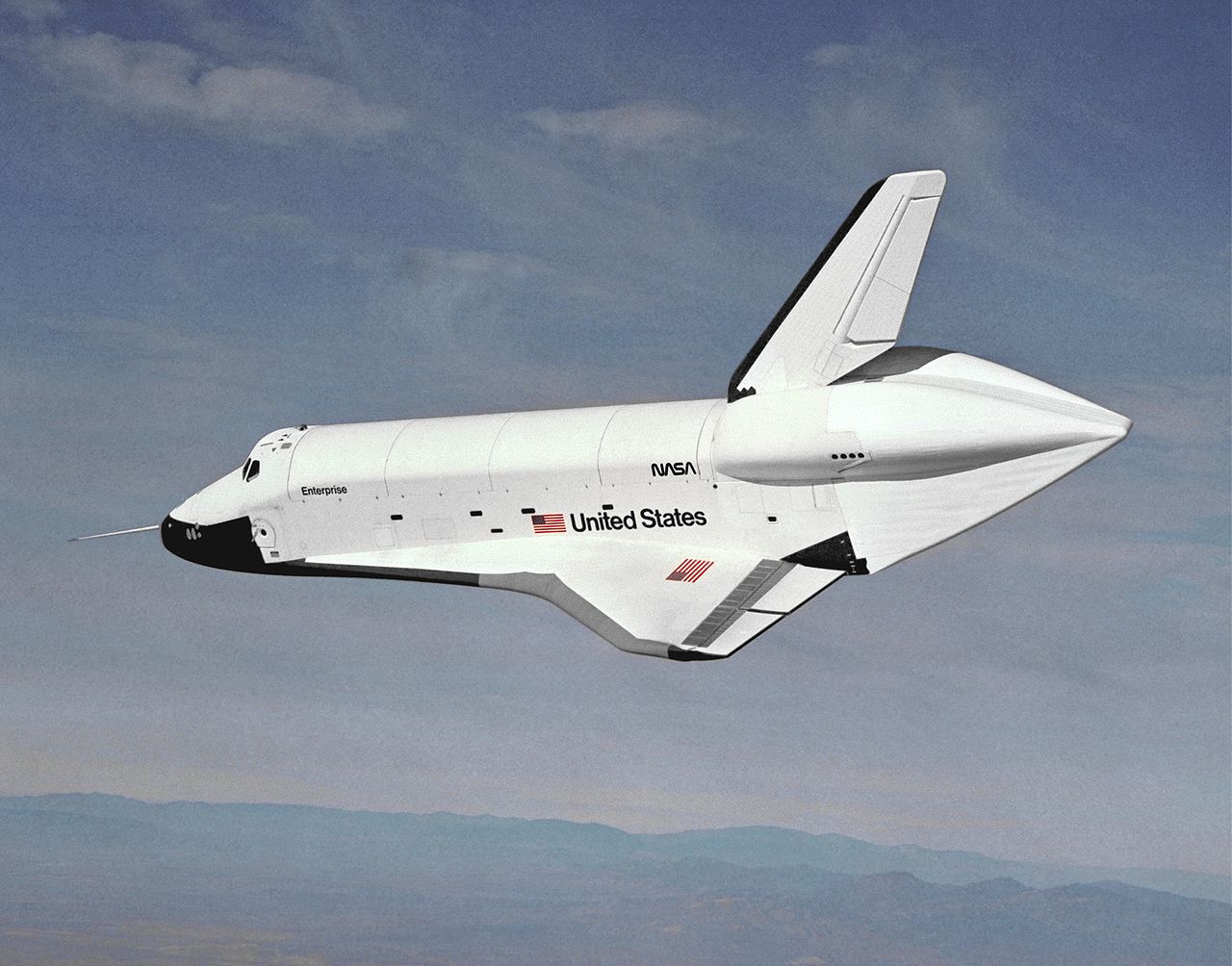 The Enterprise was built without engines or functional heat shield. Also a lot of other systems were missing. It was intended as a flight test article first, but was planned to be upgraded to full orbiter status after conclusion of testing, becoming the second orbiter after OV-102 Columbia. Design changes during the construction of Columbia forced NASA to reconsider this. After the Challenger disaster, refitting Enterprise was again brought up but ultimately decided against. 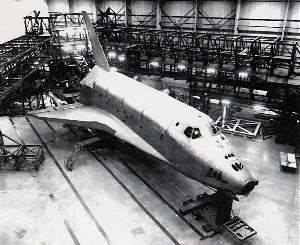 Like the Enterprise, Challenger was first built for testing. It was a full airframe with a mockup crew module and partial heat shielding. It was put to the test for 11 months. After that it was fitted with a functional crew module, parts were reworked and was launched on orbital missions as OV-099. 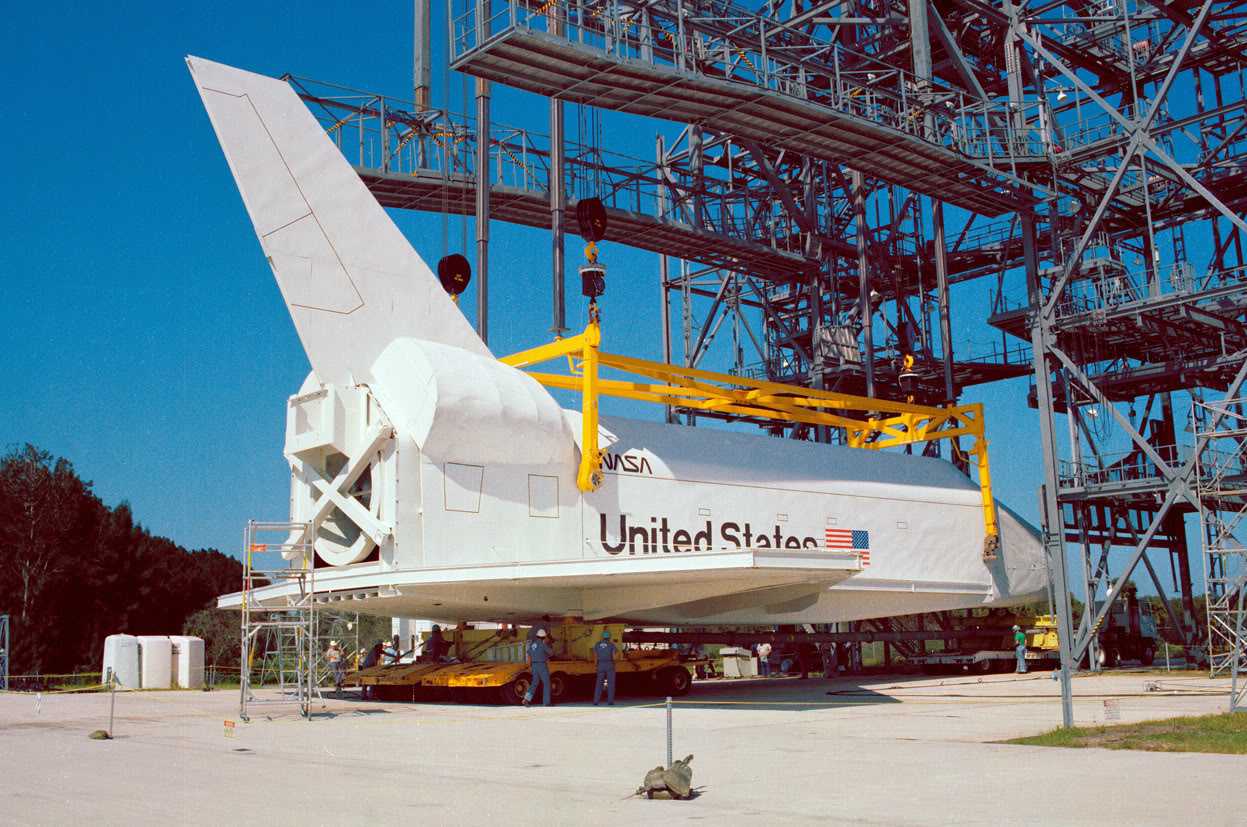 Space Shuttle Pathfinder (retroactively/honorarily assigned number OV-098) was another full sized orbiter test article, but built out of steel and wood. It was mainly used for testing all shuttle ground facilities: cranes, roadways and other heavy equipment. It completed 6 missions, but zero of those actually went into space. It was later refurbished into a fully equipped model using a test tank (MPTA-ET) and two prototype Advanced Solid Rocket Booster casings. 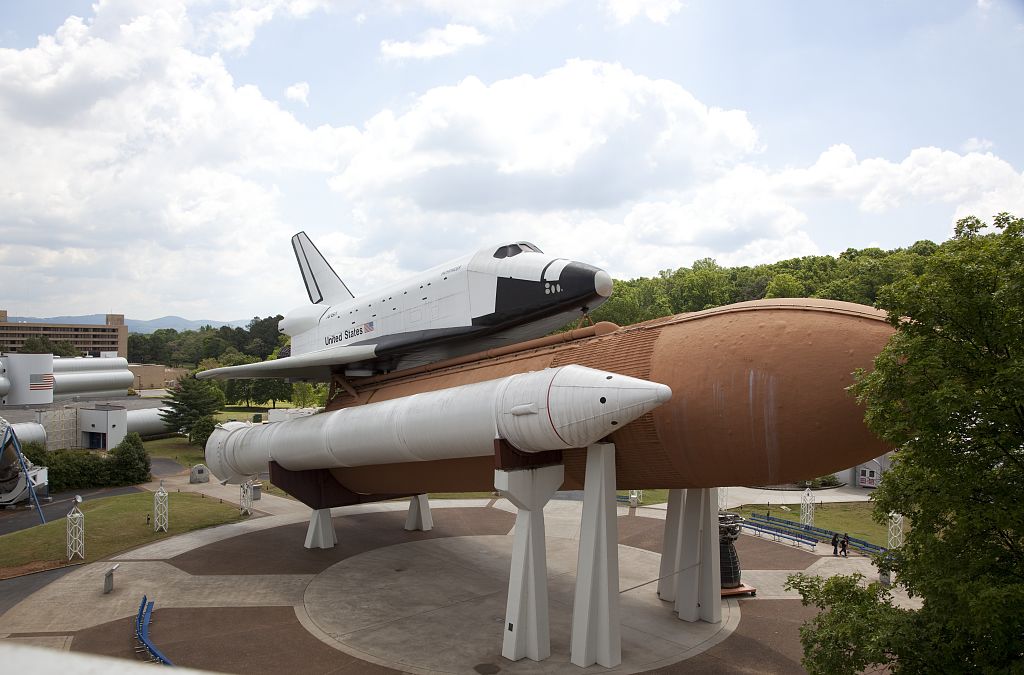 In the mid 1970's China had a series of reconnaissance satellites called Fanhui Shi Weixing (FSW). These were designed pretty early on. They were recoverable and mostly used for mapping and internal geography of China. They were recoverable because at first they had film cameras like early American spy satellites. These had a heat shield make of white oak. It apparently worked well since there were quite a few, (20 something?) missions. Later on they tried to evolve them into manned spacecraft. In the west it was believed they had a failure causing the loss of the astronaut, so that program was discontinued. I believe FSW (with improvements) were used again for reconnaissance. Later they got people up in the Shenzhou program.

The Apollo SLA had thin cork panels for insulating the LM.

The roof of the LM looks to me to be perforated chipboard, like the back of an old tv, but i've no references to back that up :)

WISA Woodsat is made of regular plywood; dried in a thermal chamber but otherwise the same as you'd buy in a hardware store:

WISA Woodsat is a 10x10x10 cm ‘CubeSat’ – a type of nanosatellite built up from standardised boxes – but with surface panels made from plywood. Woodsat’s only non-wooden external parts are corner aluminium rails used for its deployment into space plus a metal selfie stick. [...]

“The base material for plywood is birch, and we’re using basically just the same as you’d find in a hardware store or to make furniture,” explains Woodsat chief engineer and Arctic Astronatics co-founder Samuli Nyman.

“The main difference is that ordinary plywood is too humid for space uses, so we place our wood in a thermal vacuum chamber to dry it out. Then we also perform atomic layer deposition, adding a very thin aluminium oxide layer – typically used to encapsulate electronics. This should minimise any unwanted vapours from the wood, known as ‘outgassing’ in the space field, while also protecting against the erosive effects of atomic oxygen. We’ll also be testing other varnishes and lacquers on some sections of the wood.”

From this press release

Balsa wood was discussed for the thermal insulation of cryonic LH2 tanks of the Saturn rocket. But there was not enough balsa wood available, therefore glas fiber reinforced polyurethane foam was used.

The FSW did have an oaken heatshield. I saw one on display at the bicentennial airshow (Richmond, Sydney, 1988). This craft was launched on 1987 August 5, and was previously known in the west as China 20, then variously called FSW 0-9 or FSW 0-10, depending on whose chronology you refer to. Cospar 1987 067A, NORAD 18306. The oak was charred, and some broke off when display attendants moved the spacecraft. They simply vacuumed most of it up so that the charcoal didn't mess the carpet! I was able to photograph both the exterior and interior (equipment had been removed).

As for structural elements, at the 1972 Farnborough airshow there was the backup Prospero spacecraft (1971 093A). The solar panels were hinged to provide access to the interior electronics and the wooden frame. I asked the engineer about this, asserting that this was a low fidelity mockup. No, he assured me, it was the real backup, and yes Prospero did have a wooden frame! I believed him, but even today I have the niggling suspicion that maybe I was having my leg pulled!! Prospero was built at the Royal Aircraft Establishment in Farnborough, and this engineer was one of those that built it. I understand that this flight spare has been donated to the Science Museum in London. Perhaps some museum visitor / staff could ask the curators abouth this?

The Apollo boost protective cover -- which covered the command module during launch, protected it from the type of launch damage that doomed the Shuttle Columbia, and which was ejected with the escape tower soon after launch -- was made of cork.

Not the answer you're looking for? Browse other questions tagged spacecraft construction or ask your own question.

34
Why is there a large wooden ball on Mariner 3's magnetometer?
21
Is there any way to land a rover on the Moon without using any thrusters?
14
Why did early satellites (e.g. China's Fanhui Shi Weixing) re-enter the atmosphere narrow end (nose)-first?
19
Use of carbon monoxide as propellant on Mars
6
First LED left on another planet⁺ by humans?
18
Could a spacecraft be made out of wood?
12
Is this smoke from Expedition 53 returning Soyuz capsule?
8
Using bamboo as space construction material
6
Advantages/disadvantages of wood for surface of cubesat?
2
Is it possible for small satellites to orbit in MEO or GEO?
See more linked questions

11
Ultra-lightweight material for structural components - aluminium foam?
11
Have any spacecraft been launched or proposed to make a survivable close encounter with the Sun?
5
Suitability of Hydrogenated Boron Nitride Nanotubes for structural and shielding elements of spacecraft
7
What is the hardest part of making spacecraft (mostly) reusable?
34
Why is there a large wooden ball on Mariner 3's magnetometer?
2
How are the velocity and range of a spacecraft measured from ground based stations?
5
Remaining fuel estimation/measuring Strategy in a spacecraft
7
Which Voyager spacecraft "mutinied", and what really happened?
5
What was the primary role of epoxy layer between metal structure and insulation foam on External Tank of Space Shuttle?
4
What is the maximum force a deep space spacecraft experiences after launch?