Do windows in space stations, the space shuttle, other spacecraft have practical usage?

As we know, cars need a front window because drivers need to see the road to control the car, but how about the windows in space shuttles? As far as I know, the orbits of ISS or other space devices are mostly controlled by a computer, not by humans directly.

Is it just to allow people in space look back to Earth so that they don't feel bored? Or do the windows have other uses?

For shuttle, the crew flew the last few minutes of the landing manually. Manual flying was a contingency mode for most parts of the entry. Some kind of outside view is required for that. Given video technology in the 70s when shuttle was designed, they went with windows.

The aft and overhead windows were important for robotic arm and docking operations. Camera views were used as well but window views were often crucial. 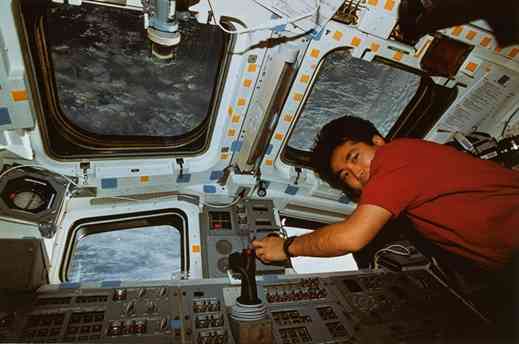 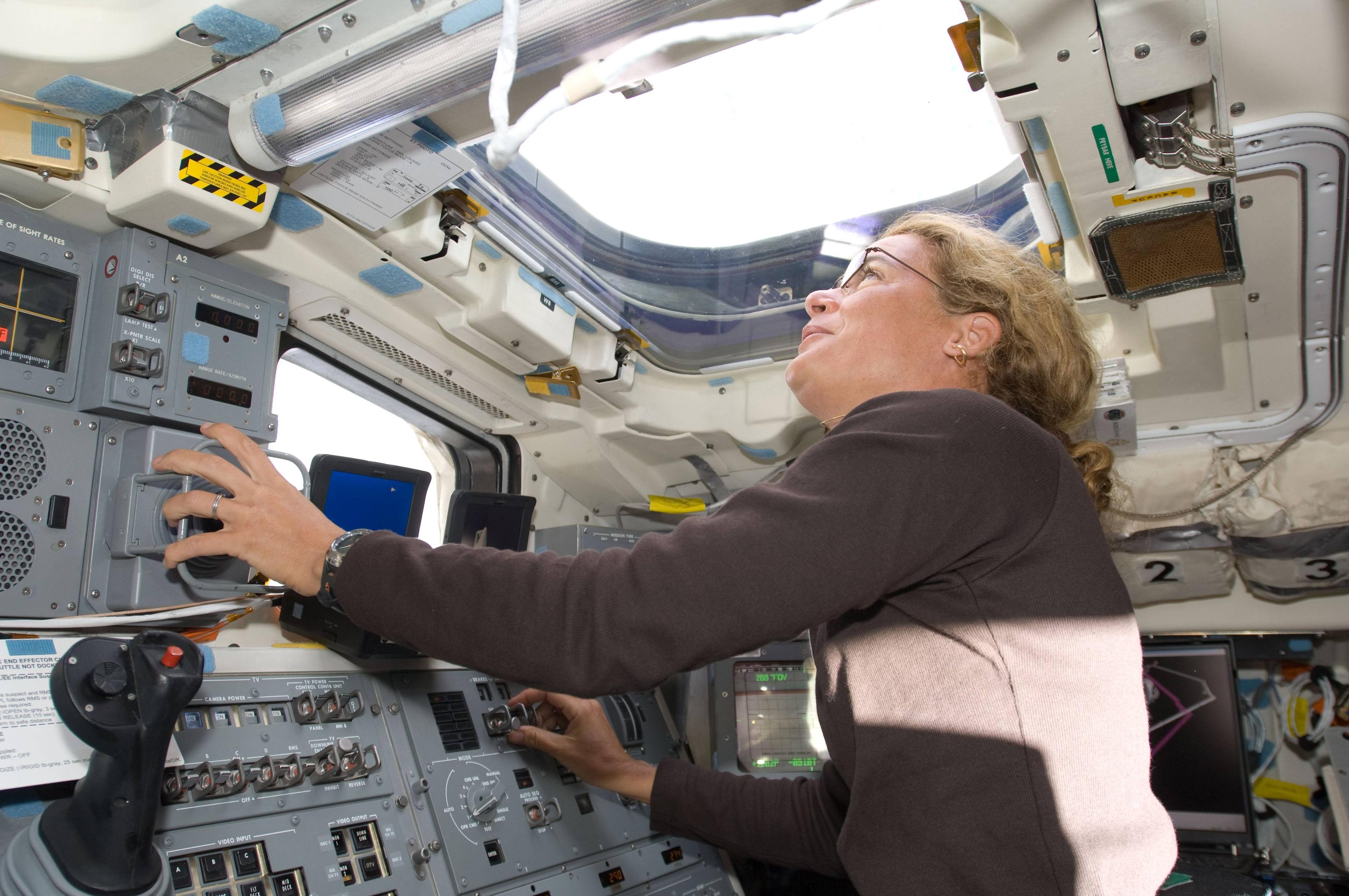 Video technology of the MIR space station was obviously still not good enough during the 1997 MIR-Progress collision. The radar had been shut down because of technical problems, but the docking attempt was ordered to go ahead anyway, by a crew member remotely operating the approaching Progress supply spacecraft via a video monitor

Just afterwards, in the power outage caused by the collision (they had to cut the main power cable in order to close the door to the punctured module to save the breathable indoor atmosphere and survive):

"So, in the dark and in the silence, [astronaut Mike] Foale went to the windows in the airlock and held his thumb up to the field of stars. Combining a sailor’s technique with a scientist’s knowledge of physics, Foale estimated the spin rate of the space station." Dramatization of the event.

So at least as late as 1997 windows played a useful role in helping determine the rotation, and I suppose thereby determining the Earth communication and solar power periods of a crewed space station.

I would like to add one additional effect. Keeping the astronauts sane. Really, ever sit in a small tight room for a week with no windows and no confirmation of anything beyond. In prison they use that as a punishment. Just the ability to look out and confirm that you "can" go there, and you don't "have to" live the rest of your life in this little tin can, is an amazing effect.

Try taking a cruise, and getting a small cabin with no window, then nit being allowed to leave that small cabin on penalty of death. You's do pretty much anything to have a tiny window to look out of.

On the ISS, the Cupola is used to observe operations:

The International Space Station Cupola was first conceived in 1987 by Space Station Man-Systems Architectural Control Manager Gary Kitmacher as a workstation for operating the station’s Canadarm2 robotic arm, maneuvering vehicles outside the station, and observing and supporting spacewalks. He likened the use as similar to that of the Shuttle Orbiter Aft Flight Deck.

I wouldn't dismiss giving the astronauts a window to look out of as unimportant. Several astronauts I've heard speak, said the most profound change they went through was in the way they look at Earth: they came to understand how fragile Earth's society and ecosystem is, and how rapidly the ecosystem is changing for the worse.

Source for the last paragraph: a 3-hour talk by astronaut André Kuipers, almost half of it was spent sharing his observations of Earth and the changes he's seen between 2 missions ~10 years apart. Some changes are obvious to the naked eye, others can be easily seen if you have 2 photos of the same region taken at different times.

Orbiting Earth 2593 times, what I really came to appreciate was the commonality of the human experience. From orbit you see the repeated patterns of human settlement and civilisation, and inevitably start to sense that each of us inherently wants the same things out of life - joy, grace, time and stability to think, better opportunities for our children, laughter, someone to love. The precept of 'Us' and 'Them' is one that is taught; it's not the fundamental reality. Seeing the whole world as 1 place every 92 minutes drove that home within me, forever.

You develop an instant global consciousness, a people orientation, an intense dissatisfaction with the state of the world, and a compulsion to do something about it. From out there on the moon, international politics look so petty. You want to grab a politician by the scruff of the neck and drag him a quarter of a million miles out and say, "Look at that, you son of a bitch."

The view of Earth is the biggest thing, and it is probably the thing that has the biggest impact on you, so it is quite natural that is the thing you will miss the most

From up here I can see humanity’s footprint, including forest fires, air pollution and erosion

Example photo taken from the ISS of the Amazon rainforest. Dark green = rainforest. Lighter colors = forest chopped down to be replaced with agriculture. 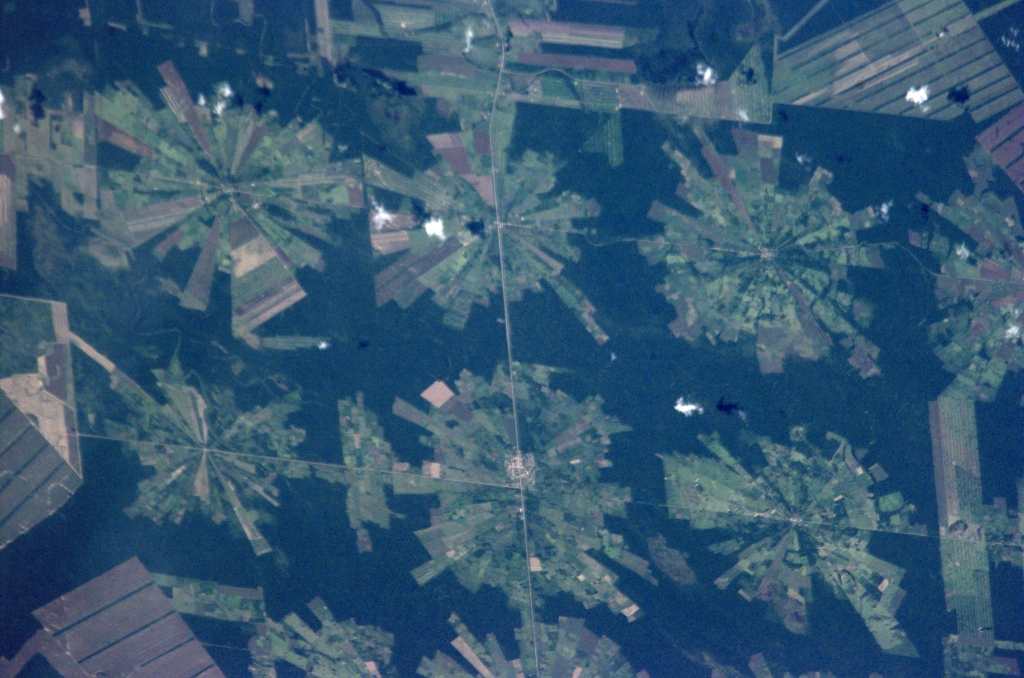 Windows have been primarily required for

We're still not at a point where every last thing is automated or instrumented, and some manual intervention and inspection is still necessary. Not to mention that instruments occasionally fail, and having a Mark I Eyeball as a backup is not a bad thing.

And do not discount the psychological value of having a window. I've worked in offices with and without windows, and just having a bit of natural light filtering in can make a huge difference in mood and productivity. Yes, astronauts should have the psychological stamina to be able to work in closed spaces for extended periods of time, but if having a window makes it easier for them to do their jobs, then why not have one?

Other people have already pointed out practical reasons for being able to see outside; for controlling robot arms, landing shuttles manually or general failover. Cameras are not only more fragile, but much more complex and expensive than a simple window (camera + monitor + camera controls + cable management through the outer wall of the vehicle + power usage, and so on). There is nothing particularly difficult about replacing a section of wall with a window, on the other hand. We do it in industrial settings all over the place (glasses for high pressure, high temperature apparatusses etc.).

Is it just to allow people in space look back to Earth so that they don't feel bored?

But let me stress that you can easily leave out the word "just" in this sentence, and will hit at least part of the truth right on the head.

The "people in space" are not just circumstantial, but they are the most important part of any manned (sic) space program. I don't have numbers, but I'd wager that the cost of selection, training, life support systems etc., make a great, if not huge part of the overall cost (both money and time) of manned spaceflight.

Hence, even if there were no other reasons, the relatively minor cost of adding a few windows might offset huge costs for otherwise necessary measures to keep the humans on the ISS sane. Keep in mind that other things are also done "just" to keep the astronauts happy. Like a small weight allowance to bring personal stuff like music instruments and the like. If that were not a psychological necessity, you can be sure that it would not happen.

Not the answer you're looking for? Browse other questions tagged iss space-shuttle spacecraft spacecraft-window or ask your own question.

18
Does the ISS have zenith-facing windows?
8
Were ejection seats on the Space Shuttle a practical safety system?
12
Did all of the Space Shuttles dock with multiple space stations or crewed spacecraft?
24
Would it have been any more difficult to build the space station without the space shuttle?
9
Building space stations with the original, smaller shuttle
23
Why does the ISS cupola have Interior Protective Sliding Windows
11
What is Astronaut Sunita Williams wearing on their wrist?
2
How are cameras arranged and used to monitor activities outside the ISS?
3
Comparison of space shuttle, command module, and lunar module window sizes