SJ 17 (Shijian 17) is a Chinese experimental satellite flown on the maiden CZ-5/YZ2 launch.

It is reportedly carrying out experiments with ion propulsion for station keeping.

The satellite will be directly inserted into geostationary orbit by the YZ-2 upper stage of the launch vehicle. (my emphasis)

The two engine nozzles began glowing bright orange again when the second stage re-started on a burn of just over four minutes to boost the stack into a highly elliptical sub-GTO-type orbit. Loud cheers emerged when the Yuanzheng-2 upper stage separated from the booster right at the half-hour mark into the flight, marking Mission Success for the Long March 5 rocket.

Assuming control of the flight, Yuanzheng-2 immediately fired its hypergolic main engine for a short supplementary burn to raise the high point of the orbit to Geostationary Altitude at around 36,000 Kilometers. Next was a coast phase of around five and a half hours to allow YZ-2 to climb to the apogee of the orbit so that its second burn can circularize the orbit and reduce its inclination to reach a Geostationary Orbit for spacecraft separation at 18:57 UTC.

The hypergolic-fueled Yuanzheng-2 seems to be considered an "upper stage", and yet, separation is considered the completion of the Long March 5's mission. Is the YZ-2 considered a 3rd stage?

How many stages does the Long March 5 actually have? Two, or three? 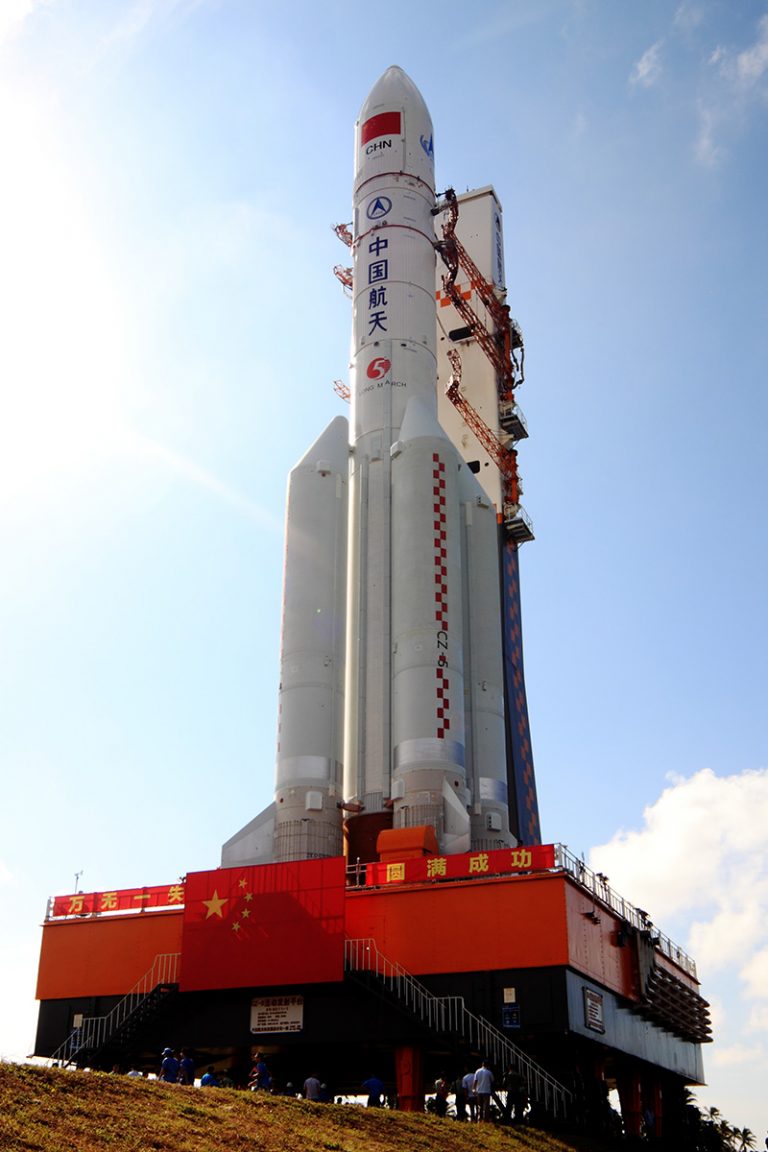 above: Long March-5 Rocket from here

A Honda Civic is a two axle vehicle. It can tow a trailer. When it's towing a trailer, Civic-plus-trailer is functionally a three axle vehicle.

There's no essential difference between a spacecraft with propulsion and a rocket stage.

In this case, Long March 5 is a two-stage rocket because it's designed and built separately from the YZ stage.

Not the answer you're looking for? Browse other questions tagged orbital-maneuver geostationary upper-stage china long-march or ask your own question.

7
What is the most number of stages, including fractional stages?
5
Are Kickstages exclusive to Rocketlabs Electron Design?

15
The heaviest martian spacecraft
16
What is this red gas at the exhaust of the Long March 3B rocket during liftoff?
5
Could upper stages take down space debris as a 2nd mission?
8
What will be "unique" about upcoming SES-9 GTO transfer profile by SpaceX?
9
What is typical lifetime of GTO rocket stages before reentry?
21
Does the Long March-11 increase its thrust after clearing the launch tower?
5
How close to Guam did China's recent Long March 5's first stage fall?
0
Are core stages going to start falling unpredictably from orbit somewhat regularly now?
1
Main reasons for a 2nd burn of a 2nd stage in Earth orbit?
5
How much debris will hit the ground from the Long March 5B compared to the debris from a GTO upper stage?