The Long March 5's first launch used a LH2/LOX main engine with four RP-1/LOX Liquid Rocket Boosters (LRBs). Is this the first time that RP-1/LOX LRBs have been used in a successful launch to orbit? 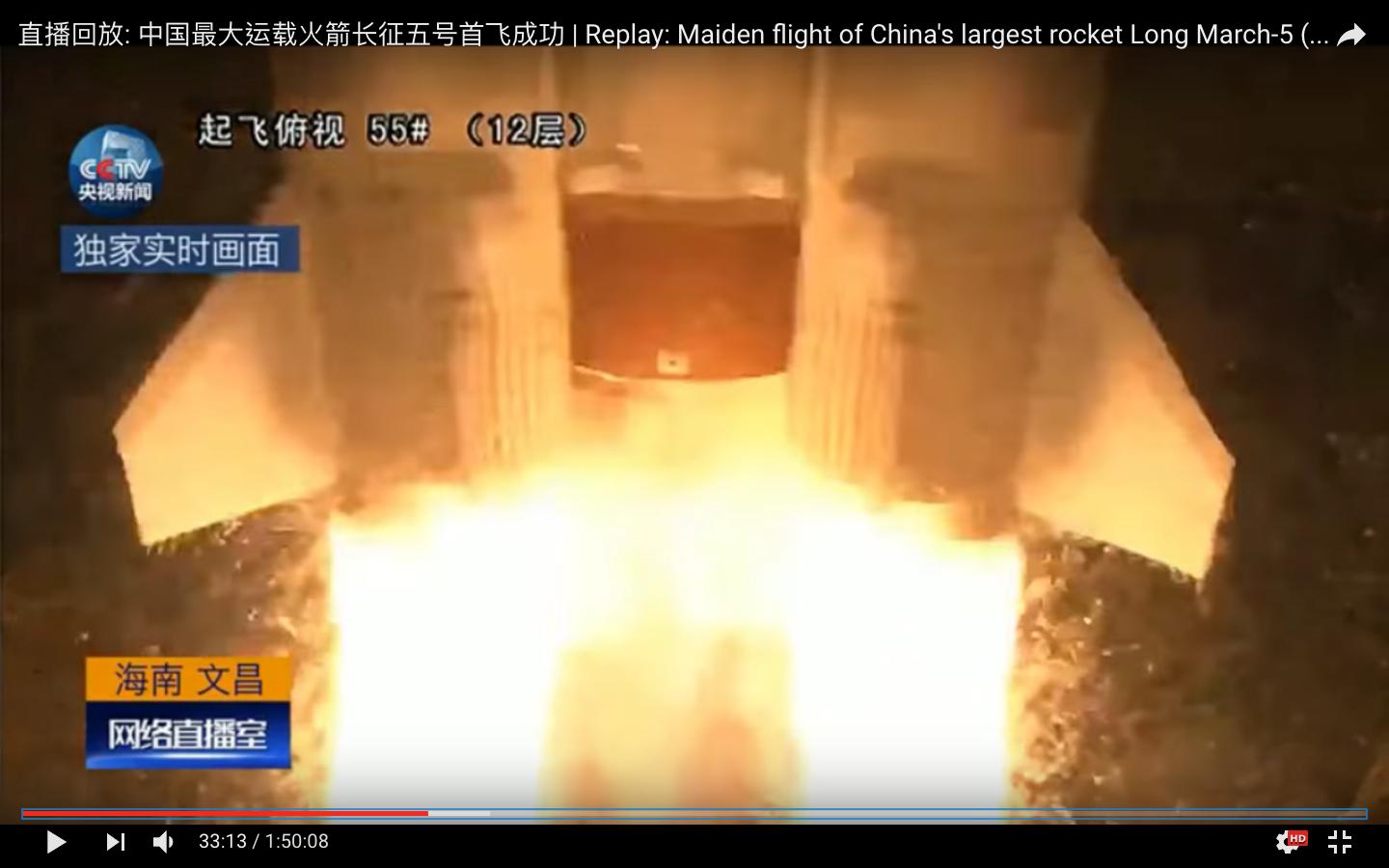 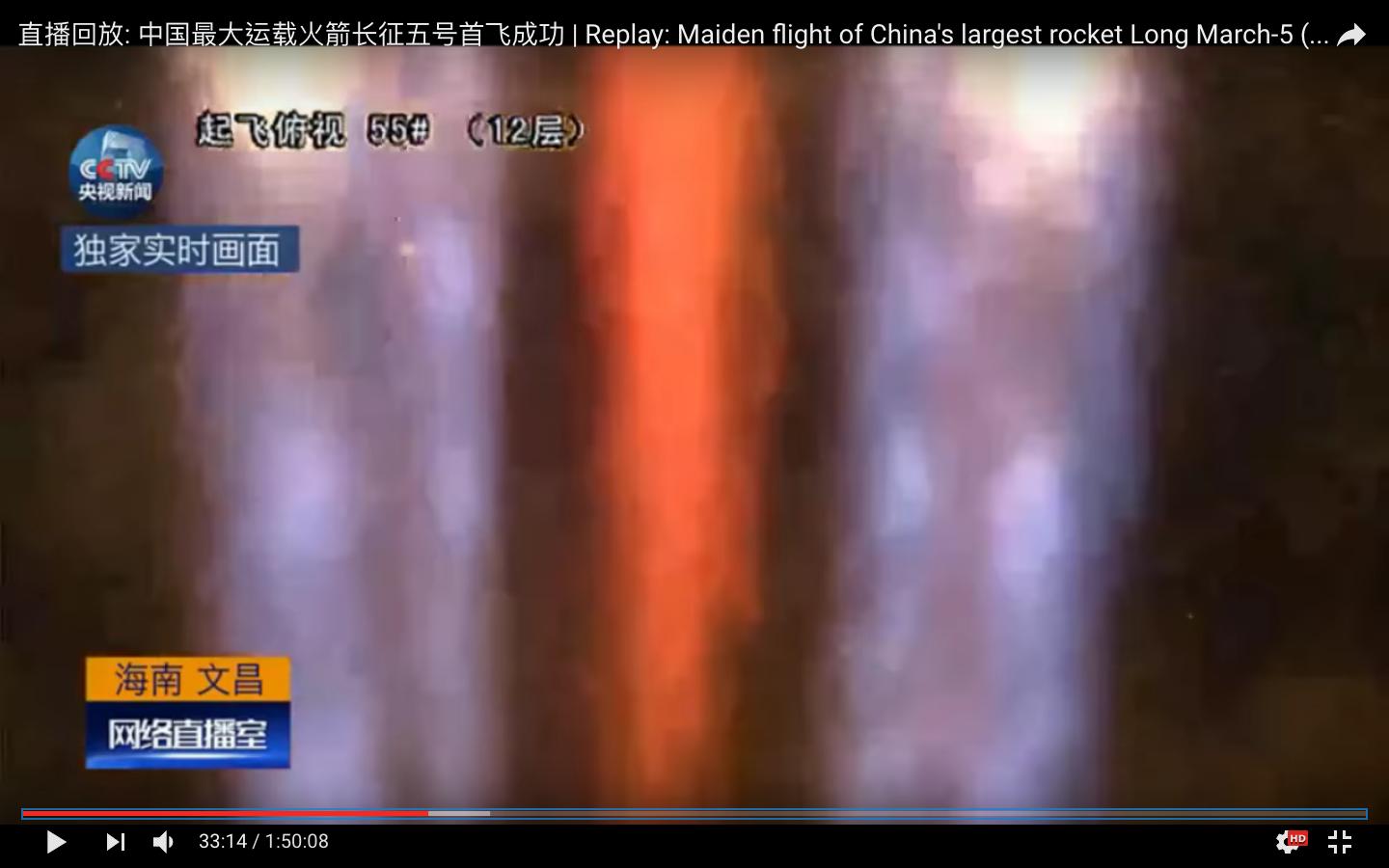 above x2: Screenshots from the YouTube video shown below. Four RP-1/LOX LRBs emit bright white light while LH2/LOX main engine's exhaust is dimmer due to lack of thermal radiation from soot.

above: Long March-5 from Chinaspacereport.

No. The 4 Soyuz boosters are RP1/LOX, this is a design that goes back to the R-7 that launched Sputnik 1. Thousands have been launched.

Liquid boosters are a less common design than solids, but have been produced in greater numbers.

No. The Energia used kerolox strapons.

Not the answer you're looking for? Browse other questions tagged booster spaceflight-firsts long-march or ask your own question.

16
What is this red gas at the exhaust of the Long March 3B rocket during liftoff?
9
What are these four "waffle-like" structures on top of the Long March 2F just launched?
4
CZ-5 plus YZ-2 put SJ-17 in GEO - third stage or separate spacecraft?
7
Are side boosters sometimes angled even if they are symmetrically arranged?
21
Does the Long March-11 increase its thrust after clearing the launch tower?
4
Are these statements about "a first use of grid fins by China" simply wrong?
1
Comparing Long March 5's CZ-5-300 RP-1/LOX booster to Falcon 9 first stage; similar Isp's but very different relative volumes
1
Why do the Long March 3B's strap-on boosters have fins? Is this common?