How much of a problem is space junk, and how can we clean it up?

A lot is heard about space junk these days, but how much of a problem is it really to orbiting satellites? Are there many cases of spacecraft being damaged by it, or is it a bit overhyped?

Following on from that, if it is an issue then what measures could be taken to "clean up" the junk we have orbiting the earth? Is the technology available to do an effective job of cleaning it up?

I actually asked myself that question a while ago. And after some search I found some really good answers and some pretty interesting ones.

Space junk is a huge problem. We spend billions on space programs, and junk should be the least of our worries. Over the past few years it has troubled some scientists, with space debris crashing into communication satellites, causing huge problems and interference with operations. Also the fact that their trajectory is unreliable can cause problems for us to understand and draft a good route to dodge all that junk.

There are a few ideas that have been dreamed up to clean up space.

DARPA's Phoenix Project: DARPA plans on using robots that tag along with communication satellites to launch into space. And once in space they detach themselves and hook onto dysfunctional satellites and try to refurbish them.

Switzerland's CleanSpaceOne Program: CleanSpaceOne is a satellite that goes into space and collects all the debris it can and re-enters Earth's atmosphere, where the satellite and its components burn off.

THE MOST INTERESTING ONE! Japan Aerospace Exploration Agency: They plan on deploying a gigantic net to sweep up space junk back into Earth's atmosphere where it will burn off. They have spent 6 years developing that net.

The European Space Agency: They plan to launch ATVs (Automated Transfer Vehicles). These are autonomous vehicles which can use lasers to detect debris and collect it and send it back to earth.

NASA: They plan on using lasers, not to destroy the junk but to nudge them away from the shuttle's path.

I've been looking into this recently, so I'll leave an answer even though @Chandough's answer will have some of the same information.

How much of a problem is it really to orbiting satellites?

For the satellites in low earth orbit (LEO) it represents a fairly significant risk. The image below shows some of the space junk in LEO that is tracked, taken from this Wikipedia article. The problem is that it is possible that the amount of trash in this region reaches a critical density at which each collision creates many more pieces of debris which are capable of destroying other satellites and the process runs away like a downhill chemical reaction, pulverizing everything in LEO. This scenario is known as the Kessler syndrome, and you can read more about it here. 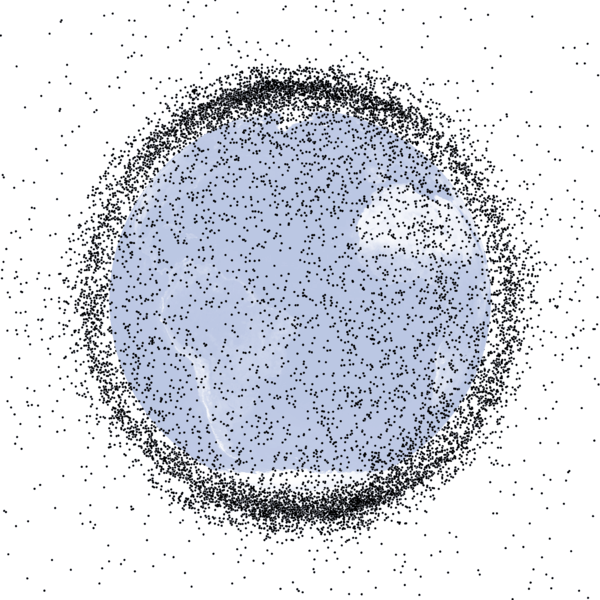 Are there many cases of spacecraft being damaged by it, or is it a bit overhyped?

There are numerous cases which you can read about in this section of the Wikipedia article on space debris. I'll tell here about the most significant one which occurred in 2009 and is documented in this Wikipedia article and this NASA report. That collision was between two satellites, one an active communications satellite operated by Iridum Communications Inc., and the other a Russian Cosmos satellite which had been out of use since the mid 1990s. They collided at almost right angles to each other, and the initial debris field and the expected debris field 6 months after the collision can be seen below. All of the pieces tracked in these images are capable of destroying another spacecraft if they were to collide with it!

What measures could be taken to "clean up" the junk we have orbiting the earth? Is the technology available to do an effective job of cleaning it up?

I think @Chandough did a pretty good job on this one, but there is one idea which I quite like that he didn't mention so I'll tell you about it. First, the difficulty with sending a satellite to grab the junk is the fuel cost of constantly readjusting the orbit to get from one piece of junk to the next. The Sling-Sat (pictured conceptually below) will try to avoid this by using the space junk to propel itself from one piece of junk to the next. It will do so by capturing a piece of junk, then ejecting it with the right trajectory to simultaneously adjust its orbit to get to the next piece and adjust the orbit of the trash to reenter Earth's atmosphere (lower the perigee). It is still in the feasibility study stages, but you can see a video about it here. 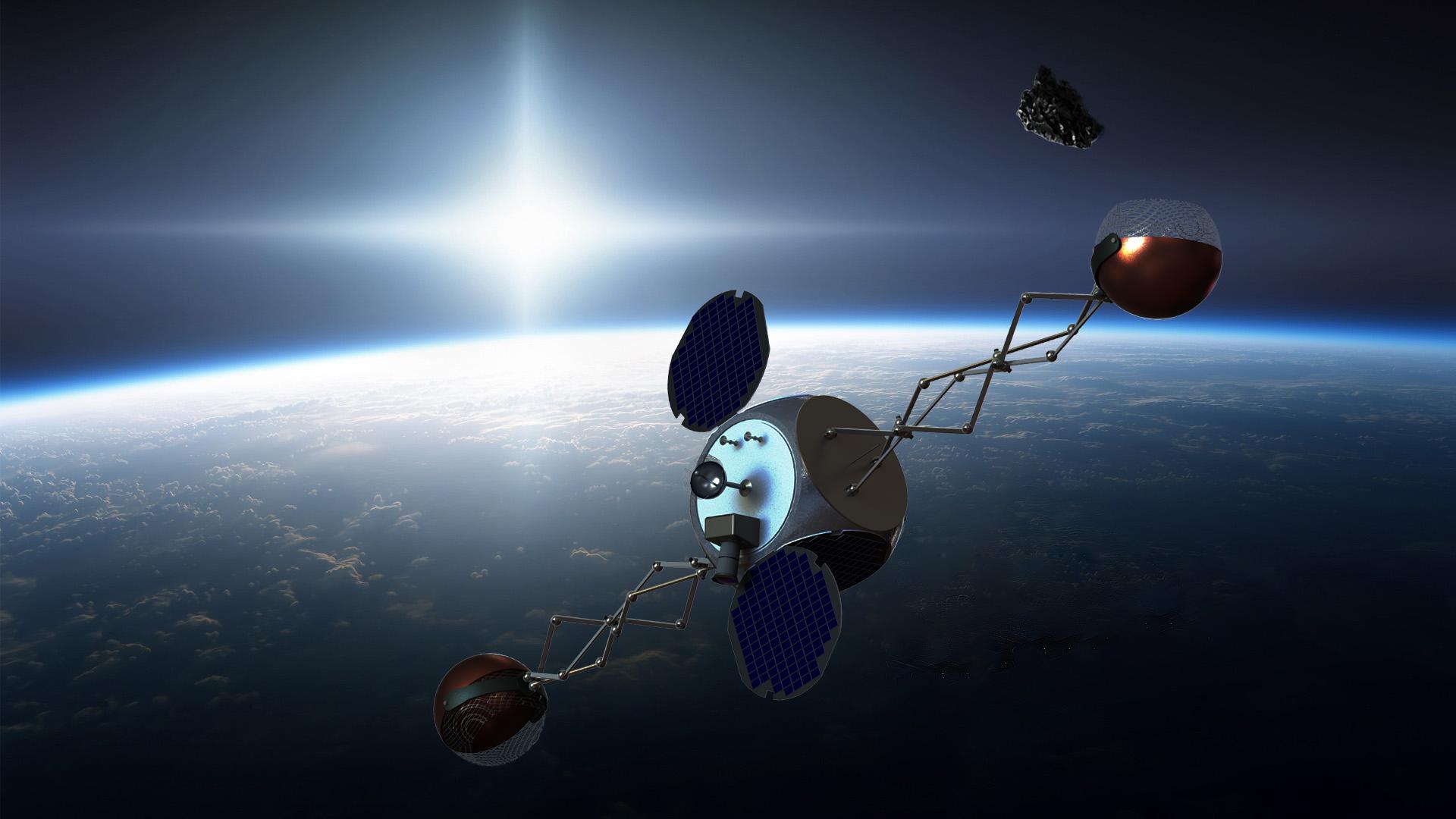 Let me begin by touting the Anime Planetes which has as it's main plot device; space junk. Space Debris is a serious problem. It is so big of a deal that when you are planning to launch anything, you have to plan in a method of disposing of it at the end of the useful life. There are even orbits for dead stuff so that they don't interfere with other equipment. The means that is portrayed in the animation is to have people in space searching for an retrieving it. Apart from that, all current strategies are around avoiding the debris in the first place.

0
Who will remove orbiting space debris?
21
Any possible setbacks in deorbiting larger space junk and let it burn up upon reentry into atmosphere?
17
Traveling through the asteriod belt?
10
What is being done to cleanup space of junk, particulary laws and litigation?
8
Why is space junk so persistent in LEO?
1
Chances of man-made satellite colliding with space debris

18
Criticality in space junk
18
Can I get higher with Space Junk?
13
Do space agencies take measures to prevent spent upper stages from becoming space junk?
8
Why is space junk so persistent in LEO?
6
How can space junk be dangerous at geosynchronous orbits?
3
How much of an issue is space junk going to be for future manned mars missions?
8
How would a laser "shoot down" space junk?
5
Do space organisations take the positions of space junk and satellites into account when launching?
2
How is 'space junk' monitored pre-launches and when picking satellite orbits?
1
Project Pluto asks: "Should high-flying space junk be better tracked? Perhaps by an 'official' agency of some sort?" What would it take to implement?