Can a blimp dead drop on Mars or Earth this way?

I saw a space jump where someone had exceeded the speed of sound before the air slowed him down enough to deploy a parachute, because the air was not dense enough to tear him apart in the upper atmosphere.

On Mars: Can a blimp also enter the atmosphere at an angle with a skip entry and will the gradual increase of air pressure be enough to lessen the need for retrorockets or heat shield?

It would be inflated outside the atmosphere and inflating during entry with a stiff under body.

If an entry is only possible at slower speeds for this, could a blimp skip all the way around the planet like a skipping stone to water or skis to water to slow down if the surface on the bottom is large enough and the blimp light enough?

That should prove to be very difficult, but I think it depends how long the blimp would have the form of a blimp. Let me say why:

First of all:
The jump you are referring to, was a PR-event so I'm not gonna mention names. However the jump was not a re-entry from space, it started in the Stratosphere, some 25km above the ground, while low-earth-orbit (LEO) is at about 300-500 km.
Reaching the speed of sound up there (or Mach 1) is easier, because the speed of sound changes with height, along with atmospheric temperature, as seen in this plot from wikipedia (follow the blue curve): 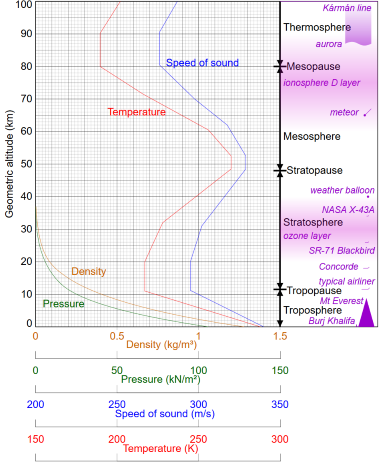 So the alleged record is actually a cheat.

But now to your blimp:
Your blimp will come in at way higher speeds than Mach 1. The temperature on Mars is roughly a factor of $\sim 2$ lower than on Earth (measured in Kelvin), so the speed of sound there is also a factor of 2 lower. But then an object coming in with the same velocity as on Earth will have Mach 2 instead of Mach 1. Or 60 instead of 30.
This is important, because objects coming even from LEO on Earth reach Mach numbers of 30 (like the ex-space shuttle) and then have trouble getting rid of the heat.
And the higher the Mach number and the bigger the surface area of your object is, the more heat you'll have produced during re-entry. So you will want to make your blimp very compact for Mars atmospheric entry, and inflate it later. Then you need boosters to slow down, as well as tanks for the blimp becoming a blimp. I have no engineering perspective on this, how feasible that would be.
Additionally you'd have to be a VERY big blimp, because buoyancy forces depend linearly on the atmospheric density surrounding the blimp, which is ~100 times lower than on Earth.
Thus, your blimp would need to have a $\sim 4.6$ times bigger on all axes to reach the same stability as on Earth.

So to summarize:
The blimp will not enter the atmosphere of Mars with Mach 1, if coming from space. You need to slow it down beforehands, but for it to survive this, the blimp should be packed. And then you might want to think if a blimp on Mars makes sense at all.

NASA is working on an inflatable heat shield. Not quite a blimp, but a heat shield that's inflatable to a size much larger than the probe it's attached to. The extra area helps decelerate the spacecraft. So inflatable structures can be made to withstand the heat of reentry.

Because Mars' atmospheric density is only 0.6% of Earth's, a blimp's lift will only be 0.6% of its lift on Earth.
The Hindenburg could carry 90 passengers on Earth. It weighed about 200 t. It'd be able to carry about 1 passenger on Mars. A blimp would be lighter (Hindenburg was a rigid airship), but you can see you'd need a ridiculously large structure to ensure a soft landing. To compare with curent landing methods: one passenger is well within the load capacity of Curiosity's sky crane.

Yes, at least in theory, but in practice there is very little atmosphere on Mars, so your blimp will have to be huge, or the payload very small.

Regarding your recent edit: No you can't just bounce around the atmosphere to slow down with a blimp.

Unlike water, there is no clear limit between space and atmosphere, which leaves you with two options:

=> This will eventually decrease some (i.e. not nearly enough) of your speed, until you will enter phase 2.

This has been used multiple times by satellites, and was first used by the Hiten mission

To generate enough lift to ascent and skip the atmosphere like you describe, you need too have substantial atmosphere. By the time you reach the point where you can do this, this is what you looks like: 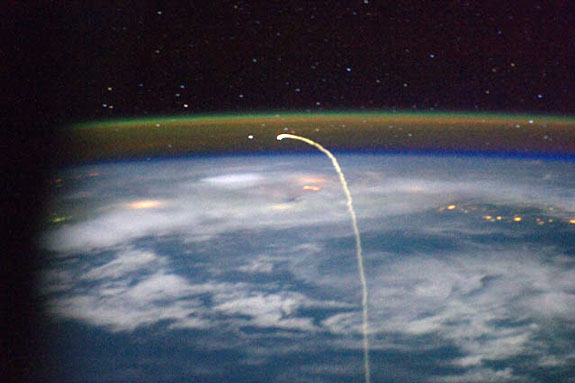 A giant ball of fire. A blimp cannot survive this since it cannot afford to carry any significant weight (shield) that would allow it to reenter safely.

There is no in-between: you cannot maintain altitude and slow down gradually until you reach survivable speed.

As a side note: Orbital altitude is a function of speed. If you decrease speed you decrease altitude. That's why you can't do that.

No one used XKCD? the interplanetary Cessna should give a good indication:

The problem is how airships and especially blimps float. They are on average less dense than the air around them, and then float up to a region where the air is equally dense in average as the blimp.

Unfortunately Mars has about 1% of the earths atmosphere in density. Even if the blimp was inflated gently on the surface it might still be denser than the air around it and not float! Now imagine trying to slow down a fall at the speed of sound on an atmosphere barely dense enough to float your blimp...

I'd give the Cessna a better chance of survival.

25
Gliding into the atmosphere
3
Blimp on Earth, but a glider on Mars?

8
Is 'Mars One' a one-way mission for fear of infecting Earth with unknown pathogens?
8
Difference in atmospheric entry for Earth and Mars
5
Is there a way to recover any of the energy of reentry of a Mars lander?
3
Blimp on Earth, but a glider on Mars?
9
Mars Vacuum-blimp Feasability
2
Can air pressure be accumulated this way for a biodome or spacesuit?
2
Is a ballistic blimp entry possible on this way?