Why will GOES-R take a whole year for validation?

I've been reading a few things about NOAA's GOES-R satellite, and I noticed this on the GOES-R site:

...will be placed in the 89.5° checkout orbit where it will undergo an extended checkout and validation phase of approximately one year.

What are they doing in that validation to take a full year? It seems like they could make sure it's working a lot faster than that.

Also, it looks like future launches for other GOES satellites won't take as long for that part of the process. I haven't yet found exact timelines for GOES-S, GOES-T, and GOES-U, but their test phase isn't nearly as long as GOES-R. Why not? 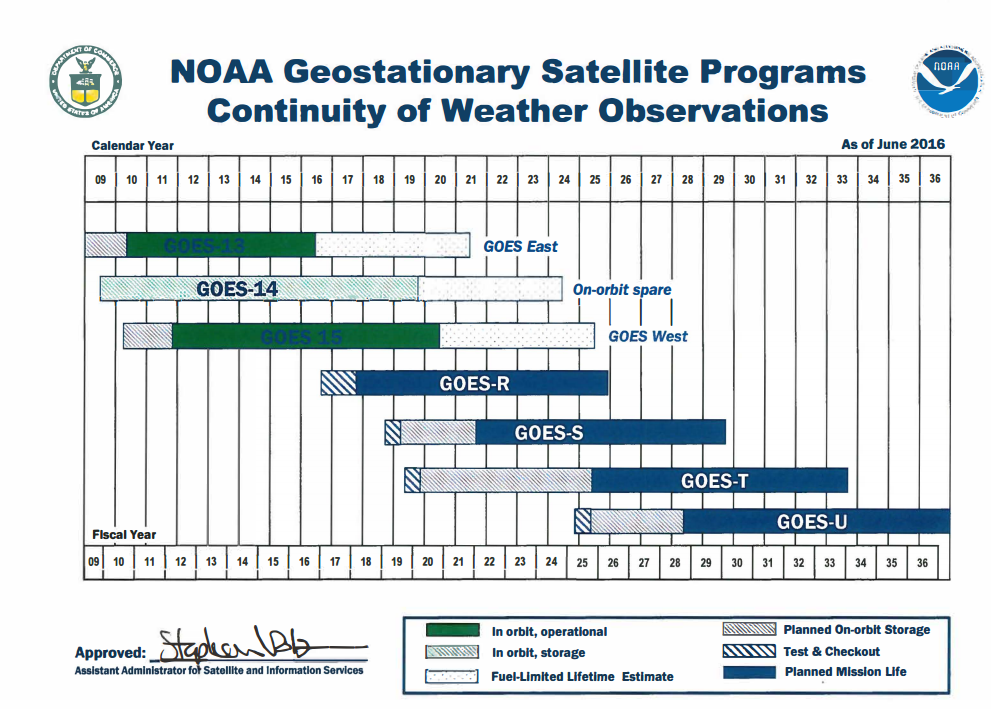 I haven't yet found exact timelines for GOES-S, GOES-T, and GOES-U, but their test phase isn't nearly as long as GOES-R. Why not?

GOES-S, -T, and -U are intended to be exact duplicates of GOES-R. They will have the same sensors and the same operational processes as will GOES-R. Intents are one thing, reality is another. The sensors on the follow-on satellites will inherently differ slightly from those on GOES-R. The validation period for those follow-on satellites will address the slight differences between those satellites and the already validated GOES-R.

The validation period for those follow-on satellites will not address the complex ground processes that transform the raw data transmitted by the satellite to Level 1A, Level 1B, and Level 2 products. Those processes will already have been validated by the time those follow-on satellites are launched. That will take considerably less time than will the validation effort for GOES-R.

Why will GOES-R take a whole year for validation?

This is primarily because GOES-R essentially is a brand new instrument. The goal is to reach what's called "provisional status" within six months after launch. This means that all of the processes that transform the raw downlink to Level 1A products to Level 1B products to Level 2 products are functioning correcting, and that the underlying science in those transformations is basically correct.

There are several key challenges here:

The goal is to have the system at provisional status within six months after launch. That's not quite good enough. Having the system achieve operational status and have the products compare favorably year-round with validation data will take another six to nine months.

Let me add a few other points on top of David's already excellent answer. There are some other fixed timeframes that occur after launch but before the Satellite can become operational:

The above items will be, of course, common to all the launches (R, S, T, U). Additionally, the GOES-R satellite series includes new products and instruments, not yet flown on earlier GOES missions. So, in addition to testing the ABI imager and Ground Station software's ability to process the data from the imager at higher resolutions, as David mentioned, there are three times as many spectral channels to check-out. Also, there are some brand-new instruments on GOES-R, such as the GLM (Geostationary Lightning Mapper), that the ground team could only test using simulated data (instead of, for example, scaling GOES-NOP data to use as test data) up to this point.

Here's a nice publicly accessible document that goes into more of the details of what is planned for testing: Post Launch Calibration and Testing of the Advanced Baseline Imager on the GOES-R Satellite.

Not the answer you're looking for? Browse other questions tagged artificial-satellite testing geostationary noaa or ask your own question.

13
How long does it take for a satellite to reach GEO?
9
Why will SpaceX do Pad Abort test from a truss, not a real first and second stage?
21
Why does SpaceX have a launch window for a pad abort test?
35
Why was AMOS-6 mounted on the rocket for a test fire?
0
How will GOES-R simultaneously point some instruments down at Earth and others sunward?
6
How long does it take for ISS to travel over all possible places of the world one time?
1
Why do we accept elliptical orbits for satellites?
2
What GEO relay satellite will the ISS use for end-to-end optical communication with a ground station?
3
For the Starhopper testing, how will SpaceX hold down the vehicle?
5
Why are images from DSCOVR EPIC unavailable for certain dates?