I just read about Cassini's upcoming orbital maneuvers where there's a nice animation showing Cassini's orbits. Here's a frame of the animation: 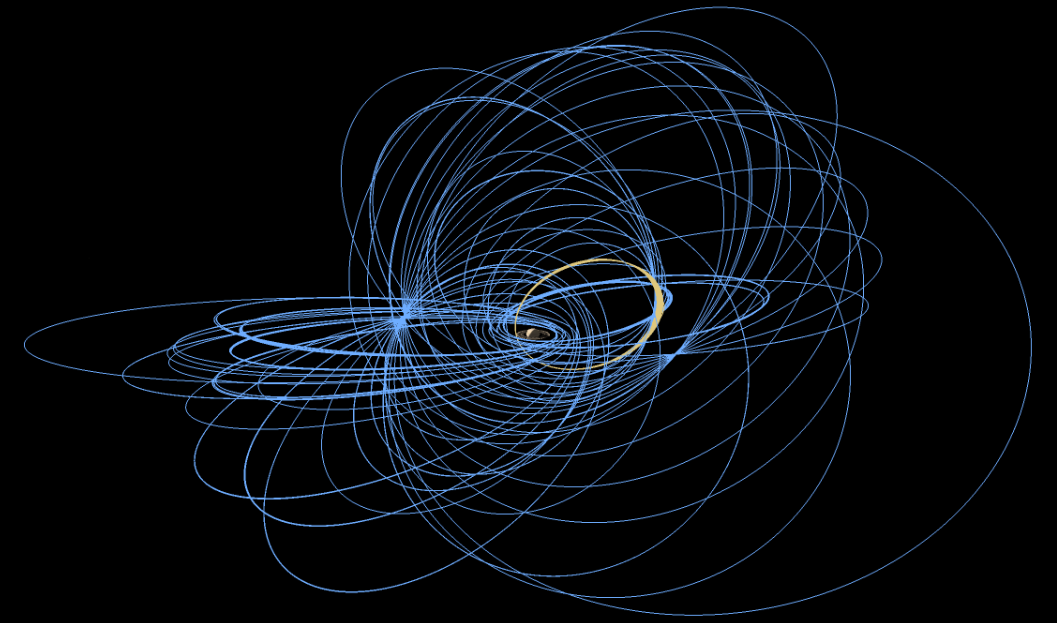 I see a lot of plane changes, i.e. the probe's orbital plane is rotated very often with respect to its previous revolution. I always thought that these maneuvers are very expensive (need to spend quite a lot of fuel): you need to fire around the point where you want the old and new orbits to "touch", the plane change axis, and from what I remember from the days when I was playing KSP that these involve quite a lot of delta-v.

So how are the Cassini people able to pull that off? Either they do have more than enough fuel left to spend it that way, or there must be a way reduce the cost of these maneuvers that I'm not aware of yet.

Is there a way to reduce the amount of fuel spent to rotate the orbital plane to such extreme degrees?

Titan. This is all done using gravity assists from Saturn's largest moon, Titan. Only tiny amounts of propellant are used to target the Titan flybys.

Not the answer you're looking for? Browse other questions tagged orbital-mechanics orbital-maneuver cassini or ask your own question.

9
At which point would two GSO/GEO satellites with similar orbital elements be closest to each other?
5
Is Cassini's 183rd burn; some kind of engine record?
7
Unravelling Cassini's “ball of yarn” orbit around Saturn, tabulation of propulsive maneuvers?
9
Oberth Effect for non-tangential acceleration
3
Optimal change of argument of periapsis?
4
Optimal transfer between to identical orbits with different RAAN
5
Does Kerbal Space Program have a software migration path to Lagrange points, halo orbits, and other 3-body goodies?
8
Phasing maneuvers; methods to travel between satellites with very similar circular orbits