Why aren't we sending quadcopters to mars?

After watching the MARS series on National Geographic I noticed that they sent one of their crew members down a chasm to check for ice. I wondered, why they did not just take a regular commercial drone with them and explore the chasm with that?

Immediately after that, I realised, we have only been sending rovers to explore Mars till now (which was confirmed here). I think this is far too inconvenient to explore Mars. I understand a rover is more useful if you want to analyse the compounds in the surface of Mars.

Drones could cover a large area in a short time (depending on sunlight). Rovers have covered 40km max on their own: 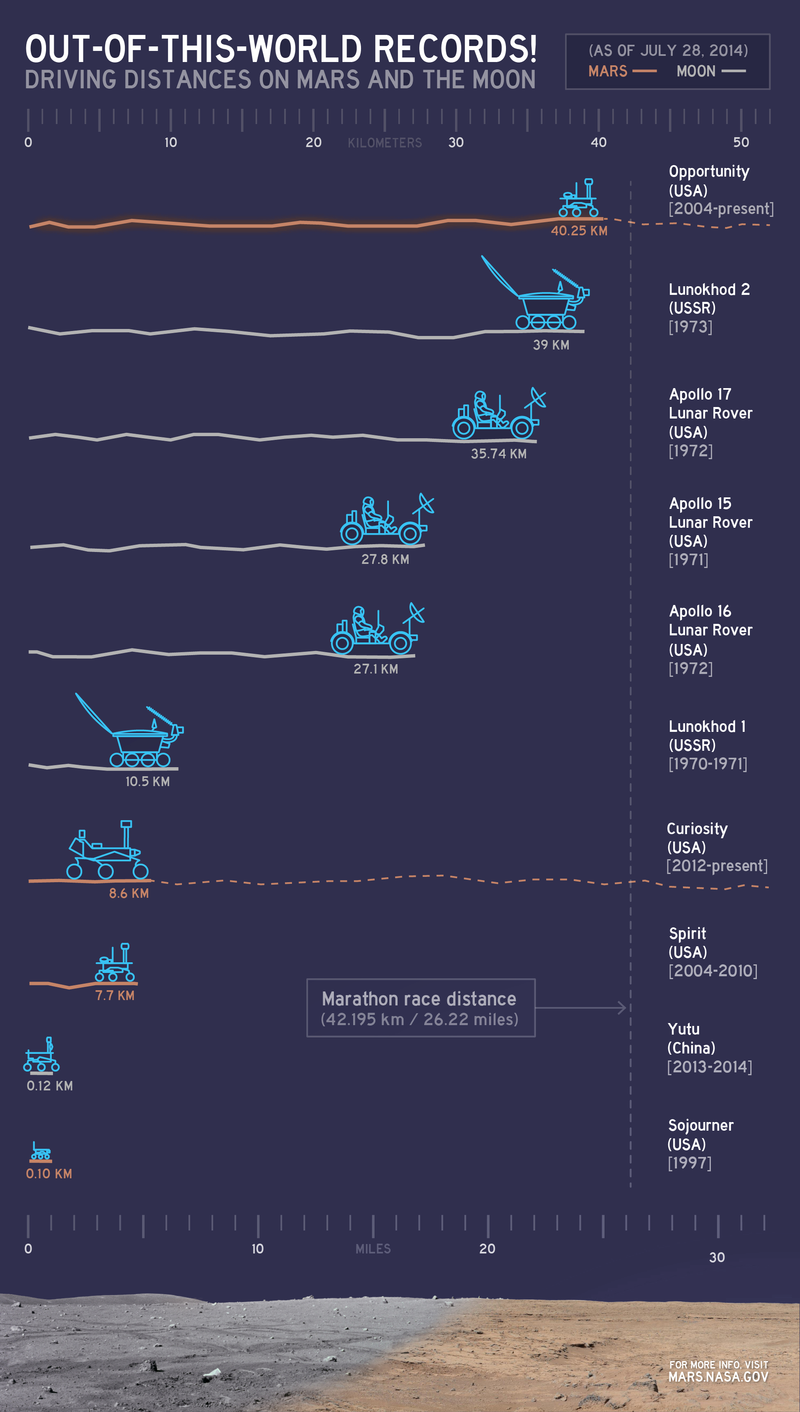 If we are actually searching for present or past life on Mars, drones would come in way easier; they can fly right over large stones, (or into) chasms and other uneveness on the surface of Mars.

In my eyes, only energy supply would be a problem; however, this is solvable by landing the drones in sunny spots... which drones can find easier.

So, what's the deal?

A consumer drone that can lift 0.5 kg (total weight of airframe and payload) on Earth, can lift 7.5 grams on Mars. This means you need a large aircraft to accomplish anything.
(thanks to a comment by Russell Borogove): A drone massing 0.5 kg carrying 0.5 kg of additional payload on Earth must produce 1.0 kg-f of lift to hover; on Mars the same drone produces about 0.01 kg-f of lift (or less) but needs 38% of 0.5 = 0.19 kg-f to get off the ground with no payload.

This also explains why it hasn't been done yet: only recently have batteries achieved the power density you need to get a drone to lift off at all on Mars. In the last 30 years, batteries have doubled in energy density, with most of that change happening in the last 10 years due to the increased popularity of mobile phones. 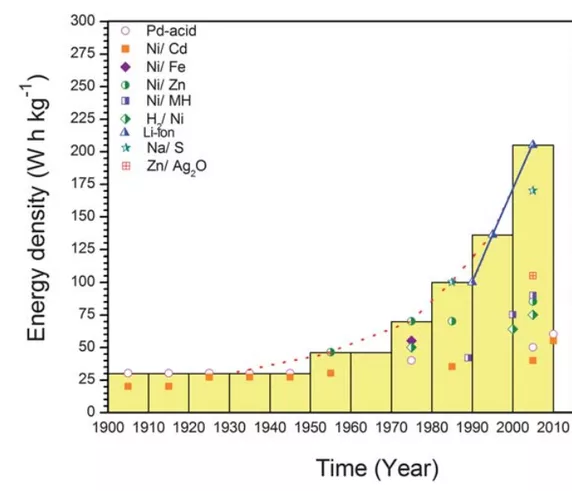 Until now, helicopter flight on Mars just wasn't possible because an engine and power source powerful enough to fly the aircraft would be too heavy to be lifted off the ground.
And electric power is the only feasible technology for aircraft on Mars. An internal combustion engine would need oxygen as well as fuel, and you'd have to transport them to the aircraft (too expensive), or make them in-situ (theoretically possible, but has not been demonstrated yet).

NASA is looking into adding a drone to an upcoming mission.

Individual daily flights would be limited to just 3 minutes or so due to power constraints. The helicopter would likely fly as high as 330 feet (100 m) and cover a ground track of about 2,000 feet (600 m) each day, the researchers said.

An additional issue that needs to be addressed: such a drone would need to be completely autonomous, or at least have an autonomous controller (rover?) on the Mars surface.

The drone in your example is piloted remotely, but the signal delay between Earth and Mars varies between 4 and 24 minutes (one way), depending on their relative orbital locations.

At some level, this implies the military-grade hardware you wanted to avoid.

To address some of the comments, don't forget that you don't have any GPS for guidance. Your drone needs to be able to take an entire sequence of commands, execute them with complete autonomy in harsh, uncertain conditions, and report results for further analysis. Yes, it's "just software", but that's handwaving away some pretty significant hurdles.

So here are some of the harsh conditions that such a device would need to deal with:

To complement Hobbes' answer with a few numbers, a basic comparison of the power requirements for a lifting rotor on Earth and Mars is presented:

The approximate ratio of surface atmospheric pressures of Mars and Earth:

The approximate ratio of surface gravity, and therefore required thrust on Mars and Earth:

From actuator disk theory, the power requirements of a rotor scales via the following:

Therefore, the same rotorcraft on Earth would need around 2.1 times the power to lift itself on the surface of Mars.

Side note, to achieve the same power requirements, you'd need to beef up the rotors to 4.42 times the disk area.

Actuator disk theory is the most basic and idealized analysis you can put forward for this kind of problem. It neglects a whole host of effects like blade drag, compressibility, etc, which all tend to increase the power requirements even more.

Note that as with all aircraft, the more power you need, the bigger the batteries and motors you require to fly. This leads to greater required thrust to lift those bigger motors and batteries which increases power requirements. Extend this argument and you can see that the power requirements and hence the weight of the aircraft tends to snowball. Pop this on a rocket and it tends to snowball the cost of the launch and delivery system too.

Added note: another factor to take into account is Mars low sound velocity due to its low temperature, and the fact that to produce enough lift, a rotor would have to rotate at very high speeds. In such case, a great proportion of the rotor would be in a supersonic flow, and in such cases, the lift is generally entirely lost due to the aerodynamic shock. One side note: if we didn't have this phenomenon, the rotor would naturally rotate at much higher speeds for the same power than on Earth since the air resistance from Marsian athmosphere is so low.

You're looking on the wrong planet.

As others have said, Mars's atmosphere is too thin for a drone to generate sufficient lift. It's also worth pointing out that satellites can do and have done a very good job of mapping planets and moons from orbit, even being able to detect possible water using spectrographic techniques.

Venus, on the other hand, has a very thick atmosphere, and surface temperatures that are inhospitably high. Flying probes, both of the heavier than atmosphere type and the balloon / airship type have been proposed for that planet.

The trouble is, there's not that much of interest to be seen at height, so some proposed missions have decided to have a surface rover for exploration, too, with the main computers and interplanetary radio flying around in the relative cool of the upper atmosphere.

Here's an example proposal. We'll see if it becomes reality.

This supplemental answer may be of some interest to the use of quadcopters on other solar system bodies. The Phys.org article Researcher sets eyes on Saturn's largest moon describes the potential application of large (~2 meter) quadcopters on Saturn's moon Titan. A surface gravity of only 0.14 that of Earth and a surface pressure 1.45 that of Earth's are much more accommodating to an aircraft than those on Mars. 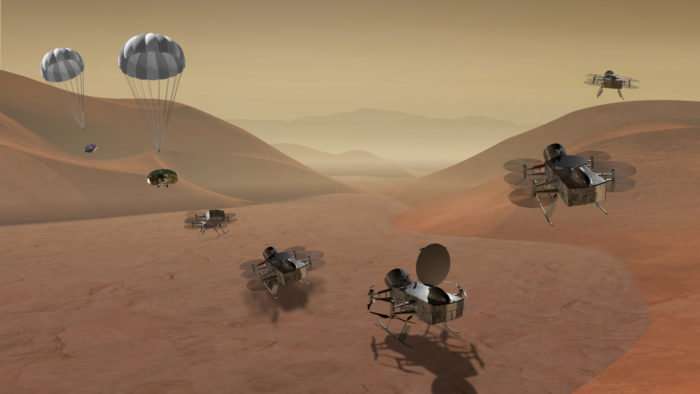 33
How could one navigate on Mars?
27
Could a helicopter fly on Mars?
4
GPS constellation for Mars
3
Is it possible for entomopter to fly on Mars carrying payload of 1-2kg?
1
Does the Dragonfly project (quadcopters on Titan) envision attached RTG's or would they be static and revisited for charging?
3
Closed oxygen cycle methane-burning internal combustion engine for Titan rover/helicopter? Works like a battery together with RTG that won't freeze?
1
Could robotic ornithopter have all energy it needs to be able to fly from solar power?

23
Why do the Mars rovers move so cautiously?
5
What (if any) science can be done only by sending people to Mars?
12
Why should the Mars 2020 rover drop drilled cores along its route to be picked up later?
5
Which is easier to build on mars per square kilometer; greenhouse windows or photovoltaics/LEDs?
3
Why doesn't the perchlorate on Mars' surface oxidize metallic meteorites?
8
Significance of methane on Mars
3
What are the advantages to sending a person vs robotics to Mars?
0
Why a rover bounces after landing on Mars?
4
Why is NASA sending wavy grousers to Mars?
8
Sending Mars rover to the Moon